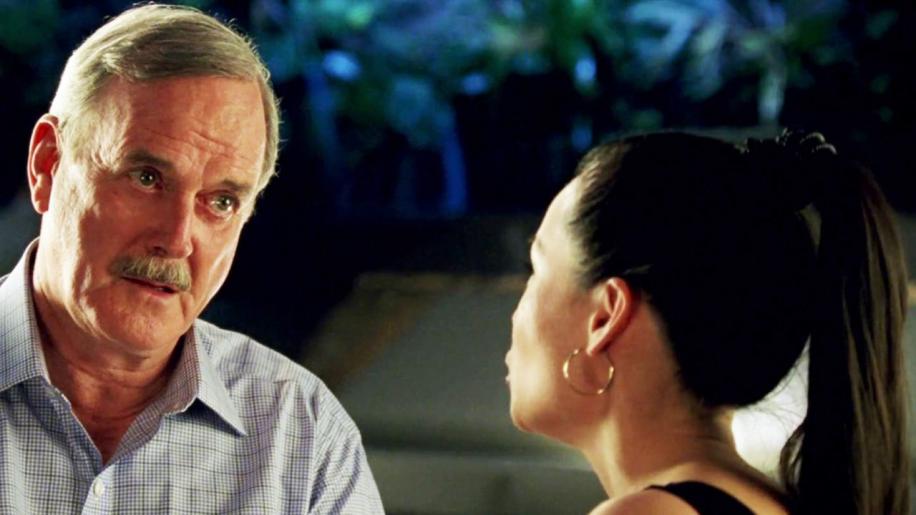 Boasting a Mastered in high definition tag on the back cover of the box, the 2.35:1 anamorphic transfer does look reasonably good. The director likes to use over saturated colour palettes and it is this technique that causes some problems. Bright reds used to overlay during a scene inside the cargo hall of a ship shows quite alarming levels of noise and blooming. There are also instances of compression effects during darker scenes with Mpeg blocking being seen.

However it is not all bad, the bright scenes on a south Californian beach looks highly detailed with excellent colours and natural flesh tones on show. Most of the close ups looked good with lines and pores clearly visible, only the wider shots suffer from softness in the image.

Overall the image is more than acceptable with only a few scenes letting the side down here and there. The layer change is at 1h10m and during an action scene but its not overly noticeable.

One word describes this sound mix and that's Loud. Everything within the Dolby Digital 5.1 (448kbps) soundtrack sounds over the top and unnatural. During the various fast cuts there is a whoosh of sound effects placed all over the room. During the opening titles the use of a Techno version of the Angels theme sounds dynamic and clean, this is inter cut with themes from the 80's as we learn more about the girls past all sounding clean and clear. There is a constant use of the surround channels through all the action scenes creating an enveloping feel to the overly aggressive moments.

During a Moto cross race (30m51s) the use of bullet time and the Prodigy thumping away, the action is well over the top with excellent use of the LFE channel and surrounds with bullets flying left and right and the whoosh again swooping over your head.

It's all good aggressive over the top fun, but along with the film itself it can get quite tiring after a while and we have seen and heard it all before.

This disc offers two Audio Commentaries, one from Director McG and the other with the writers. Both will be of interest to fans of the movie with McG offering an energetic and enthusiastic commentary which covers technical aspects and interesting tid bits from the production. The writers offer a view to how the story and plot(?) was developed and what was added and for that matter cut out of the film.

Also included are several featurettes covering the cars used in the production (Full Throttle), the design and cinematography (Designing Angels), the Hansen Dam stunt (Angels Makeover), the role of the producer (Short Shot), the pussycat dolls sequence along with a jukebox feature and two on the fight techniques. As with the first film these extras are rather light weight and don't give that much detail away.

Rounding off the disc are a music video by Pink and a selection of trailers in Dolby 5.1.

Where the first film was enjoyable fluff, this time around it is just loud, dumb and a real mess. The AV presentation is good and the extras are watch once affairs, I recommend a rental of this title and even then you won't thank me.