The Angels are back, just in time for Christmas… 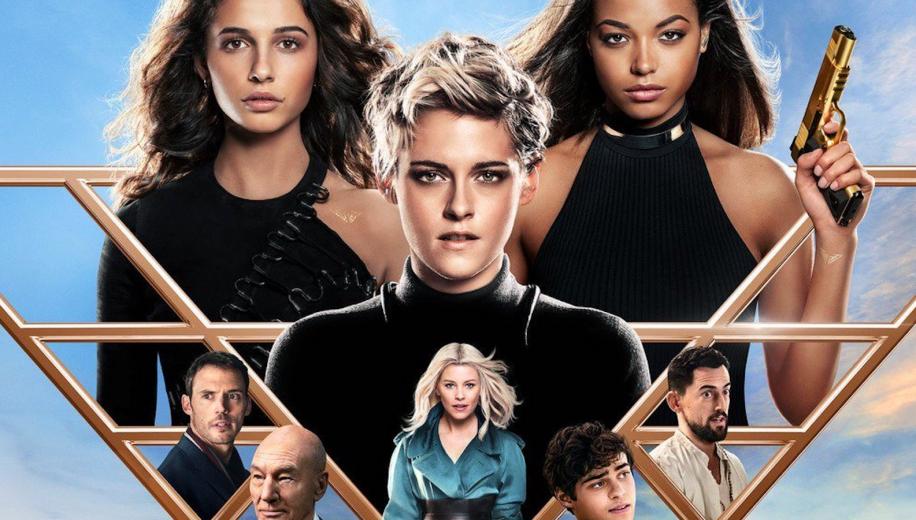 In the latest edition of the classic Hollywood series, ‘sequels no one asked for or really needed’, so enters Charlie’s Angels, an update of the cult classic 1970s television series and the 2000/2003 films starring Cameron Diaz, Lucy Liu and Drew Barrymore, the first of which has sort of grown to be a retroactively-loved guilty pleasure.

In the 2019 version, Charlie’s not just got three LA-based agents, but has grown his shadowy empire into a worldwide corporation with an apparently limitless budget and a legion of operatives. In a clever twist, Bosley is now the generic codename given to handlers across the globe who oversee various espionage missions, with Elizabeth Banks (who also writes and directs) playing the main Bosley in the film.

There are other ways the Charlie’s Angels world has been updated, but none of them are necessarily huge upgrades. The film manages to pack in all the Hollywood action movie necessities – fast-cut fight scenes, expensive car chases, an upbeat soundtrack and incredibly beautiful people – but fails to add much new of note. It is, however, a fantastic addition to the Angels series, with plenty of fun, enthusiasm and spirit that makes it the perfect winter popcorn movie.

Our angels are Sabina (Kristen Stewart) and Jane (Ella Balinska), and we’re introduced to them in an entertaining opening sequence that shows off their spy capabilities. Then we get into the real crux of the film: Elena (Naomi Scott) has invented a sustainable energy source called Callisto, that can actually easily be harnessed into a weapon of mass destruction. For this reason, Elena has decided to contact the Angels to avoid having her CEO (Sam Claflin) sell off Callisto to those with nefarious intentions.


Stewart is the undoubted highlight of the film, putting in a fun, almost zany performance that’s totally against her usual type

Unfortunately, getting the Angels involved – in a remarkably open café in Hamburg – ends up opening rather more than a can of worms for Elena, who is soon well and truly initiated into the Angelic fold and off on a high-speed high-danger escapade. The café scene, plus several following, only amp up the stakes a certain amount, and they do introduce lots of groan-inducing infuriating decisions on the part of the Angels that just make their mission that much harder, but are also enjoyable and move along at a decent pace.

Stewart is the undoubted highlight of the film, putting in a fun, almost zany performance that’s totally against her usual type. Her angel, Sabina, is a bit of an outspoken wisecracker, while Balinska’s Jane is a disillusioned former MI5 operative (there’s no reference to how she can possibly be so young and yet a seasoned professional). Then there’s Scott, who’s winningly sympathetic as Elena, who is the audience’s way into the wild world of espionage. Stewart is really fun and memorable, and Scott is all wide-eyed naivety that allows her character a tiny glimmer of development.


This is a fun film, and it’s unapologetic about it. The costumes are incredible, the soundtrack works well with the film’s up-to-the-minute vibe, and the action scenes, while not perhaps Oscar-worthy, are at least slickly cut and well-endowed with a sense of peril.

Banks’s influence does impact the franchise in lots of positive ways, and makes the film a lot more progressive, empowering, lively and a darn sight less creepy than the previous Angels iterations, which have always been haunted by a lingering Playboy-ish atmosphere. For example, in this film, there’s a very early line about how “women can do anything”, and of course the main characters are all female and of different ethnic backgrounds, and things have certainly moved on since the less-is-more sartorial approach of the 70s series. There’s no sense of the male gaze here.

There’s great pains taken to establish continuity with the previous Angels iterations, but the rest of the film’s narrative is lacklustre. The story itself is pretty straightforward as far as spy capers go, but there’s not really much else going on.


This is a fun film, and it’s unapologetic about it

The whole film is a bit of mixed bag – you’ve got a couple of fantastic performances, a bouncy soundtrack and some really entertaining action sequences, and then there’s the varying fortunes of the lead actresses, some inconsistent cameos and the anti-climactic third act – though Stewart makes it a fun watch.

Banks shows some impressive directing chops with a handful of really well-executed fight and chase scenes, and the film does look every bit your classic contemporary action flick. It’s hard to imagine it becoming a classic, but then again not every release has to be sent straight to the pantheon. It’s entertaining, and there are some hints at a few interestingly political subplots and themes, and it is – above all – fun, so in those ways, it perfectly fits the criteria for a film of this kind. There aren’t any big twists or clever narrative turns, but sometimes you just want an old-fashioned fun night out at the cinema. Stewart’s great performance and some really lively set pieces manage to help the Angels pull it off, just about.