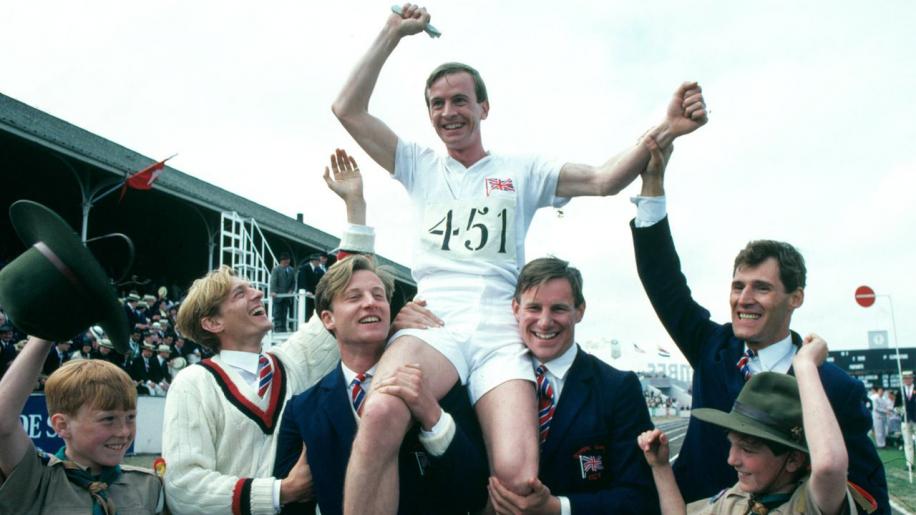 You may not believe this, but until this review, I had never seen Chariots of Fire. Oh, I knew the theme song and that it was a film from the eighties, had won Oscars and critical acclaim and was generally regarded by most to be a fine example of cinema, but it never really appealed to me and before I knew it 23 years had slipped by and I had no idea of what the film was actually trying to say. So, once the disc spun up I was totally unprepared for what can only be described as a cinematic masterpiece, one totally deserving of its awards and acclaim.

As most will already know, the basic story of Chariots of Fire is a recounting of the true events leading up to and including the 1924 Paris Olympics and the great rivalry between two of the greatest British runners of all time, Harold Abrahams (Ben Cross) and Eric Liddell (Ian Charleson). Abrahams is a Jew, highly driven and motivated to succeed against all odds to over come the feelings of prejudice he has encountered to prove he is the best. Liddell, by contrast is a natural athlete, a devout Christian and Scottish missionary, he runs for the glory of God. Our story starts at Abrahams' funeral, and the eulogy given by his great friend Aubrey Montague (Nicholas Farrell) which leads us to a flashback (then flashback within flashback); their initial meeting at the station before heading to Cambridge University; where upon Abrahams, stating he has never lost a race, makes challenge to the Great Court Run. On hearing this, his other great friend also present at the funeral, Lord Birkenhead, makes the challenge and they run the race together, Abrahams narrowly winning, something that hasn't been achieved in 700 years. At the same time, Liddell, a national rugby player was contemplating missionary work in China, but is persuaded, against the wishes of his sister Jennie (Cheryl Campbell) to run in the 100 yards dash. What follows is the story of these two great runners, the driven against the natural. When, in their one and only race together Abrahams looses for the first time ever, he takes on the services of Sam Massabini (Ian Holm) a professional athletic trainer. Thus the stage is set for more conflict, this time between the amateur and the professional, especially against the heads of Trinity who take a very dim view of this behaviour. When the two are chosen to run for their country in the 1924 Paris Olympics, yet more conflict arises; Liddell's beliefs will not allow him to compete on a Sunday, forcing his withdrawal from the 100 yards. Thankfully, due to timely intervention by Birkenhead, Liddell does race but not in the 100 yards. So the great show down never happens, and each race for themselves in separate events in an attempt to prove their own worth.

What makes a good story great is the way it is told and Chariots of Fire is no exception. The attention to detail is second to none, and with such fine actors portraying such fine emotion one cannot help but become involved. The story does start slow and builds on the tension and emotion, up until the actual race, all the while Vangelis' score keeping the pitch just right. It is a testament to the man's genius that his music sounds equally at home in the futuristic Blade Runner as it does this 1924 period piece. The actors are, without exception, excellent, pulling out all the stops to fully charge the emotional content. Hudson likes to use long sweeping takes, the lack of cutting giving the actors the time to spar with each other; each bring out the best in the other; witness the scene when Eric and Jennie on the hill side, as he explains to her his actions and decisions. Another trick Hudson employs is that of slow motion and inter cutting with real time; witness Abrahams Olympic run, a sublime crafted piece with picture and sound at their pinnacle. Stretching a 10 second run into an emotional rollercoaster is no mean feat and to cap it off there is Massibini at the end, Holm breaks us all with just a few movements.

There is very little I can say that has not already been said about Chariots of Fire, so I won't even try, suffice to say that it is a film I should have watch a long time ago and one totally deserving of all the praise and awards reaped on it, as it's still as fresh and interesting today as it was in 1981.