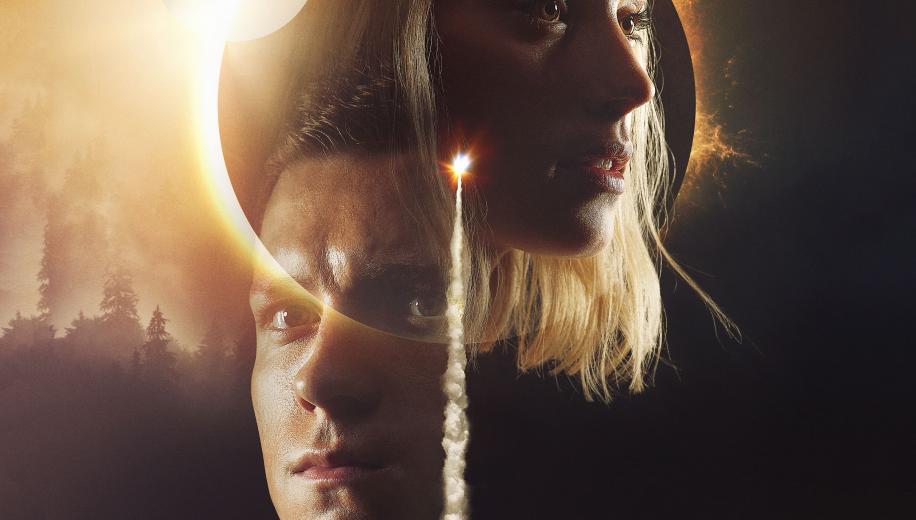 Doug "Edge of Tomorrow" Liman's 2017-shot adaptation of the Young Adult sci-fi book series is a startling exercise in missed opportunities and wasted potential, which doesn't even have the same visual opulence of misfires like Jupiter Ascending.

Every bit the mess that the whole world was expecting, Chaos Walking is yet another prime example of a long-delayed, shelved, reshot production which - unlike fine wine - does not get better with age. It takes some audacious ideas that, with the evidence now before you, were clearly utterly unfilmable, and attempts to position itself as 'the start of a franchise', which is another fatal error that we've only learned in the very decade that this production has gestated over. It feels ragged, unfinished and, perhaps most disappointingly, utterly inconsequential. Less the first book in a trilogy, but more the first act in a story that we are simply never going to see get concluded. What a waste of time.

It's never going to get a sequel, it's never going anywhere, and so it's just the first episode - the extended pilot - in a series everybody knows has already been cancelled

On some planet that's definitely not Scotland on a dreary day, a ragtag town of all men are plagued by having their thoughts visually and aurally appear in clouds around their heads. Some can channel them into projections, but most are cursed by the lack of secrecy commensurate to having your thoughts on show, and when the love child of Fifth Element's Leeloo and Worzel Gummidge crash lands in the camp, all hell kicks off, ruffling the ostrich feathers of the local pimp mayor, and seeing him tear the definitely not Iceland landscape apart looking for her whilst she runs off with Spider-Man to play some exposition games in the woods.

Chaos Walking has got semi-good intentions, and an on-paper pitch which - to prospective producers - probably sounded like it had the potential to go down as a landmark 'original' in the vein of The Matrix or, at the very least, a strong Young Adult franchise which, let's face it, is hard to accomplish after the world drowned in The Hunger Games / The Maze Runner / The Divergent Series. After those three never-ending franchises - wait, The Divergent Series didn't actually end, everybody just got bored and left that ship - which each suffered debilitating hurdles getting over the finish line, it's surprising that anybody is still keen on committing to another one of these potential half-billion-dollar-cost productions, even with the prospect of possibly doubling that a decade down the line. But perhaps that's the problem: this journey started back when people didn't have the benefit of that hindsight.

A decade back, somebody unsurprisingly saw promise (i.e. dollars) in adapting Patrick Ness' Chaos Walking trilogy of Young Adult novels, securing the rights to all three as far back as 2011 (possibly during the Hunger Games high) and finally embarking on an adaptation of the first - The Knife of Never Letting Go - in 2016 (as the Hunger Games high was waning) shooting it in 2017 but finding test audience reactions unforgiving. That led to the dreaded reshoot phase, which was delayed a whole year for Daisy "I'm busy wasting my time on Star Wars" Ridley, causing the feature to miss its 2019 release date and get caught up in the wake of Covid. And in 2021, nobody wants this film. It's never going to get a sequel, it's never going anywhere, and so it's just the first episode - the extended pilot - in a series everybody knows has already been cancelled. Maybe one day filmmakers will learn that first films have to do well as standalone projects before they can even hope to get a sequel, rather than plan for a future that may never happen and waste everybody's time.

Chaos Walking comes to UK shores as a premium rental which, depending on platform, can be found for £15.99 in 4K Dolby Vision (with Dolby Atmos). It doesn't have a huge budget for a sci-fi - particularly once you subtract the cost of the reshoots - so isn't exactly a visually opulent extravaganza in the mould of Godzilla vs. Kong, instead trading in a few impressive establishing shots of space tech, a handful of expansive CG locations, and an otherwise clearly shot-in-Iceland-and-Scotland look which is hardly rippling in vibrant HDR and DV implementation. Nonetheless, some tones - in particular greens - fare better than others, and the main "effect" (The Noise) is at least rendered consistently, seeing iridescent trails surround the majority of characters like plumes of magical smoke, and The Preacher bathed in energetic streaks of fire. It's a mostly cold piece, which could have done with some clever sci-fi tones or filters (c.f. Prospect, which did better on a hundredth of the budget) but we shouldn't complain too much about being able to at least watch it in 4K Dolby Vision on launch.

Wait for it free on Sky or Netflix

And it's a big problem with Chaos Walking that it looks so cheap. Sure, it doesn't have a mega-budget behind it, but it's also not clever about filmmaking techniques and style, instead looking thoroughly unfinished in its 'vision' of Scotland/Iceland as another world somewhere. Perhaps it doesn't help that Liman didn't return for the reshoots, that Evil Dead's Fede Alvarez finished somebody else's work - which never ends well (cough, Justice League, cough) - and that nobody appears to have done anything to it in post-production other than try and get the impossible-to-visualise 'thought' effects right. Audiences may be bored of filters, but damn if this film doesn't really need one.

Ridley shows zero range. She may as well have walked off the set of Star Wars - which is pretty-much what she did - and read from an autocue, sharing absolutely no chemistry with Holland, who tries his best to get something, anything, out of a thankless role which frequently calls upon him to wrestle CG beasties in the water, yet simply doesn't go anywhere with all this side-tracked world building. Which is the second biggest problem. The film is ALL world-building. It's final climax is a first act confrontation in any other movie, which should have propelled the narrative for the rest of the film, not ushered in the rolling of credits. And since we'll never get any more from this (not so) colourful world of opportunities, Chaos Walking is just one big fat example of a waste of money, time, effort, actors, directors, writers and source content. Wait for it free on Sky or Netflix.

Chaos Walking is available on premium rental from all digital retailers from 2nd April 2021, and in 4K Dolby Vision and Dolby Atmos on some platforms, including Apple.
﻿