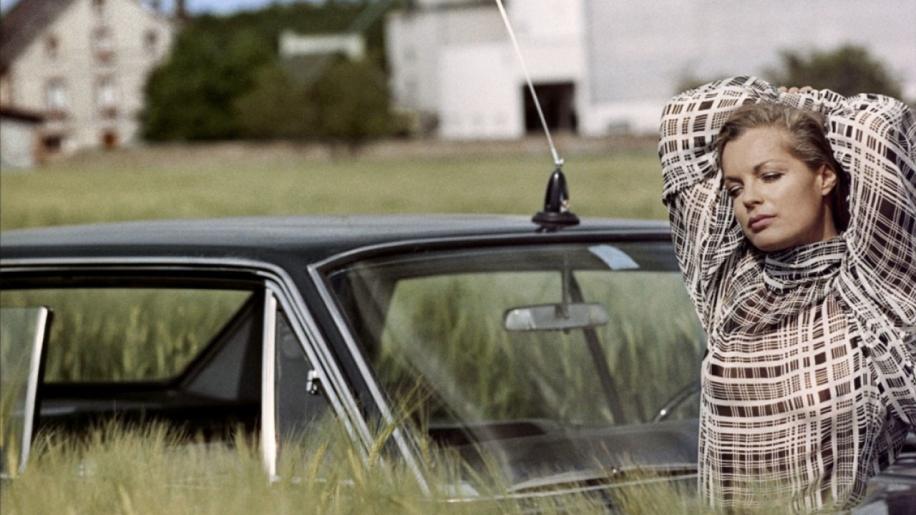 Released to celebrate the 40thanniversary of its cinematic release, this gentle French comedy is the latest in a string of re-mastered blu-rays from Studio Canal. Written and directed by Claude Sautet (Les Choses de la Vie), starring Yves Montand, Sami Frey and Romy Schneider, it tells the story of a vivacious young woman caught in an emotional triangle between her first adolescent love and a suave, successful entrepreneur.

Although described as a comedy, the humour is subtle and quite possibly loses something in translation as well. It’s all pleasant enough, but unlike some foreign movies, I did struggle to follow the storyline through the subtitles as closely as I would like.

Romy Schneider was the archetypal troubled actress. Beautiful and fragile, her life was as tragic as any film script. She was married and divorced twice, bore two children, one of whom died when he was impaled on a fence and she died as much from grief as from the result of a heart attack brought on through an overdose of sleeping pills. Many of her film roles seem to reflect her chaotic life and her character here is no exception. Rosalie is a thirty something divorcee with a young child and good relationship with her ex-husband. She is currently sharing her time between her mother’s home and scrap metal dealer Cesar’s (Montand) apartment. He is a charming man who treats her daughter as his own and provides her a comfortable if unexciting life. Yves Montand’s life who plays Cesar was also not without its moments. Born in Italy, his family moved to Marseille to escape the rise of the fascist dictatorship. Montand took a string a jobs in and around the city before taking to the music hall stage as a singer, eventually ending up in Edith Piaf’s show in Paris during 1944. His film career ran almost in parallel with his singing for much of his life. Married in 1951 and remaining so for over 35 years, his affairs were legendary and included Marilyn Monroe as well as a number of his female co-stars. Even after his death while on set filming the last few scenes of The Island of Pachyderms, he could not rest, having to be exhumed to allow a DNA sample to be taken over a paternity dispute! Recognised as two of the greats of French cinema, this pair could always be relied upon to give strong, emotional performances.

So what of the third protagonist in this tryst? The only surviving member of the trio is Sami Frey as David, now into his 6thdecade of movie performances. A mainstay of French cinema, he is best known as a supporting actor, with over 55 film credits to his name. His character here is that of a young cartoonist and also Rosalie’s early love who refused to marry her and left before things got too serious. He remained friends with her ex-husband and it is through him that he hears of Rosalie’s current life. He meets her at a family wedding and there can be no doubt that the passion is re-kindled. Cesar is of course unsettled by this but chooses just to assert his masculinity in his huge American car rather than confront either Rosalie or David directly. Despite his outwardly gruff and business-like manner, we get to understand that Cesar is both sensitive and so deeply in love with Rosalie that her happiness matters more than his own. Although no ages are mentioned, it is obvious that Cesar is much older than Rosalie and David and this may explain some of actions. He is also rich from his scrap dealing and makes a few extravagant gestures during the film.

He allows Rosalie to make her own choice, but begrudges her choosing David over himself. Through a series of tableaux we see the inner battle that rages within Cesar. He wants only the best for Rosalie, but cannot accept her being with another man. The old French ploy of using a little light partial nudity to let us know that the lovers have consummated the relationship is used here, but it is brief and not at all out of keeping with the rest of the movie. Cesar’s temper spills over into threats and eventually violence against David, who despite being the younger, fitter man does not retaliate. When Rosalie hears of Cesar’s actions, she decides to leave his sphere of influence and runs away with David. Cesar follows and eventually wins Rosalie back. He recognises that she is not happy though and brings David to her. The three way relationship is not to her liking however and she soon leaves, taking her daughter and all their possessions with her, seemingly forever. This could have been the end of the story, but instead the rivalry between David and Cesar leads to a long lasting friendship. Cesar abandons any search for Rosalie and moves on, as does David who becomes buried in his burgeoning career. With their lives seemingly settled, only one thing could possibly disturb the peace and of course who should show up in the final frames of the film…

So where is the comedy in this romantic piece? Some of it is lost in translation, but there is limited physical humour and some of the set ups are quite humorous as well. The actual locations and sets are wonderfully atmospheric and great care has been taken with the look of the whole film. Despite being set in the 1970s, fashions and colours have been kept a little muted and this helps to prevent the film feeling too dated. Cars are a central prop in quite a few scenes and these have been chosen with great care. From the huge American Plymouths of the early movie through to the Citroens and Renaults of the later stages, the cars help to tell the story, particularly of Cesar.

For lovers of French cinema, there is much to recommend. The story is well written and directed and the characters rich and consistent. For the rest of us, it is a bit harder going. It’s a nice looking piece and fairly easy to watch, but ultimately unsatisfying. The story is quite slow moving there are very few twists or sub plots to make one think too hard. No doubt the market for this will be quite small, but this has not diminished Studiocanal’s desire to turn out well produced re-masters to a high standard.