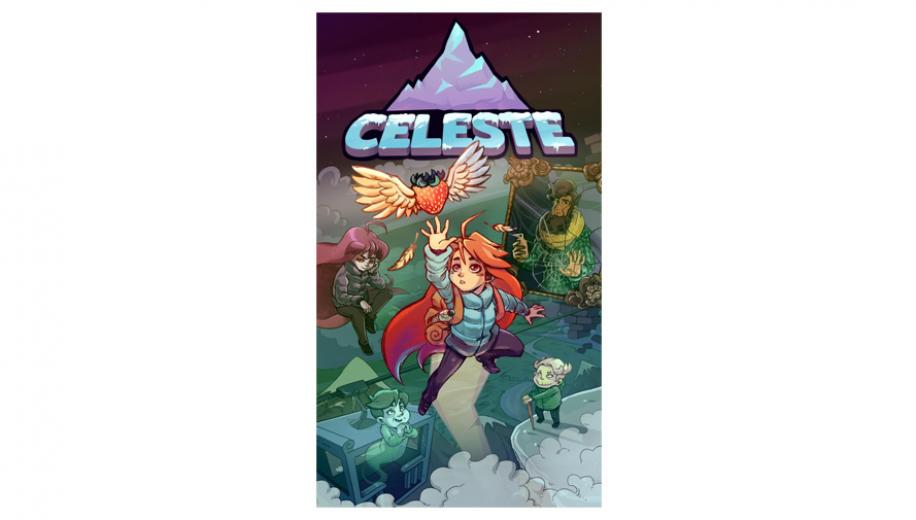 If you were to watch a little out-of-context Celeste gameplay, you'd be forgiven for thinking that this was just another hardcore platformer in the vein of Super Meat Boy or N+. Sure, it looks similar and the demands it places on timing and execution are indeed shared, but Celeste differentiates itself from its peers by offering a beautiful narrative that pulls all of its challenges together and makes overcoming them all the more rewarding. It doesn't hurt that the game's theme is also one of dealing with adversity, making it a practical and physical playable metaphor with a message as strong as its rock-solid gameplay.

That the creator of multiplayer arena combat game Towerfall (a party favourite, in case you're not familiar with that particular wonderful thing) would go on to make a story-driven hardcore platform game was a little surprising, although you won't hear us complaining. Celeste ramps up pretty quickly in terms of its difficulty and complexity, although each room layers on the challenge gradually so that you find yourself pulling off amazing-looking tricks and feats before you even realise just how well you've mastered a mechanic. On top of that, each new area adds its own unique gimmicks, whether that be bubbles that can extend your jumps, dimensional rifts to warp through, shadow enemies that follow your every move, or whatever else besides.

By the end of the game, you're chaining all of that crazy stuff together without even realising just how difficult what you're attempting actually is. Its message is as strong as its rock-solid gameplay

Even once you're done with the main story, your exploration of the mountain is far from over. Strawberries dangle just out of reach on almost every screen, tempting you to put your platforming skills to the test for little more than fruit-grabbing bragging rights. Taking things several steps further are the other, much rarer collectables, with jewels unlocking additional endgame content while hidden cassettes grant access to über-tough B-Side remixes of regular levels, though you might struggle to recognise them with so many extra hazards and missing safety nets. Ace these and you'll have truly mastered the game... well, if you can also beat the entire thing in under half an hour, as the fastest players have somehow managed. Simple genres like platformers are pretty common on the indie scene and as a result, it's easy for some truly special games to fly under the radar. Thankfully, Celeste managed to avoid that tragic fate, in no small part due to the tiny team's former success with the superb Towerfall.

It's as tight and responsive as the best examples of the genre, and that it manages to carry such a positive message while still being an awesome test of skill is just as impressive.

We appear to be in something of a golden age for indie games, with games like Stardew Valley, Undertale and Cuphead all in the running for Game Of The Year gongs in the last few years, and Celeste's quality allows it to sit comfortably among those modern masterpieces as 2018's indie darling and an enchanting game we urge everyone to play.