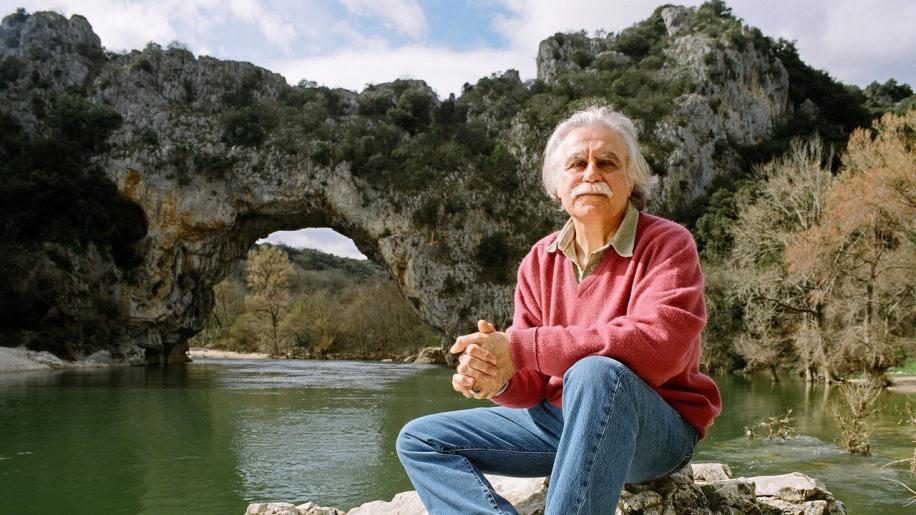 Werner Herzog invites you to witness the birth of the human soul... in 3D!

On the 18th of December 1994, a group of scientists discovered the Chauvet-Pont-d’Arc Cave in southern France. The entrance to this cave had been blocked by a landslide over 20,000 years ago, hermetically sealing the cave and its contents. What the scientists found in this cave was the earliest known human paintings, some dating back over 30,000 years and all perfectly preserved, as if they had been painted yesterday. Realising the cultural significance of these paintings the French government immediately sealed the cave and restricted access, only allowing a few scientists to document and date the contents.

German filmmaker Werner Herzog first became interested in the Chauvet cave after reading an article in the New Yorker called ‘First Impressions’ by Judith Thurman. As a result of this article Herzog began negotiations with the French authorities to gain access to the cave and film a documentary about the paintings that would become Cave of Forgotten Dreams. Finally after a number of years, Herzog received special permission from the French Minister of Culture to film inside the cave. However, this permission was only given to Herzog under very heavy restrictions that would complicate Herzog’s already difficult task.

First of all, any people authorized to enter the cave would have to wear special suits and shoes that have had no contact with the exterior. Secondly, because of the near-toxic levels of radon and carbon dioxide in the cave, nobody could stay in the cave for more than a few hours per day. In addition, Herzog would only be allowed to have three people with him in the cave, his cinematographer Peter Zeitlinger, a sound recordist and an assistant. Whilst in the caves, Herzog and the assistant would work the lights whilst Zeitlinger photographed the paintings and the sound recordist captured ambient noise. The crew would only be allowed to use battery-powered equipment that they would carry into the cave themselves, and these lights could not give off any excess heat. The crew could not touch any part of the cave's wall or floor, and were always confined to a 2-foot-wide walkway. Ultimately, Herzog would be allowed a total of six shooting days and a maximum of four hours in the cave each day.

Prior to shooting Cave of Forgotten Dreams, Herzog had only seen one 3D movie - James Cameron’s Avatar - and he was skeptical of the artistic value of shooting in 3D. The idea to use a 3D camera was first suggested by the film’s cinematographer Peter Zeitlinger, who had imagined before ever entering the cave that 3D might be useful to capture the contours of the walls. Herzog initially dismissed the idea, believing 3D to be, in Zeitlinger's words, "a gimmick of the commercial cinema". After visiting the cave, however, Herzog immediately decided that the film must be shot in 3D so that he would be able to capture the original intentions of the painters who had incorporated the cave wall’s subtle bulges and contours into their art. Sadly since the completion of the film, Herzog has stated that he still feels that 3D is not well suited to general filmmaking and that he has no plans to use the format again.

The 3D camera rigs that Herzog and his team used to shoot Cave of Forgotten Dreams were custom-built for the production using consumer grade components, and would need to be assembled inside the cave itself. The production encountered several technical difficulties in working with the 3D cameras in both a documentary setting and such a restricted and confined environment. At the time of production, theatrical 3D films were typically shot on stages and often used digital manipulation, where foreground and background elements would be shot separately and digitally composited into the finished scene. Techniques for 3D filmmaking in natural environments with a single camera and no compositing were largely undeveloped, and had to be worked out experimentally by the crew during pre-production and in post-production.

Despite all the difficulties that Herzog faced, the resulting documentary is truly amazing, providing the viewer with a chance to see something that few people have had the privilege to experience. The paintings themselves are so well preserved that they look like they were painted yesterday and it is almost impossible to conceive that the people who created them lived over 30,000 years ago. The film beautifully captures the Paleolithic renderings of animals such as horses, lions and cave bears, some in motion like a form of early filmmaking or “proto-cinema," as Herzog himself puts it.

The preservation is so remarkable that you almost feel as though you are going back in time, back to the birth of the human soul, the point at which we became human. Looking at the cave paintings you find that despite the gulf of over thirty millennia, you feel a genuine kinship with the artists and wonder what they were thinking. These aren’t the stick figure cave paintings of popular culture, these are genuine works of art, beautifully composed and dynamically drawn. You realise how much has changed in the intervening 30,000 years but also how little.

When in the cave there is a real sense of being in some ancient cathedral and Ernst Reijseger's understated orchestration complements this perfectly, creating a feeling of reverence that is supported by Herzog’s idiosyncratic narration. Since no one is allowed to walk outside the small walkways there is an eerie tomb-like atmosphere which pervades the film and is complimented by Herzog's pensive, wistful ruminations about mankind. Anyone who has seen Herzog’s work, from his narrative films like Fitzcarraldo to his documentaries like Grizzly Man, will know that he couldn’t make a boring film if he tried and this film is evidence of his wide-ranging quest for the spiritual roots of secular achievement and madness.

Of course, this being a Herzog documentary, he is as much a character in the film as the cave, the paintings and their long dead creators and as always he finds an interesting collection of supporting characters to interview. In one such interview, the interviewee mentions that prior to becoming a paleontologist he worked in the circus and immediately, in a wonderful comic aside, Herzog asks him if he was a lion tamer. During the course of the documentary Herzog tries to discover as much about these paleolithic people as he can, in an effort to understand the humans that created these remarkable paintings. In the film’s coda, Herzog contemplates the cave’s future as well as our own, a philosophical future-shock that incorporates nuclear reactors, warm water and albino alligators. Good old Werner, as mad as ever.

There is no question that Herzog’s decision to shoot Cave of Forgotten Dreams in 3D really pays dividends, as the paintings seem to come alive before your eyes. It is a genuinely moving experience that only 3D can deliver and in that sense Cave of Forgotten Dreams is the first truly essential 3D film. Yes the film can be watched in 2D and still be entertaining but it is only in 3D that its true power is revealed and if you close one eye whilst watching in 3D it is easy to see how flat and lifeless the film could otherwise be. The use of 3D truly aids the appreciation of the curvatures of the caves and the rich dimensions of the drawings, as well as the hand prints, scratches and other remains in the cave.

It is a compliment to Herzog’s abilities as a filmmaker, that despite the restrictions placed upon him he was still able to capture such remarkable 3D images. Given the fact that they are shooting in a cave there is always the danger that the images will be too dark for 3D but Herzog ensures that the paintings are properly lit and he uses the shadows to create both composition and depth within the frame. He also creates interesting 3D shots when outside the cave, at one point attaching the camera to a remote controlled helicopter to capture remarkable shots that have you wondering how they were achieved until the trick is revealed at the end of film. There are occasional problems with convergence and parallax and sometimes the image suffers from inversion but given their inexperience and the difficult conditions, Herzog and his team still managed to capture some incredible 3D images.

Ultimately, Cave of Forgotten Dreams is a remarkable documentary that perfectly combines visual interpretation and narrative insight to provide a unforgettable look at the dreams of both our distant ancestors and ourselves.