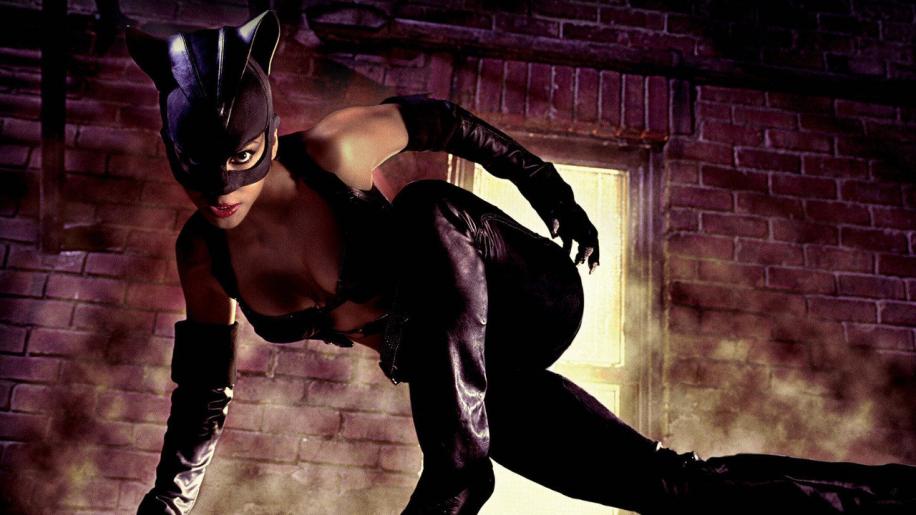 Directed by Pitof (real name Jean-Christophe Comar), whose previous endeavours include Alien 3 (as visual effects supervisor) and The Messenger: The Story Of Joan Of Arc (as visual effects director), Catwoman is, for want of a better description, a very poor movie and seems to have been directed by someone more suited to... visual effects. Think of the original Batman caper; take away Jack Nicholson, and anybody else with the remotest amount of acting charisma; remove all the dark, broodiness instilled by Tim Burton's directing, then replace the bat hero with a cat heroine; finally make sure she's as klutzy as Clerk Kent and Peter Parker... on really bad days, and you end up with half an idea about how unoriginal and tedious a movie this is - actually watching Catwoman caused all “film fun” to be sucked from my very soul.

The story, for what it's worth, goes something like this - Patience Phillips (Halle Berry) is your incredibly untypical meek and mild, wouldn't say boo to a goose's egg, artist/graphic designer. After overhearing the side effects caused by using ultimate beauty product Beau-line, Patience becomes a liability and, rather unsurprisingly, must be terminated - that refers to her life, not merely her contract. Endowed with special powers by a cat she attempted to save, Patience gradually loses her klutziness and finds her former meekness being replaced with man-devouring sex appeal as well as a few, supremely uninspired, super-heroine powers. And so the story is set - Patience/Catwoman is out for revenge... and a new hunk. Enter ex-Law And Order Cop Benjamin Bratt (Detective Tom Lone), who provides the love interest for our feline sleuth.

Sharon Stone (Laurel Hedare) camps it up as the over 40 face of Beau-line ditched in favour of a younger, softer skinned model. Her performance here reminded me of Glenn Close's Cruella DeVille - it's all so camp and pantomimic, and the whole sorry saga lacks depth and substance. Which reminds me - it's been a while since C.G.I. effects looked so... C.G.I. generated.

Although I rate the movie as poor, it does have its good points - I quite liked the scene where Catwoman steals a car, for instance. Yes, it does last all of four seconds, so this little diamond amongst the rough can't quite carry the whole film, but it did provide a modicum of enjoyment. And then there are the stunts - adequate and well orchestrated, yet always looking like well-oiled... stunts. Final nail in the Catwoman coffin for me? The idea that Precious would be investigated and interviewed by her cop boyfriend is just soooo silly that, when combined with everything else that's wrong with things here, I wonder how the movie ever passed the storyboard stage - it's almost as if the whole thing has been made by committee. And I'm left wondering... will D.C. Comics ever get their comic book heroes transferred to a movie the way fans deserve? Roll on Batman Begins...