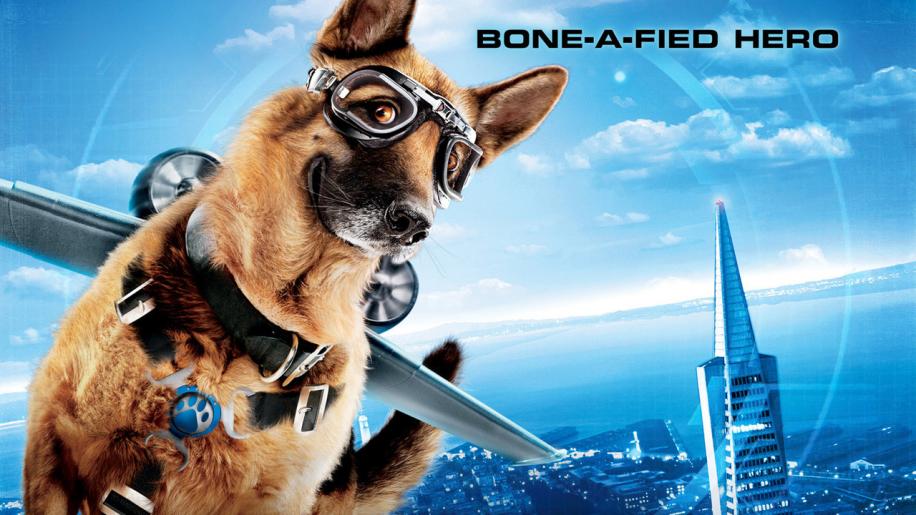 Let me start of by saying I haven’t seen the original film upon which this sequel is based; thankfully, with the exception of one character, you don’t need to have any background information for it all to make sense, however, for the purposes of this review I did a little research anyway. Cats and Dogs: The Revenge of Kitty Galore follows, pretty much, the same format as its predecessor, in that it attempts to answer the question as to why cats and dogs fight – they are locked in an eternal battle over the human race – but with that law established, moves the fight along to a different megalomaniac cat hell bent on turning the humans against the dogs and thus become the dominant species on the planet. Wild idea? You betcha.

So with that idea in place an un-trainable police dog is recruited (don’t ask why) as the latest intelligence agent and through his eyes we witness the true scale of Kitty Galore’s plans for world domination. Voiced by James Marsden the character of Diggs is a typical misfit trying his best to fit into a world by trying too hard, in dog terms he is disobedient, in his world he takes the initiative, which often leads to disaster. Whether that is blowing up a building in a hostage situation in his ‘day job’ or allowing critical intelligence to escape in his agent role, he makes bad decisions and each one comes back to bite him where it hurts. This isn’t the type of film where you expect meaningful characterisation so it’s amazing that the makers took the time to give Diggs a back-story to explain his behaviour, even down to his blossoming friendship with Catherine (voiced by Christina Applegate) the feline spy forced to work with the dogs in the one significant plot change from the original film – cats and dogs working together.

The film is unashamedly aimed at a young audience, the ideas, the comedy, the characters, all are clearly juvenile in their approach – now this is not always a bad thing; all the Pixar films take this attitude, but they aim their sites higher and create believable worlds with interesting characters and a script the involves everyone young and old alike – but Cats and Dogs fails to engage that sense of empathy or enjoyment that an adult wants, except in one aspect. Where the film really succeeds is in its attention to detail to the Bond franchise, from the HQ and Q Branch, to the specialist collars, to the typically Bondian disfigured super villain, complete with pet, their suitably dastardly plan for world domination and evil henchman (Paws, with metal teeth!), right down to the opening credits with silhouetted figures, grandiose sound track and the title of the film. There are a lot of nice touches here, sly nods and winks, that would largely go over the heads of its intended audience, i.e. the under tens, but really made a slack film enjoyable to me. In narrative terms it basically follows the rookie cop/buddy movie, but it moves along with such an alarming pace – at eighty two minutes run time - that you never have time to stop and think about such contrivances. Add in inter-species friendships, a terrific Silence of the Lambs rip-off and over-coming deep-set fears, there is plenty packed in, and considering its lean run time never feels bloated with ideas.

Also, the voice talent is incredible, aside from the leads we have Nick Nolte, Bette Midler, Roger Moore, Joe Pantoliano, Michael Clarke Duncan and Chris O'Donnell to name but a few. As stated there is little emotional involvement with any of their respective characters, the film is not of that nature, neither does it have the run time to accommodate it, but it is an astonishing amount of talent, even if some of the names are just cameo appearances!

So is it any good? Well, not really. Its biggest problem is it is just played too dumb. Yes I did get some enjoyment out of it and it’s over quick enough that it never drags, but honestly I can’t see myself going back to it any time soon, and that for me is the most telling aspect, but, I’m sure its target audience will have a whale of a time.