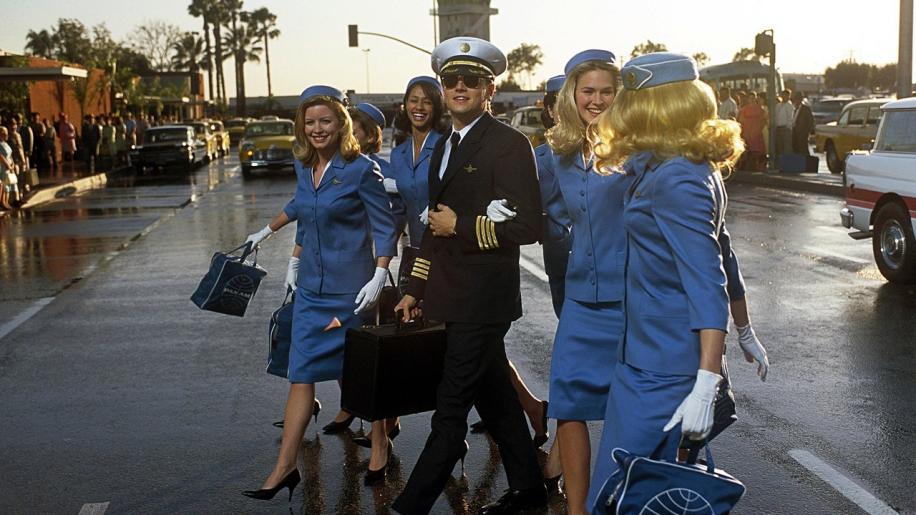 Catch Me If You Can, is inspired by the extraordinary true story of Frank W. Abagnale. At the age of 15, Franks parents decide to divorce and this shocking event forces him to run away from home. Traumatised by his families apparent self destruction, he moves to an apartment block until his money runs out, and the cheques start bouncing. Forced to fend for himself, he devises ways to defraud the Banks into cashing cheques, and before he knows it, he manages to pass himself off as a Pilot for Pan Am, while cashing bigger and bigger cheques, which get more and more authentic. Hot on his trail is FBI agent Carl Hanratty determined to catch Frank, and put an end to his now extravagant lifestyle. During the six year chase Frank and Carl begin to have telephone conversations, with Carl becoming Frank's father figure.

Following on from two rather dark films (A.I. & Minority Report) Director Spielberg takes a complete u-turn in film style and presentation. Catch Me is full of style and fun based in the 60's era, and is storytelling at its best. The casting of DiCaprio and Hanks as adversaries makes for some exciting and funny moments, and the inclusion of Martin Sheen and Christopher Walken in support roles is inspired casting. Catch Me if You Can is supremely entertaining and Fun! Highly recommended. This is the UK R2 version which comes as a two disc special edition. The R1 discs is a single disc edition, but both are identical.