Catch Me If You Can DVD Review 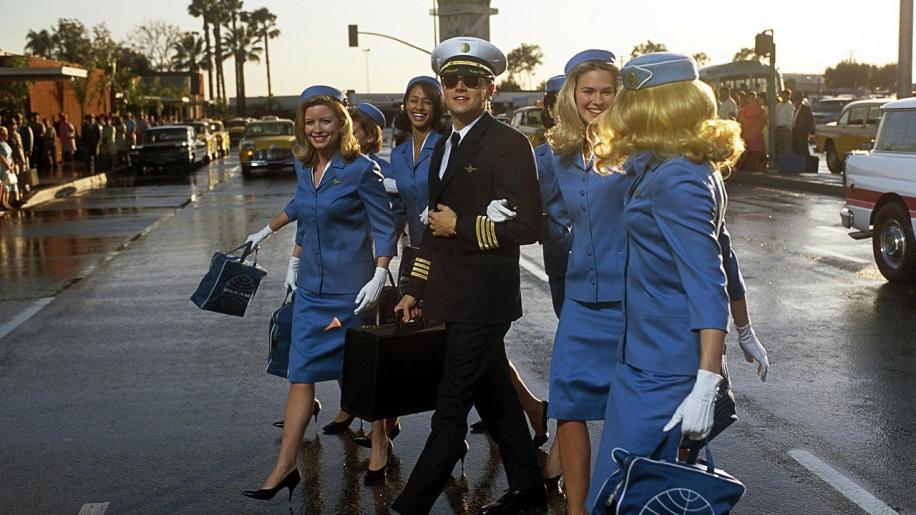 The image framed at 1.85:1 and anamorphic, looks very good indeed. The image changes to conform to Frank’s success. At the beginning of the feature the colours are normal and natural, but as the con gets bigger and better, and the locations change, so do the image colours, becoming more brash and colourful. Set in the 60’s the colour palette contains strong reds and oranges, and heavily patterned clothing. The image holds up extremely well with these set backs, and is extremely natural and lifelike, without signs of bleed. The picture has copious amounts of detail with no sign of edge enhancement or grain. As you might expect with a movie that has just been produced, the print is first class, as is the transfer, top marks. As with most new features these days, we expect first class multichannel soundtracks, and we get both Dolby and dts 5.1 mixes. Both soundtracks are strong and natural sounding, and extremely well mastered. In the case of this feature, I feel the dts track is the more natural of the two, with better and clearer dynamic passages, but the Dolby track is no slouch either. The score from John Williams is again inspired work, with a very strong 60’s Jazz feel throughout the film, which adds greatly to the closing chase and feelings of certain capture as the FBI get closer to frank. There are plenty of excuses for intelligent split surround use throughout the movie, with aircraft, cars, busy airports and hotels all sounding natural and enveloping. A first class soundtrack which adds greatly to the film. Because the main feature is based on a true story the extras feature an extensive look at the making of the movie in some detail. As with all Spielberg films there is a lack of a commentary track, but the documentaries make up for this somewhat. The first is called “Catch Me If You Can: Behind the Camera” and covers the beginnings of the movie, through to the finished article. It has interviews from cast and crew members, as well as the real Frank W. Abagnale, and runs for 17 minutes. The next feature is “Cast Me If You Can” and at 30mins covers the main leads and their casting in some depth. There are also featurettes which cover the real Frank, the FBI angle and John Williams score. Finally we come to archives, with cast and crew details and two sets of production notes, and a 10minute featurette on the overview of the movie and its production. The entire extras package fills the second disc in the set, and makes for very interesting viewing after the main feature, but that Directors Commentary would have been nice. This is Spielberg at his best, enjoyable, entertaining story telling that is sheer fun to watch. Recommended!