A shot in the arm or an unnecessary reboot? 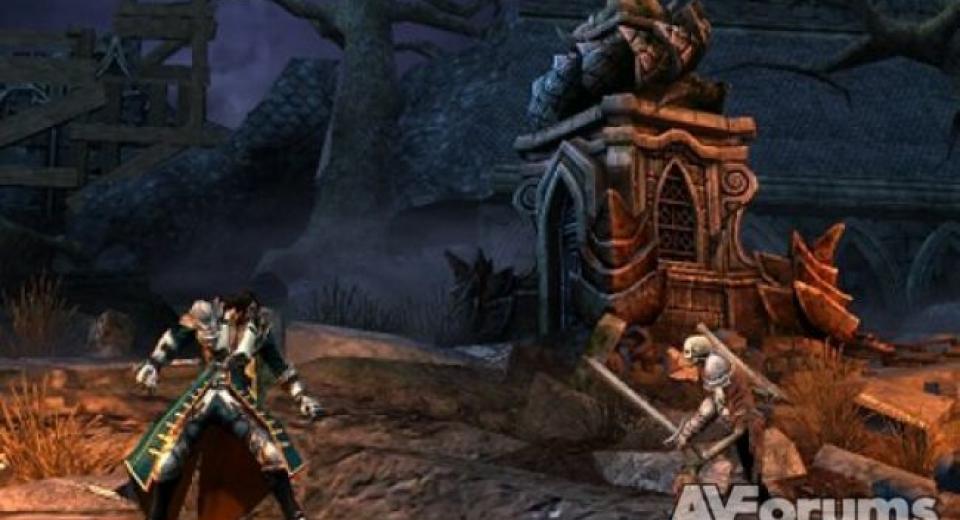 3D Castlevanias aren’t exactly a new thing, and they’ve been met largely with reasonable success, but that’s been on the good old fashioned box-under-the-TV living room console.  A handheld adventure that deviates from the Symphony of the Night template, either stylistically or gameplay wise, is taking a risk.  With the quasi-reboot that was Lords of Shadow managing to garner enough critical acclaim and mainstream plaudits to drown out the gnashing teeth and wailing detriment poured upon it from many of the series faithful, this spin-off soon became less of a throwaway tie-in and more of a genuine opportunity for developers Mercury Steam to score a hit with the lucrative Nintendo portable market.

The dilemma was clear - stick to the linear action-adventure in a Castlevania skin that brought so much success and even Game of the Year murmurings, or revert to a more traditional two-dimensional Metroidvania formula.  The route taken for the final product is somewhere betwixt and between, and is equally likely to displease fans as much as the middle road was intended to appease them.  It’s a 2.5D scenario, with polygonal models and a dynamic camera that emphasises depth where there isn’t any.  Scrolling across rooms and vistas facing enemies head on for the majority, the analogue stick feels like the answer to a question the gameplay never poses; the D-Pad would’ve sufficed for this traditional approach. The thread running through from Lords of Shadow means the aesthetics follow in the same general vein - dark and moody, not a bright background in sight.  The cel-shaded cut-scenes are a fine continuation, and attempts have clearly been made to make the most of the 3DS’ auto-stereoscopic feature, though it only really works when the camera direction is moving into the screen.  For in-game it’s not bad, the foreground-background layering usually works well for the 3D effect, but the camera’s subtle movement as you head across rooms sometimes minimises this.

Luckily the graphics without any gimmicks are strong enough to stand on their own - it’s a fine looking game even if it does have a few jagged edges here and there.  Sadly the audio has little of the classic Castlevania orchestral strains; the environmental noises are too weak for the handheld’s speakers, meaning headphones are probably a must, and the music  - which tries to kick in during fights but often misses them by a second or two, leaving the track blaring whilst you’re in an empty room - hints but never hits the same devilishly gothic tone of the franchise’s peaks.

For those eagerly following the winding story of the Belmonts, Mirror of Fate is a fragmented narrative seen from varying angles as you take control of more than one character (fan favourite Alucard makes a return for the second act).  Gabriel’s wife has a son, Trevor, while Simon is away fighting the Lords of Shadow, who is taken by the Brotherhood of Light and raised. . . his fate. . . Dracula. . . etcetera.  It’s a fine idea, but it comes across as a convoluted way to tread across the already tortuous story without invention, weaving in established characters and giving them all slightly hammy Scottish accents to boot. Gameplay wise there are some bold choices made, some pay off and others don’t.  The Metroidvania level design is wholly welcome, even if it falls well below the standards of the two amalgamated series’ names which gave rise to the term.  The environments feel grand and the atmosphere makes venturing into the darkened halls and haunted alcoves of the castle a treat.  The fragmented narrative has a knock on effect on this though, as there’s little overlay, meaning you’re not unfolding one giant map but instead getting three adventures with their own mini-map; they’re not terribly small, but they’ll be yet another shock for series faithfuls.

The marker, which indicates where you should be heading at any one time, somewhat undermines the ideal of exploration, as you always know where the non-vital areas are, thus discovery tends to be predicated on the notion that heading away from the bright red dot is sound thinking.  There are therefore few truly tentative steps to be taken with this approach, as you’re not blindly forging channels into a foreboding locale, unaware of when you’ll rush too far into the wrong room and a boss will descend upon you.  Avoid the red dot and you’re free to roam.

If you ascribed to the criticism that Lords of Shadow was more akin to God of War in a Castlevania skin with regards to combat, then the flailing chain-whips and quick-time-events on show won’t convert you to the new direction.  The use of combos and a wildly over-reaching area attack that covers a huge circumference feels like Kratos in 2D.  It’s all about linking and blocking/evading in the right measure.  Killing enemies will bring you experience points, and the inclusion of a levelling system will be music to many an ear, but unfortunately it’s shallow.  It’s nothing more than a perfunctory nod to Action-RPG staples, as each level merely brings with it an unlocked new move to add to your repertoire.  The pay off is the inventive set of killing skills that’ll be at your disposal, not incremental stat boosts. The game seems designed to give a gentle appearance of RPG elements whilst sidestepping the actual mechanics; there’s no value given to XP and no numerical figure to check, just a bar to fill.  There’s also no need to grind as aiming for completion (the easiest Castlevania to get 100% on yet) should get you to a high enough level, which is just as well as grinding would be tough.  Many areas are threadbare when it comes to enemies, and the load time between locations also makes the old killing a biggie by a doorway trick, well, tricky.  You may as well backtrack though as there’s no real danger of death; copious auto-save points put paid to that.

Abilities aid progress rather than offering any kind of differentiation to an individuals playing style.  A few enemies are best tackled with one ability or the other - selectable via easy location on the bottom touch screen - however this is no replacement for learning attack patterns, something the character animations show off extremely well.  The bosses may give one or two a challenge initially, but they’re left-to-right affairs on the whole, with the odd leapfrog manoeuvre necessary.  Die and you’ll restart the battle at the last checkpoint in the boss fight with a reasonable amount of health, so perfectionism is not required.  It’s slick design aimed at the more casual crowd, naysayers and franchise faithfuls may not like it, but it’s executed pretty well.

For completionists there’s always the lure of getting 100% of the map cleared and the bonuses like gaining all additional health upgrades, reading the scrolls left by dead knights and unlocking the galleries for the roster of enemies.  Even with this extra incentive, the game is quite brief, standing at a likely 10 - 15hrs for dawdlers; exploration soon becomes a chore as you backtrack your way through too many barren environments. It’s the combat that this game aims to get right above all else, and it largely succeeds in its accessible system; combo attacks and a blocking/countering mechanic rather than the precision whips and well-timed jumps a la titles of old.  With the added draw that each kill will bring further powers this could well be the in-between approach to the series likely to win over the mainstream crowd who’ve balked at the direction the handheld titles have stayed aligned to.  Mercury Steam have created a title for those eager for something akin to a lightweight 2D Kratos outing, rewarding combat for combat’s sake, but incorporating it into the upgrade path of your character.

Who's the fairest of them all?

Mirror of Fate plays out like a polished action-adventure game, pointing players in the right direction and dishing out new moves to chain into combos at the right intervals.  With whip in hand and in full flow it’s fun, partly because of the environment and mood it’s evoking and partly because the combat is so free and easy to engage with.

It’s an interesting proposition - not RPG enough to be spoken of in the same breath as any Castlevania post Symphony of the Night, and not as reliant on precision timing to be allied to the other great entries that preceded that offering - it follows the reboot that it’s spun off fittingly (take that how you will) and tailored it to the handheld market, having to make up for the lack of a large screen for cinematic action and three dimensional environments with some nods towards exploration.

However, by being 2D in nature, bearing the famous name and mimicking some of the trappings of the Metroidvania approach to design it only serves to focus attention on the linearity, hand-holding and Castlevania-lite feel to it all.  Were it called something else, it’d be a lot easier to look past comparisons and see a solid, graphically slick, accessible action-adventure game in its own right.