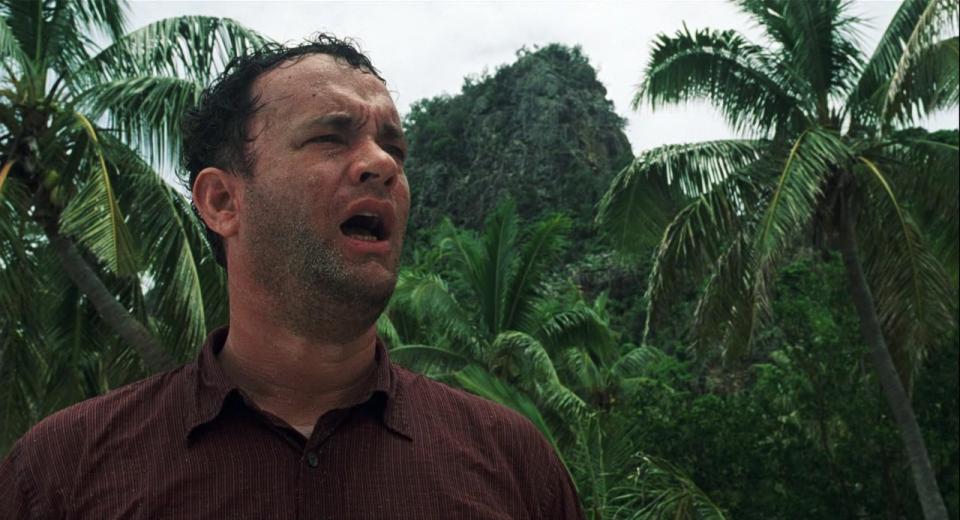 Though the sleave of Paramount's Blu-ray release indicates a 1.85:1 Anamorphic, the image is actually a solid 1.78:1 Aspect Ratio. I have to say, I was a tad disappointed with the overall image quality. The level of grain is at times quite heavy, to the point of noticing it rather a lot on some scenes. That being said, it seems to be an issue with secondary cameras on shoot, as not all shots suffer from a lot of noise. There isn't very much sign of DNR at all, and edge enhancement isn't a problem. Detail is reasonable, especially in daylight scenes, but shadow detail gets lost quite a bit during night time scenes. Colours are extremely vibrant, seen best during daylight scenes on the beach where the deep blue of the ocean meets the bright blue of the sky. Contrast is excellent too, as demonstrated by the close ups on the fire at night times on the beach. Skin tones seem saturated and unnatural, but it's not at all off-putting. Generally speaking, not a bad offering – a product of it's time and circumstance. Having been awarded The Academy's highest regard for sound design, courtesy of Industry legend Randy Thom, Cast Away's DTS-HD Master Audio track is, as you would expect, excellent. Something that's worth mentioning at the outset is that Thom, when beginning to sculpt the sound for Cast Away, did his research. What he found was that being so close to the sea on all sides is loud. This translates extremely well with dynamic range throughout the movie being considerable. The constant waves in the background are expertly implemented so as to not become tiresome, and the billowing wind in the trees and howls in the caves are deafening. All this, with dialogue (what little there is in the second act) remaining strong and clear. Surround speakers are used to great effect, adding depth to ambiences. The crackle of the fire cuts through brilliantly on the high frequencies, as does the rustle of trees. This contrasts the low boom of the islands ambience perfectly, and fills the frequency range to good effect. LFE is used a lot here, and really gives a sense of power to the crashing waves in storm scenes. As expected, a great offering in sound design, and the Blu-ray certainly does it justice here. Tom Hanks and Robert Zemeckis pair up for the first time since Forrest Gump. Cast Away is an epic tour de force from Hanks, and a difficult examination of mans ability to adapt, and mans inability to cope with solitude. Often emotional, and at times challenging, Cast Away invites us to step into the shoes (or makeshift sandals) of a plane crash survivor as he struggles to remain in control of his sanity, and his hopes of one day returning to civilization. After some time stranded on the island, it becomes clear that rescue is a hope long abandoned, and through determination, escape becomes the imperative.

With a good, if slightly grainy image and excellent sound, this Paramount disc promised to be a must have for fans of the film, that is until we get to the extras section. Nothing to whet your appetite beyond the movie itself here, which is a real shame. With only the movie to base judgement on, and it's fair to say that it's a great movie, this smacks of a slightly lack-lustre package. The only reason that this won't get an 8 overall from me is the lack of any additional content, of which I'm sure there is plenty in the archives.