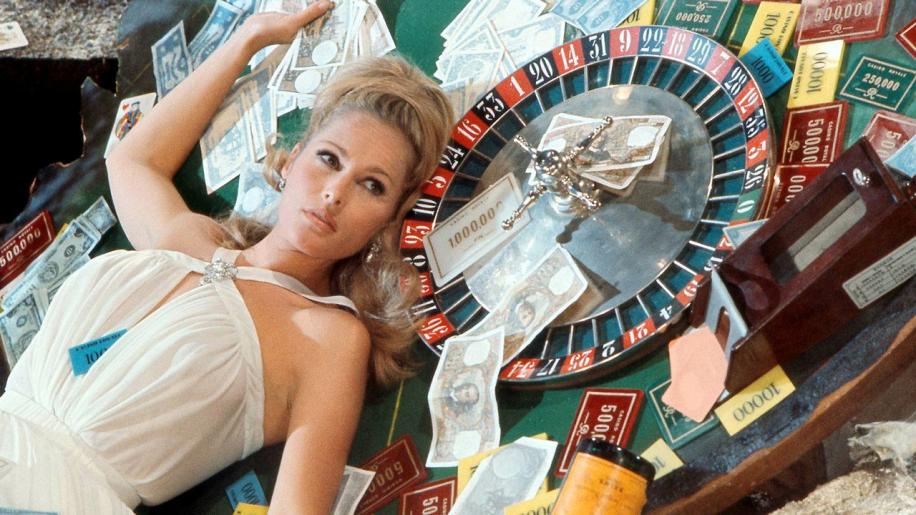 We all like a good Bond movie. The action, the charisma, and the gadgets. The main character for the ladies, and his girls for the men. Bond movies have always had a surprising amount of cross generational appeal for an action movie. The trouble is, whilst the main character has had the excellent Brosnan playing him for seven years - the films themselves have been, to put it politely, rather poor. Goldeneye excepted, Brosnan has looked increasingly out of place as the filmmakers attempt to reinvent the character for a more modern audience.

As they struggled to do so, Bond was outmanoeuvred by other entries into the genre, notably the Bourne trilogy. After years of battling nefarious foes, it looked like he may finally have met his match. Not from Blofeld, or SPECTRE - but from poor scripts and directors. An ignoble end indeed for this most British of creations. But Bond is nothing if not resourceful. Die Another Day was almost the final nail in his coffin, but despite the box office success of that film, the makers finally realised that the direction they were taking the franchise in was not the correct way. So they took stock over a four year hiatus, and then the announcement was made. Bond was going to be subject to that most voguish of approaches. He was going to be “rebooted”. The actor chosen for the role was Daniel Craig.

It's hard, now, to remember just what a furore this announcement caused. Websites sprang up, declaring that Craig was not Bond. When he made his first appearance in front of the press, powering up the Thames in a speed boat and wearing a life jacket, many mocked. This reviewer, as someone who enjoyed the Bond films but was certainly not a fan, was rather bemused by the whole thing. The decision to go back to basics and film the novel “Casino Royale”, and follow the book fairly faithfully was also a brave one. It appeared that this was make or break for the franchise.

Oh, how we laugh now. Craig, of course, turned out to be very much Bond, and a gross of £594m showed that an awful lot of people agreed. It seemed that the iconic shot of Craig emerging from the water in blue trunks was on every female workers desk in offices up and down the land. Bond was cool again and, it seems, damned sexy as well. However, now the dust has settled and the sequel is about to hit the cinema, Sony decide to milk the cash cow by releasing “Casino Royale : The super special edition that we should have released the first time” onto Blu-ray as part of the Bond collection. This marks the perfect time to re-evaluate the film.

I will not spend an awful lot of time rehashing the plot here, as I am sure you are all aware of it by now. Bond plays a card game for high stakes, wins in some ways but loses the girl he loves in the process. The plot is rather secondary, as what Casino Royale is interested in is the genesis of Bond. What is it that made him the secret agent we all knew? What were his origins? This is what this film attempts to explore, and this is spectacularly achieved.

In a wonderfully moody and atmospheric black and white beginning, Bond is sent to assassinate someone in the government's employ - someone who is creaming off the top. It is a fantastically stark and violent scene - cumulating in the second kill that Bond needs in order to be granted his “licence to kill”. Without pausing for breath we are back in colour and Bond is pursuing his latest quarry through a building site. This scene is the perfect introduction to Bond as he is to be known from now on. With no CGI in sight, what we have is a breathtaking free-running chase through buildings, reaching stunning heights, and making the audience wince with the body slams that the characters receive. This new Bond is realistic. And the travesty of skydiving off an icy cliff, rendered in poor CGI is wiped out within the first five minutes.

This new Bond isn't all about action however. The character is finally allowed some depth, and this also lends gravitas to the film. The Brosnan era didn't fail due to the actor, but for other reasons. The scripts and direction were often poor, but there were far more fundamental problems. The stories were simplistic, and relied on increasingly ridiculous ideas that challenged the audiences' ability to suspend disbelief. Gigantic climate changing weapons, invisible cars, and other such ideas simply had no place in the Bond universe. Casino Royale is possibly one of the most faithful Bond adaptations yet, and this is part of the reasons for its success. However, the filmmakers have cleverly taken the framework of the original novel, and have added Bond's origin story to it in a very clever way. This is a Bond who is unsure of himself, who makes mistakes. He is a Bond who is yet to develop that icy exterior that we know so well, a man who can take the physical hits but has yet to learn to deal with the emotional ones.

Brosnan must have been looking at the material that Craig is given in a rather wistful way. Yes, it is beautifully written and constructed - but it still requires rather more acting than a traditional Bond film. Daniel Craig absolutely nails the role. There is a real arc here, and Craig manages to show Bond's development throughout the movie beautifully. It does help that Craig's Bond is such a physically impressive creation, but there is so much more to it than that. Craig's Bond allows a woman to get through to him as we have never seen before, and the subsequent consequences of that mean that we see his character change in front of our eyes. At the start this is not the man we know, but by the end when he finally utters his name in that iconic way Craig has managed to evolve the character more in two hours than in the previous 22 years put together.

At heart, though, Casino Royale is still a Bond film, and the requisite action scenes are all present and correct. From the previously mentioned free-running sequence, through a chase in an airport, and a spectacular crash of an Aston Martin, the action sequences here certainly impress. These scenes are a triumph of framing, camera placement, and pacing. Many films today (including Bourne) use fast jump cuts during action scenes, often rendering the on screen events difficult to follow. Casino Royale luxuriates in the action, treating it lovingly and allowing the scenes to fully breathe. This has the effect of really drawing the audience into the film, and makes these scenes seem so much more real.

But the film never seems like so many Bond films that have gone before. This is not a series of action set pieces linked together with weak expositional scenes. The film is paced and constructed so that it is more about the scenes in between the action. These scenes crackle with tension, chemistry, and wit. Whether it is Bond first meeting Vesper on the train, or his conversations with Le Chiffre as he tried to sabotage his poker game, the character based scenes in between the action are as beautifully constructed as the action scenes themselves.

Is this the perfect Bond film then? Well, despite all the great things it has going for it, there are some flaws. The film does flag a little bit in the middle, and some may find the film a little imbalanced - all the major action scenes occur in the first part of the film, and the latter part is much more character based and talky than the first. These scenes are still beautifully performed and shot, but I have heard a few people complain that they found the second half a little slow, even though I did not find this myself.

The other flaw is that the plot, although it sounds relatively simple, is actually quite deep and dense. The way the film is constructed means that it can be a little difficult to follow events on screen at times, and to keep track of exactly who is who, and which side they are on. Viewers brought up on the Bond we have been fed in the last decade will certainly have trouble with Casino Royale in this respect. However, the film is certainly one that rewards repeated viewings, and this is why it will find its perfect setting on the screen of your home cinema. This is deep, dark, dense Bond for a new generation - in it's own way a very similar rebooting to Nolan's Batman Begins. The two films share a vision and a structure, and are perhaps concerned with very similar goals. Between them they represent the pinnacle of the current vogue for rebooting franchises, and this Bond should sit proudly in anyone's film collection.