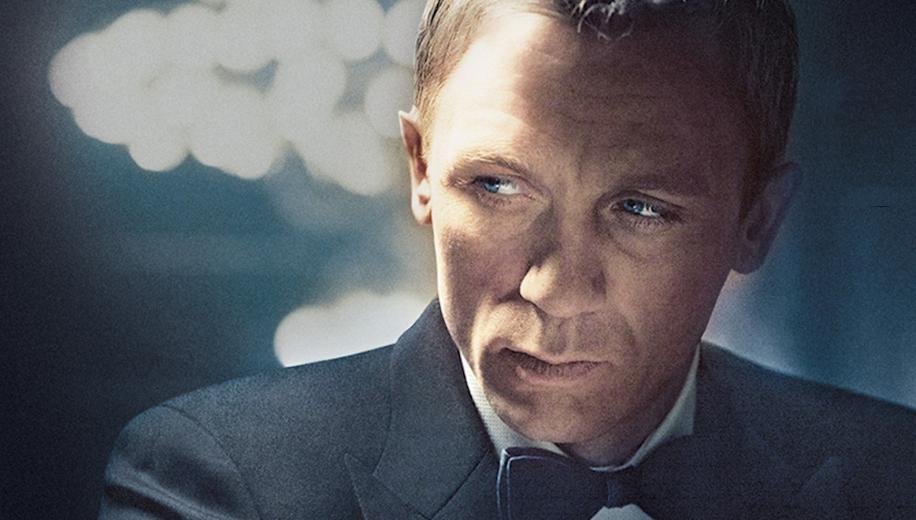 Arguably the definitive Bond, Daniel Craig's stunning debut remains a high point in both the franchise and his own series.

Looking back at Casino Royale, it's hard to see how we've come to the point where even dedicated fans await the upcoming Bond chapter - No Time to Die - with some trepidation. When Daniel Craig's Bond bulldozed his way onto our screens back in 2006, he almost immediately established himself as the definitive interpretation of Ian Fleming's cold, brutal, near-alcoholic spy, taking us through an electric - and somewhat epic - first adventure which grounded the half-century-old character in a post-Bourne landscape.

However, viewed through the Spectre of the last instalment, it's easy to see why the long-running franchise has been comprehensively bested by the likes of Tom Cruise's Mission: Impossible series. Thankfully - not withstanding some truly awful plot retro-fitting courtesy of that last chapter - Casino Royale can still be looked back upon as a near-perfect chapter in the franchise, a veritable all time high which Craig himself is still riding on, even 13 years and three (soon to be four) flawed sequels later.

From the gritty black and white prologue through to the early action setpiece, then enjoying the Bahamas for the majority of the rest of the run before taking its seat for an extremely 'high stakes' poker game, Casino Royale perfectly established Craig as a modern generation Bond. Tough, no nonsense, superb at improvising and at his best under pressure, he was easily the most brutal Bond since Dalton's abortive 15-rated Licence to Kill (since recognised as its own franchise high, even if it was well ahead of its time in what was hitherto a family franchise), pushing the boundaries of the 12 rating (to the point where it was censored - although that's been finally undone) and delivering a spy thriller which both re-engaged those left tired after the silly excesses of Die Another Day and brought Bond to a whole new audience.

Casting was perfect too, with Mads Mikkelsen making for a superb villain, and Eva Green arguably one of the best Bond girls of all time; her Vesper Lynd both stunning and surprisingly complex; the echoes of which would last almost the entirety of Craig's tour (No Time to Die notwithstanding). Judi Dench would return, post-Brosnan era, to continue her suitably bolshy M, whilst Jeffrey Wright would make for a memorable Felix Leiter. Almost all Bond 'introductions' were daring in their own way - from Connery's Dr No to Moore's Live and Let Die, to Brosnan's Goldeneye - but even the underrated On Her Majesty's Secret Service wasn't as assured as this, pooling a superior story and rich characterisations into a perfect blend of Bond ingredients that remains a strong contender for the best of the entire series.


Casino Royale makes its UK 4K Ultra HD Blu-ray debut as part of a somewhat shortsightedly composed Daniel Craig "Collection" which appears nothing more than a test run for a larger Bond 4K release. Hot on the heels of its identical US release, the first film in the Craig series is an upscale, shot in 35mm (and thus capable of near-native resolution) but ostensibly limited by a 2K Digital Intermediate.


It is an upgrade, even if it's not quite the upgrade that fans would have hoped for

13 years on and Casino Royale has certainly never looked this good, with better clarity, refinement and colour pop than ever before. It is an upgrade, even if it's not quite the upgrade that fans would have hoped for, with some softness still evident, but more ready acknowledgement of the underlying textures and detailing, and a few close-ups thoroughly commendable in terms of image realisation.

The Dolby Vision HDR and WCG both make more striking differences, from the lush green jungle foliage at the start to the gorgeous blue Bahamas skies, and the lavish trappings of the high stakes Casino set, and with strong primaries and rich, inky blacks, this should have been a superb demo presentation. However, it's ultimately somewhat let down by a strangely over-processed look that curses both of the first two Craig outings (also the two with the 2K Digital Intermediates, which is a shame as films like John Wick 3 have worked really hard to show that this is of no consequence, whereas the utterly unrelated deficiencies of Casino Royale - and Quantum of Solace - will probably only add fuel to that misdirected fire). Still an upgrade, and an oftentimes very nice one, Casino Royale could have looked spectacular but has to make do with very good.

Casino Royale's 4K Blu-ray release doesn't come with an immersive 3D object-based audio track of either the Dolby Atmos or DTS:X variety, instead, repurposing the very same track as its last Blu-ray release, which seems a little lazy on the part of the releasing studio. Once you get past the fact that this hardly gives any added incentive to go for the 'upgrade' (particularly given the video isn't quite as striking an upgrade as some of the other instalments in this mini-series), you may be able to appreciate that the Blu-ray's DTS-HD Master Audio 5.1 track was near-perfect as it was, and that Atmos or DTS:X may have merely been a somewhat glorified cherry on top of already reference sound design. Dialogue gets perfect prioritisation, the score is finely disseminated, and effects are thunderous when necessary, and nuanced at other times, making for a thoroughly engulfing, engaging track that can't readily be criticised in and of itself. It's just not an 'upgrade' as fans will already have it.

Casino Royale's 4K Blu-ray release doesn't exactly surprise on the extras front, with the majority relegated to the accompanying Blu-ray, and matching up to those which fans will already have, but at least the Commentary is ported over to the 4K disc itself, which is better than nothing.

The remaining Featurettes, Deleted Scenes and Music Video are on the Blu-ray, which is exactly the same as the previously released one.


Casino Royale can still be looked back upon as near-perfect, even three flawed sequels later
Casino Royale comes to UK 4K Ultra HD Blu-ray as part of the oddly distinctly un-future-proof four-film Daniel Craig 4K Collection, which is clearly being used to test the waters for a bigger Bond 50-esque release. The results are of varying quality, with Casino Royale itself displaying a nominal improvement on its Dolby Vision-enhanced 4K bow, but the lack of immersive Atmos or DTS:X audio likely leaving this hardly a selling point chapter in the set. Nonetheless, it's easily the best of the films, and arguably one of the best Bond movies ever made, so perhaps picking it up is a no-brainer.