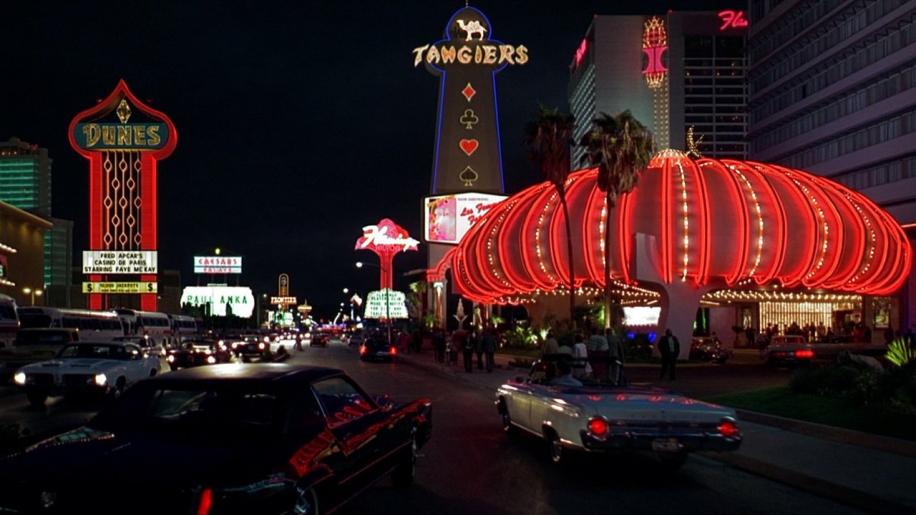 Director Martin Scorsese, writer Nicholas Pileggi, and actors Robert De Niro and Joe Pesci reunite to detail how the mob lost control of the gambling dens of Las Vegas. The film's open to criticism on numerous counts - it simply rehashes Goodfellas; it's too long; there's no story for the first hour - but it simply has a long story to tell and a lot of information to set up before it can really start moving. The first hour is a riveting document on how the Mob ran Vegas - information that's vital to understanding the background to the plot. On top of all of this, Sharon Stone gives the most amazing performance of her career and the cinematography is simply outstanding. This film was meant for DVD.