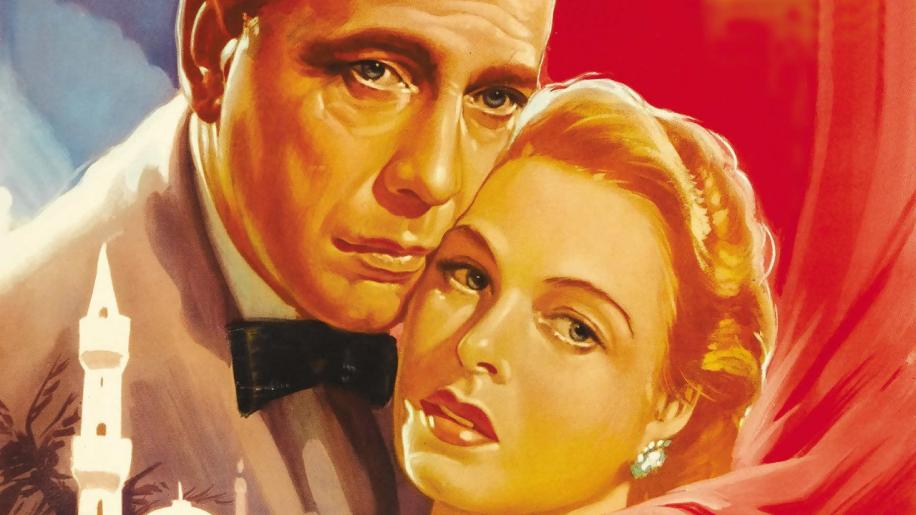 The word "classic" is probably used far to easily these days. It's used to describe everything from cars to ice cream - but what does classic mean to you? A quick look at any dictionary and the word classic means 'top quality, definitive or always fashionable' - how many cars or tubs of ice cream are all three?

In the world of film, there are many movies that can be described as top quality, definitive or always fashionable - but how many do you think are all three?

A couple that I can think of off the top of my head are Titanic, The Godfather parts I & II (I loved three as well - but for different reasons) and maybe Terminator or Richard Donners original Superman. I never get tired of watching any of those films and have probably seen each one of them at least a dozen times...but how many of them can be classed as genre defining?


When Casablanca was made in 1942, the world was in serious trouble. World War II was in full swing and the face of the planet was changing. The Nazi war machine had cut through Europe like a hot knife through butter - it seemed that the world's population was running from them.

War often brings the best out of people as well as the worst - we know that some of the best pieces of poetry have been written during times of conflict - and so it was with Casablanca. Originally written as a play for the stage entitled Everybody Comes to Rick's but was never actually produced, the play was snapped up by Warner studios in 1941 and re-written as a vehicle for an upcoming star for the studio called Humphrey Bogart.

It tells the story of Rick (played by Bogart), an American living in Morocco in 1942. He owns the "Rick's" in the original title - a bar in the heart of occupied Casablanca. Everybody who's anybody descends on Rick's, night after night, for a drink and to mix. At this time, it was also paramount for all foreign nationals to get back to their native countries and Rick's was the place where it was easiest to get a ticket out of Morocco. The immigration papers that make the leaving process easier are stolen right at the beginning of the film and the thief leads the police direct to Rick's...however, half the hierarchy of the Casablanca police force are rubbing shoulders with Nazi generals at the poker tables so the place is turned after it has closed for the night...much to the owners annoyance.

The following day, the club opens as usual - but has a rather familiar guest - Victor Lazslo (played by Paul Hareid) and his wife Isla (Ingrid Bergman). The club pianist Sam (played by Dooley Wilson) immediately recognises Isla from another time and she asks him to play a favourite song of hers - "As Time goes By"...as soon as he hears it, Rick bursts in yelling at Sam and sees Isla for the first time...their eyes meet as Sam continues to play in the background and we learn that the pair have history. From a series of flashbacks we discover that the two met in Paris before the war and have been fleeing the Nazi's ever since...both taking different paths until they met again here. It seems that Rick has a bit of a shady past, though, and has never been able to settle down; when asked by a Nazi what his nationality is, he duly replies "I'm a drunkard..." Rick used to run guns for the Algerians and was on the rebels side during the Spanish civil war and finally he has found somewhere he wants to settle - that is until Isla walks in. Her husband Lazslo is a rebel leader of the Moroccan resistance and while he's about, there's too much heat on his joint for Rick's liking, so he tries to get Isla to leave with him after obtaining immigration papers for two and the rest, as they say, is history...

So, why is Casablanca a classic in every sense of the word? Remember that a classic has to be top quality, definitive and always fashionable to be classed as such. Well for a film made "on the fly" during the second world war, Casablanca has always oozed quality. The script was re-written almost on a daily basis and at times, the stars didn't actually know what was coming next, this probably helped as it was more true to life than most films of it's day. The script writers beavered away behind the scenes to make sure that the events in the film matched what was currently happening in the world.

Because of the efforts of the scriptwriters, it was one of the first films to run in real time, as it were, so it was definitive in that way, and as long as any human being on this planet has an ounce of feeling in them, this film was always be in fashion. The ending is a masterpiece of cinema that has probably yet to be bettered and for the few of you that may not have seen this film as yet, it will either leave you reaching for the tissues or shouting at the screen - depending on your sexual gender - though one or two of the male population may reach for the them as well...

The film went on to be a phenomenal success and launched Humphrey Bogart to international superstardom exactly the studios intention from the day it was commissioned; it was written solely to launch Bogeys career - which it did nicely. And if he hadn't been taken from us at the tender age of 57, I'm sure he would have gone on to make many more than the 75 movies that are actually credited to him. However, as a film, Casablanca did so much more than launch a superstars career. How many of us have never heard an impersonator say "Here's looking at you kid..."? Or "Play it again Sam..."? OK - Rick didn't actually say those words in the film - but rather like another misquote - "beam me up Scotty" - the words have become synonymous with the character. What Sam did say onscreen is much more powerful anyway and a lot more meaningful. The chemistry between Bogart and Bergman is truly magical and the extras on this disc reflect the way that they felt about each other...

So the bottom line is this. Casablanca can be classed as a timeless classic as it ticks all the right boxes. It's also great fun to watch and I can thoroughly recommend it to film lovers of all ages.

It would also be appropriate for me to try and finish this part of the review by using one of the many classic lines from the film to sum it up - but I can't really find one. However, if you enjoyed as much as I did, it won't be to long before you're playing it again...