Carlos The Jackal: The Movie & The Trilogy Blu-ray Review 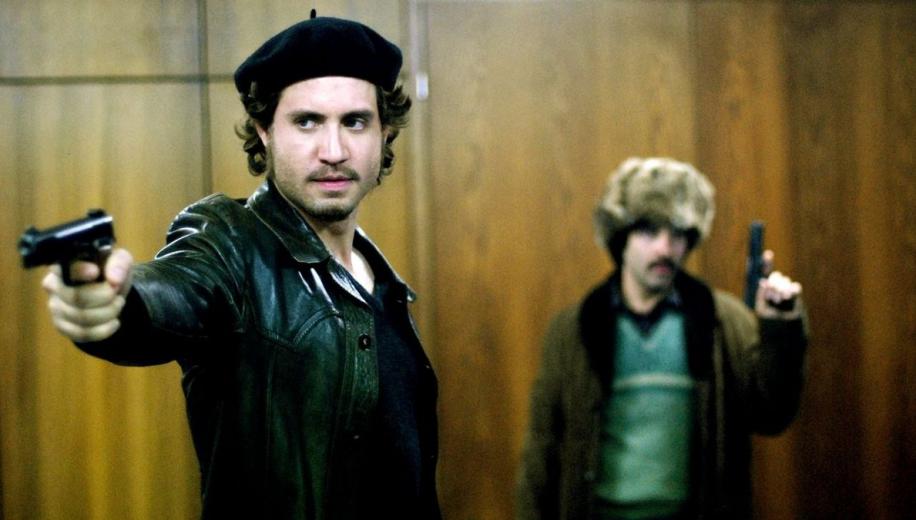 Carlos comes to Blu-ray presented with a largely good 1080p High Definition video rendition in the production’s original aspect ratio of widescreen 2.35:1. Both the TV series and the Theatrical Cut were sourced from the same material, and there is no noticeable difference in quality between the two. Detail varies from exceptional – primarily in sunny daylight sequences – to pretty average really, mainly in the smoky, lower-lit indoor scenes. Facial close-ups are never as good as you would like them to be, but also seldom cause any real issues, and the longer shots hold up throughout the production. There’s plenty of archival news footage during the runtime, which is of course horrendous in quality, but that is only to be expected, and works as a nice comparison for the more standout HD moments. The colour scheme accurately reflects the 70s setting, seldom breaking out using anything vibrant or showy, but also remaining true to those tones portrayed, with decent contrast and solid blacks rounding off the palette.

Overall this is a decent enough visual presentation – similar in terms of quality to that of the recent French hit biopic, Mesrine. It has few digital defects, little unintentional grain (but plenty of the intentional, filmic variety) and an acceptable level of variable softness; but it also seldom shines through as superior video material, and consequently does not quite do the HD format proud. I would say that the TV series fares worse, but only because – due to the sheer volume of extra footage – the problems with the video are more noticeable, some night sequences looking as if they were actually filmed in the 70s, not just set then. Still, for a TV mini-series, it looks pretty good, just not up to the standard you would expect from a recently-produced medium-budget project on Blu-ray. On the aural front things are far more lacklustre, the DTS-HD Master Audio 5.1 track doing the best with the material but still coming across as distinctly and undeniably restricted by it. The dialogue – in parts French, English, German, Arabic, Spanish, Hungarian, Japanese and Russian, with logical subtitles as appropriate – comes across clearly and coherently throughout, largely emanating from the frontal array. The score – most notably the Carlos ‘theme’ – certainly adds to the effectiveness of the surround action, and makes the epic narrative all the more enjoyable, but there is simply not enough of it, and it appears sporadically in a slightly disjointed fashion. The effects represent the most underwhelming aspect of the track, as there is very little atmosphere present during the proceedings, nor are there any noteworthy bombastic moments (despite some grenade explosions and frenetic shootouts). Similarly the LFE channel was in a coma for almost the entire 5 ½ hours so don’t expect this to be a particularly potent offering, even with its DTS-HD MA label. Still, it is perfectly acceptable for a TV mini-series – certainly nothing special – but never making this engaging production significantly less watchable. Despite being spread across three Blu-ray discs, the extras are fairly thin on the ground with this release, but I suppose we can't complain as at least we get both cuts of the production (unlike its separated SD-DVD releases).

The only disc with any extras in the Feature Film disc. Here we get a 21 minute Making Of Featurette which features behind the scenes footage of scenes being shot and brief on-set comments. It primarily focuses on the OPEC siege and is presented in Standard-Def fullscreen, in French with English subtitles, but it is worth checking out if you enjoyed the production. The Interview with Edgar Ramirez is just a five minute chat (again in French) where he talks about his character and the way in which they wanted to portray Carlos. Overly short, it is still worth watching, and the 20 minute Interview with Olivier Assayas is much more comprehensive and makes up somewhat for the brevity of Ramirez’ contribution. Split into several parts, and lightly sprinkled with final film footage, it is an interesting offering that looks more closely at the production, from the Director’s perspective. Again, it’s in French with English subtitles. Carlos is a flawed epic, superior for a TV mini-series but disappointing as a theatrical effort, the end result an enjoyable but not entirely satisfactory production which charts the life of a terrorist who is probably most famous for being (incorrectly) assumed to be the ‘Jackal’ from the acclaimed Day of the Jackal novel/movie. It’s nice to finally see the truth here, even if they – legally – have had to add the caveat that this is all fictional; and fans of similar 70s terrorist/freedom fighter-themed biopics (Mesrine, The Baader Meinhof Complex, Che) will find that this earns a worthy place amidst its counterparts. Recommended viewing, but skip the movie and set aside some time to take in the much better full TV mini-series run of episodes, which comprise the Cannes-approved 5 ½ hour cut.

On Region B-locked UK Blu-ray this release of Carlos is superior to its SD-DVD counterparts – it may have disappointing video and audio, but that is still probably a marginal step up, and it comes complete with both cuts of the production: the admittedly poor Theatrical version and the far superior TV series / Cannes Cut. If you like the other similarly-flavoured counterparts, then you should definitely check this out.