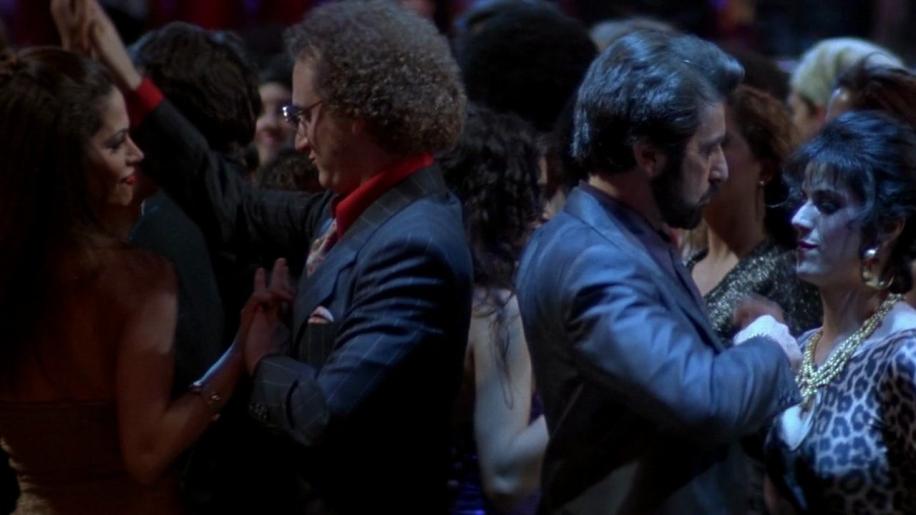 Widely regarded as one of Brian De Palma's finest films (which is ironic considering his initial reluctance to take on the project following Scarface), Carlito's Way tells the story of former Spanish Harlem drug boss Carlito Brigante (Al Pacino). Thanks to the efforts of his sleazy gangster-representing lawyer David Kleinfeld (wonderfully played by a remarkably different looking Sean Penn), Carlito's 30-year prison sentence has been quashed and he's back on the streets after 5 years away. Determined to leave behind the life he once led and to work toward fulfilling his dream (heading off to paradise where he will buy into a car rental agency), Carlito convinces himself and those around him that he is going straight. Unfortunately when a trip out with his cousin ends up in a (literally) bloody mess, it's the first indication that things aren't necessarily going to end up going his way.

Told in flashback the story tells itself from the perspective of Carlito following his release as he narrates the final few months that lead up to the events that open the movie. Interestingly screenwriter David Koepp comments in the included documentary that he pondered whether to include the narration or not but decided, rightly in my opinion, that the movie wouldn't work without it.

Once back on the street Carlito finds that his old neighbourhood isn't what it once was with upcoming hoods like Benny Blanco (from the Bronx) moving in. In my opinion, what makes this movie realy special is the truth in Pacino's portayal of a character desperate to change his ways and go straight (despite the almost universal disbelief of those around him including his lawyer). It is this desire to turn his back on his old ways, his refusal to acknowledge his younger self in the form of Benny Blanco and his betrayal by some of those closest to him that brings about his ultimate downfall.