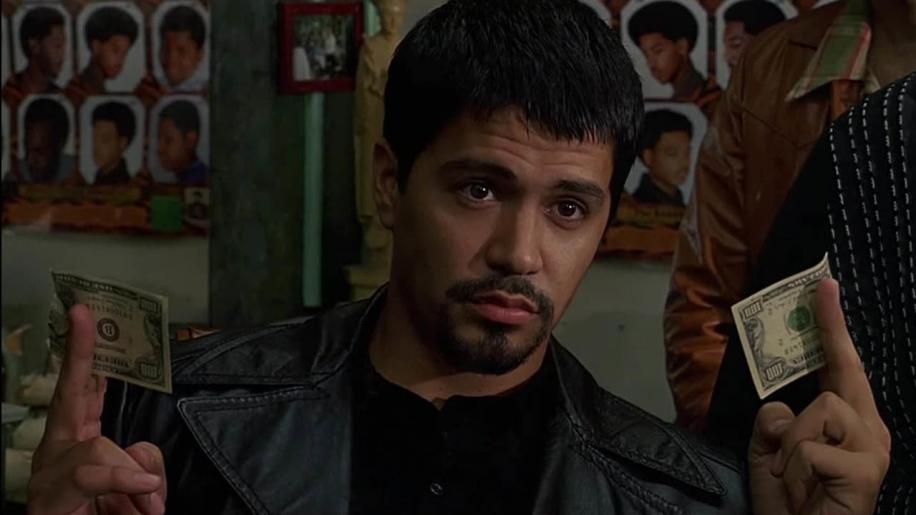 “Now you can leave like you came in or you can go in the trunk of my car, all up to you.”

Edwin Torres wrote two superior organised crime novels about the mid-level gangster Carlito Brigante: Carlito's Way and After Hours. The former looked at his rise to power, running the street gangs and gaining the power and respect that he deserved. The latter, After Hours, followed his later life after being released from prison and his desperate struggle not to return to go straight. It was this second story that was made into the Brian De Palma masterpiece Carlito's Way, with the great Al Pacino taking the lead as Carlito. A prequel would have been a delicious enterprise, had the original cast done one straight away, but Al Pacino was perhaps a little too old and so the first book was never visually realised, until now.

Carlito Brigante is a young, twenty-something Puerto Rican who has just finished a short stint in prison. Whilst in there he became allies - and friends - with two other main gang leaders: Earl, the leader of a gang of Brothers and Rocco, a big Italian player and when they get back out on the streets, they have considerably more combined power than they ever had working alone. Setting up a new operation running heroine across New York City, they soon encounter opposition from the bigger gang leaders whose permission they need to ask in order to carry out their business.

“I never put a needle in nobody's arm. Heroin already unpacked and moved in, Jack, long before I ever showed up.”

With the money coming in, the parties getting bigger and louder, complications are inevitable and they come from multiple angles: Earl's younger brother is a rash political activist who tends to speak his mind - even to made men, Rocco's Uncle is a big boss who is not particularly happy to be in business with people who are not Italian and Carlito himself has got himself involved with a girl whose brother does not particularly approve of his current form of employment. Any one of them could turn the tables on this gang's profitable business and it is largely up to Carlito to make sure that that does not happen.

Right from the outset, you can see how Rise to Power was cut from the same mould as Carlito's Way. The opening slow motion black-and-white shooting sequence (even set to exactly the same music), the quiet but well-observed narration by the lead himself, the sharp script and punchy dialogue filled with venomous inter-gang vibes - it is all there. Unlike many prequels (and sequels), particularly of the direct-to-video variety, this movie has a solid foundation upon which to tell its particular tale. Unfortunately, however, the rest of the production is standard low-budget story-telling and c-movie acting.

“When you take something that's mine, you spit in my face.”

It is easy to see how things would have been better with Pacino and De Palma on board but I'm not really sure whether they could have turned this average poor-man's version of The Godfather into anything outstanding. It is easier to see now why Pacino decided to persuade De Palma to adapt the second one of the books and not the first, if the story here is anything to go by. It is just too straightforward and too linear, the twists coming in almost as an afterthought (whereas De Palma would involve you every step of the way, normally through Pacino's voiceover). Sure it does not help to have the lines delivered without any kinds of dynamism, the action shots being few and far between and strictly by-the-numbers and the direction average at best, but for a straight-to-DVD effort the result is still above expectations.

Talking about acting dynamics, who on earth would ever dare to step into the shoes of Al Pacino? Well the answer here is Jay Hernandez. I don't think I've ever really noticed him do anything particularly special in his film career (he did an ok job opposite Kirstin Dunst in Crazy/Beautiful) and this is no exception - although his performance is not particularly bad, it just begs comparison to Pacino and that clearly shows up Hernandez's limitations. His supporting actors give him significant backup, however, with the highly underrated and underused Mario Van Peebles (the great Melvin Van Peebles' son) playing Carlito's loyal friend Earl, the enigmatic Giancarlo Esposito baring his teeth as a tough cop and even Carlito's Way's own Pachanga - Luis Guzman - popping up in a very different role here as a psychopathic coke-snorting assassin called Nacho Reyes, who has a particular penchant for torture.

“You ain't a street-hood no more. You a businessman. You gotta' start thinking like one.”

Then there's the character of Hollywood Nicky, the man Carlito's gang have to get permission from to carry out their dealings. Well he's played by a man whose name I am no longer able to pronounce because he changes it so often and morphs it into such stupid variations that I can no longer be bothered to keep up. I believe his real name is Sean Combs but his stage name is sounds like the noise a silenced pistol makes when you fire it. Kind of a 'puh' sound. Well, he has proved that he can act before (although only notably in Monster's Ball) but he has also proved that he can just be a slick twat before when he's on screen and he largely favours the latter for his portrayal of Nicky. To leave the casting on a positive note, Jaclyn DeSantis is particularly striking as Carlito's romantic interest, Leticia and old-timer Burt Young is suitably aggressive as the mob boss Artie.

If Pacino had been a few years' younger, perhaps he would have opted to make both movies. If they'd tried to make this a few years ago, perhaps someone like the great Benicio Del Toro (the only person cool enough to even think about stepping into the shoes of a young Pacino) could have headlined a mainstream version of this solid work, but as is we are lumbered with a distinctly average gangster thriller. Sure, as I've stated, it manages to happily exist at the top end of its DTV origins but it is still not something that could really have justified a trip to the cinemas to see.