Netflix does The Road 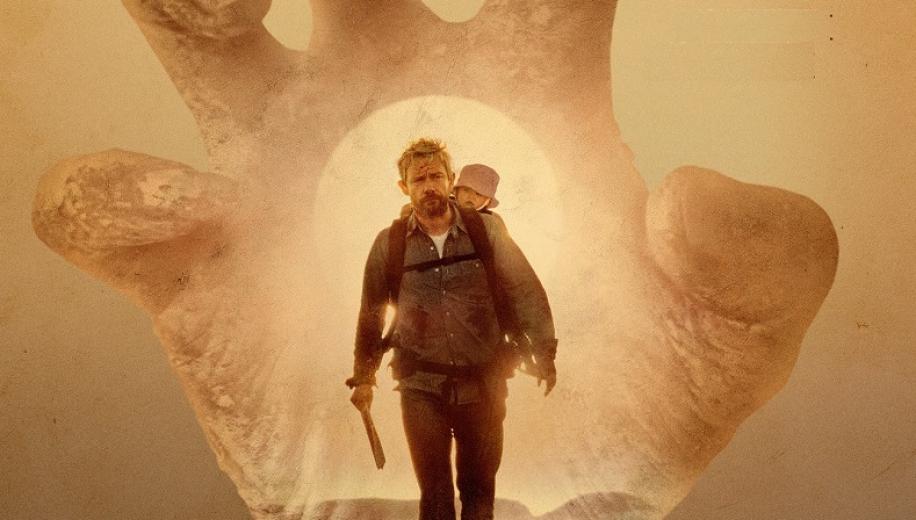 Based on their own short film of the same name, newcomer directors Yolanda Ramke and and Ben Howling turn in a solid little indie zombie debut based on Ramke's own script, picked up and turned around in record time but nonetheless making for a decent addition to the Netflix canon.

The story follows Martin Freeman's father Andy and his young family, travelling by elaborate houseboat in Australia, after an undisclosed pandemic leaves infected dangers around every corner. When he's wounded, Andy has to take to wandering the outback in search of somebody who can take care of his baby daughter before time runs out.

Imbued with a sense of desperate foreboding, Cargo trades in plenty of familiar genre tropes - on paper it seems not wholly unlike Cormac McCarthy's The Road - but enjoying distinction largely evoked through the fantastic location, as the Australian setting adds some wonderful authenticity to the piece.

Whilst the narrative structure appears to be tied to the conventions of the genre, the story tries its best to remain relatively unpredictable, with Freeman on strong form (he's much better suited to this than, say, his roles in Black Panther or Civil War), afforded a choice lead role - the likes of which have proven relatively elusive in his careen so far, despite some great comedy entries.

Freeman is a long way from The Office or even Sherlock here, making for an unconventional protagonist forced to get down and dirty to do whatever it takes in order to ensure the survival of his daughter.

The background threat in the film works extremely well, despite the ostensibly lack of traditional 'zombie action', with the curious infected creatures given strange (and mysteriously unexplained) traits like burying their heads in the ground when 'resting'.


A nice little post-apocalyptic feature for Netflix to have acquired.

Of course, as with any post-apocalyptic feature, the biggest problems come not from without, but within, as even the uninfected human population present their own dangers. Suspicions abound, trust is non-existent, humans turn nasty, and it's not long before Andy is forced to make some horrific decisions, hoping to keep some semblance of morality and humanity as the world around him appears to have lost theirs.

This isn't The Walking Dead, nor is it quite The Road, eventually running out of story to tell when it reaches its somewhat inevitable conclusion, and unfortunately not quite exploring or developing some of the more interesting themes along the way. It simply doesn't have the scope or ambition for that, but nonetheless, for a debut feature, it's got enough going on for it.

It's a nice little post-apocalyptic feature for Netflix to have acquired, relying on a strong central performance from Freeman and a solid little story and unusual setting to draw you in. It's worth checking out.