A fun romp that entertains 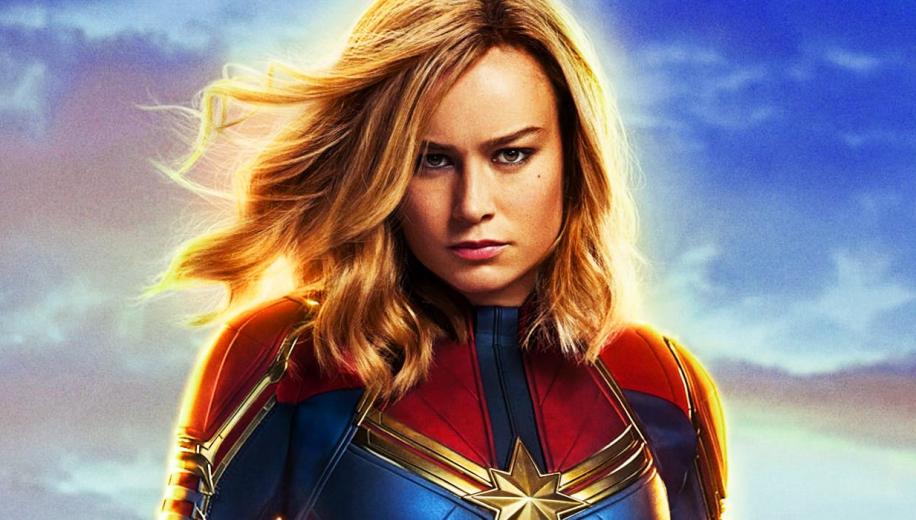 I'm not gonna fight your war. I'm gonna end it.

It could be argued that Captain Marvel exists only to show us how Nick Fury managed to lose an eye and gain the intergalactic pager used at the end of Avengers: Infinity War. As a sub-plot we are introduced to Vers, a member of Star Force, fighting a war to subjugate a shapeshifting alien menace. Vers is young, headstrong, emotional but extremely powerful. She suffers from peculiar dreams that haunt her, so that when she is captured during a mission that goes wrong, a mind probe gives her tantalising glimpses into hitherto unseen memories. Escaping, she travels to Earth to search for her alien captors and her own past. While there, she encounters a young Nick Fury of SHIELD and the two bond as they both expand their view of the universe.

Whilst the plot narrative of the film might not be all that original (flawed hero discovering themselves) what it does have is a natural chemistry between the two leads – Brie Larson and Samuel L. Jackson (playing a younger more headstrong version of his later self) - which is infectious and enjoyable. The various plot twists are seen a mile away, but this does not detract from the film's layers unfolding in a natural and generous way. Of course, it being a comic book film, there are plenty of action scenes, and all are handled well. Indeed, the climactic standoff after Vers has discovered her true nature, and thus her true potential and power, is suitably emotional and engaging.

Sitting in the no-man’s land between Avengers: Infinity War and Endgame, it does feel a bit like padding, but with enough emotional investment behind the characters and their motivations it manages to pull off a coup – an entertaining romp that keeps the door propped open for the end of Phase III. Despite the 2K DI the image on show is remarkably good; detail is sharp and well defined, skin texture, clothing weaves, computer terminals, holographic projections, road markings, cardboard boxes, indeed everything has robust, keen edges. Establishing shots, whether in space or on Earth, are pin sharp in detail, while close ups are excellent.

Colours are bold and strong, with HDR and WCG really adding some punch: the red of Danvers’ uniform, the blue of the skies or the planet surfaces, the greens of the Kree weaponry – all are richer and far more vibrant than the 1080 image. Flesh tones are very natural as well. One thing, the flashback of Danvers at the airbase is shot in bright sunshine and seems a tad flat, as if the contrast has been dialled back a bit, maybe intentional but it did stick out.

Black levels are terrific adding significant frame depth, and hiding shadow detail when required, check out the Kree spacecraft interiors. However, it is with the white scale that the image really shines, when Marvel glows white hot the brightness is almost blinding, the star fields of space are stunning while the holographic elements have a tangible 3D pop to them.

Digitally, there are no issues and the source material is pristine. In all, a very, very nice picture. The English Dolby Atmos track, as is the norm with Disney releases, needs a couple of notches on the volume to really bring the track alive but, once done, it delivers. Separation is nice and wide, with plenty of effects emanating from the surrounds and above; the action scenes make the most use (the train fight at the beginning is stunning) but lesser, more ambient effects fare just as well, such as the Ver’s interrogating Fury in the bar.

Bass is phenomenal with plenty of LF effects to keep the sub and bass-hounds happy; the many fight scenes or the Kree spacecraft really benefit from bass. The score too has some good bass and makes full use of the speakers. Dialogue is clear and prioritised to the frontal array, sounding perfectly natural. In all, an engaging surround experience. All the supplementary features are found on the included Blu-ray.

Audio Commentary – With writer/directors Anna Boden and Ryan Fleck who delve into the film’s production leaving no stone unturned, examining scripting, casting, sets, locations, plot points, narrative, Stan Lee’s involvement and his time on set.
Featurettes – Under this subtitle there are six features, each looking at a different aspect of the production, all are around 3 minutes in length and none go into any significant detail. Their titles are: Becoming a Super Hero, Big Hero Moment, The Origin of Nick Fury, The Dream Team, The Skrulls and the Kree, and Hiss-Sterical Cat-Titude.
Deleted Scenes – Six in total, titled: “Who Do You Admire Above All Others?”, Starforce Recruits, Heading to Torfa, “What, No Smile?”, Black Box, and Rookie Mistake.
Gag Reel – Ubiquitous comedic moments. Sitting in the no-man’s land between Avengers: Infinity War and Endgame, Captain Marvel is a nineties nostalgic throwback to a buddy cop film, telling the origin story of the MCU’s most powerful female superhero. The plot revolves around a flawed hero finding herself, but what it lacks in originality it more than makes up for in the chemistry between the two leads. While not a mighty cannon in the MCU arsenal, it is a fun romp that entertains and keeps the door propped open for the end of Phase III.

As a 4K UHD set, the package from Disney is not bad, the image may be a 2K up-scale but it is nevertheless well detailed, well coloured with terrific blacks and even better whites. The Dolby Atmos track, once turned up, is dynamic, bass heavy and an all-round surround experience. The extras are a bit light, however.