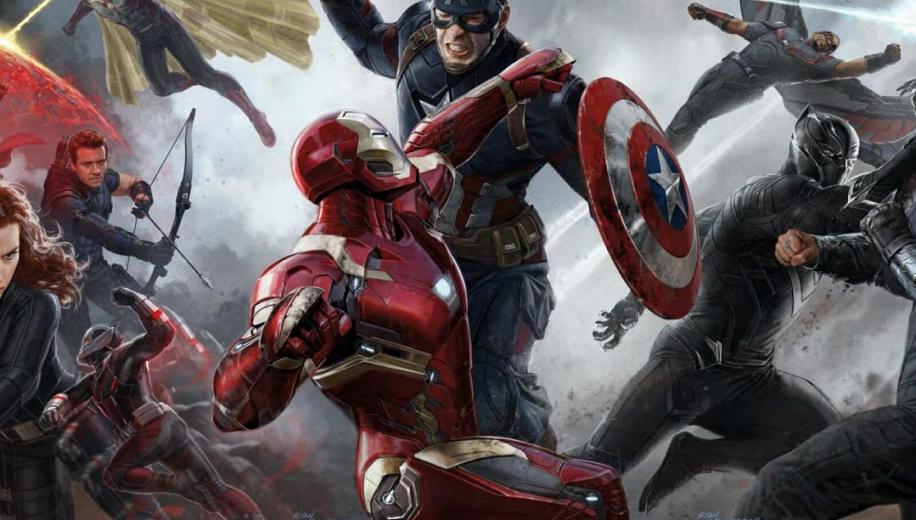 Captain America: Civil War, while keeping the action stakes high, delivering on the comic book nature of the MCU and bringing together the Avengers in all but name, managed to be a very different animal to all that preceded it. For this time around the antagonists are not megalomaniacs, world destroyers or alien invaders, but rather the heroes themselves which therefore makes this a very personal story. With world governments trying to get some accountability from the Avengers team and a Sokovian Colonel out for revenge by trying to control Bucky, the stage is set for a confrontation between two heavy weights.

Iron Man wishes to sign the accord, Captain America does not, the Avengers split into two camps, each loyal to one or the other, but when Bucky is reactivated and some of his past activities are exposed, battle lines are drawn, then crossed and an all-out fight between the two camps ensues. This is not defeating a common enemy, this is fighting your brother; the stakes are just as high, with the turmoil even higher and the cost higher still.

Returning to the directors chairs, after the tremendous success of Winter Soldier, Anthony and Joe Russo deliver a robust, action packed, emotional rollercoaster of a film whose repercussions are still being felt in the MCU, which closes out the Captain America trilogy with style. There is a clear and noticeable up-turn in clarity and detail with this image compared to the 1080, skin texture (check out Vision’s ‘skin’) and clothing weaves show improvements, but so do room decors, establishing shots or writing. The various crowd scenes are well detailed, likewise vehicles have keen edges throughout.

Colouring is given more depth, primaries fair very well, reds, blues and greens showing a depth that the Blu-ray cannot match. Set lighting is particularly gorgeous. Flesh tones are natural as well. The depth of red to Iron Man’s suit, or Scarlet Witch’s powers, but the biscuit has to go to Spider-man’s outfit.

Black level is deep and strong, adding decent depth to the frame and holding more shadow detail, while the white end is sublime, showing even more in the image and pushing the frame. Highlights really shine.

Digitally, there are no compression issues and the source is clean and bright. The English Dolby Atmos track needs a wee bit of volume increase to get the most out of it, but once hit, the surround stage really opens up. There is good separation to the effects, with the overhead channels really adding to the sense of immersion; action effects obviously fair very well, the various fight scenes showcasing some stand out moments, but quieter moments also have decent enough ambience with height and surround allowing a seamless transition of effects. Dialogue is clear, natural sounding, dominated by the frontal array and never lost in the mix. Likewise, the score is well layered and makes full use of all the speakers. Bass is well realised with some lovely LF effects, not just filling out explosions and gun fire (Bucky grabbing the bike in the street chase is awesome). A noticeable step up in terms of separation. There are no extras on the UHD itself, all are housed on the included Blu-ray, and all have been seen on the previously available disc.

Audio Commentary – With directors Anthony and Joe Russo, and writers Christopher Markus and Stephen McFeely, whose discussion covers pretty much all the production of the film.
United We Stand, Divided We Fall: The Making of Captain America: Civil War – Two part featurette that has cast and crew discussing time on set.
Captain America: The Road to Civil War
Iron Man: The Road to Civil War
Open Your Mind: Marvel's Doctor Strange
Deleted & Extended Scenes – Four in total, entitled: Extended Peggy's Funeral, Zemo Meets Doctor Broussard, You Are Not Used to the Truth and Gotta Get Me One of Those.
Gag Reel Delivering on the action front, expanding the MCU and yet telling a very personal story, directors Anthony and Joe Russo present a robust, action packed, emotional rollercoaster of a film whose repercussions are still being felt and which closes out the Captain America trilogy with style.

As a 4K UHD set, the package from Marvel is pretty good, the up-scaled image is a noticeable upgrade from the Blu-ray in terms of detail, colour, black level and overall depth. While the English Dolby Atmos track is keen, well detailed and engaging with good bass and an expansive surround stage, despite needing a little lift in volume to really succeed. The extras package has all been seen before. Available in a trilogy box set with The First Avenger and Winter Soldier.