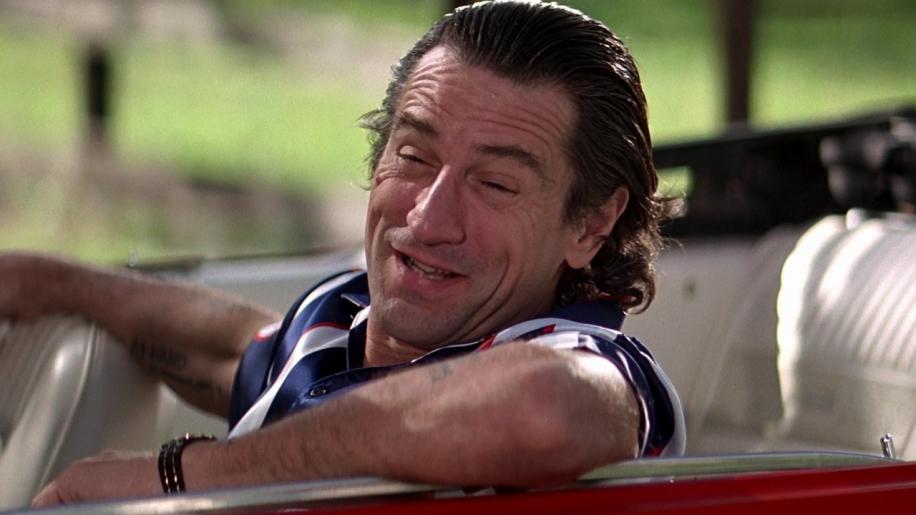 Cape Fear (1962) offers up Robert Mitchum and Gregory Peck in top form (and who could resist that?) as an ex-con with revenge on his mind and the eye witness who was responsible for him being sent down. Staying just within the law, Mitchum's con starts a campaign of terror against Peck and his perfect family. With the police unable to help, it soon becomes clear that the only way to end the problem is for Peck to face off with Mitchum in a thrilling climax. Director Thompson proves his mastery of the Hollywood thriller as he continually cranks up the tension until your heart sits in your throat. The entire cast acquit themselves perfectly in a collection of well-written parts.
Cape Fear (1991) represented director Martin Scorsese's first attempt at making a mainstream slice of American cinema and it remains his biggest box office success to date. Buried beneath the visual trickery, a substantially different version of the original is offered. Nolte's lawyer and his family are portrayed as just as morally corrupt and contemptuous as De Niro's menacing ex-con Max Cady. This approach means it's difficult to feel real sympathy towards any of the characters. This is all of little consequence towards the end of the film when Scorsese transforms it into an entertainingly high-concept version of Friday the 13th.