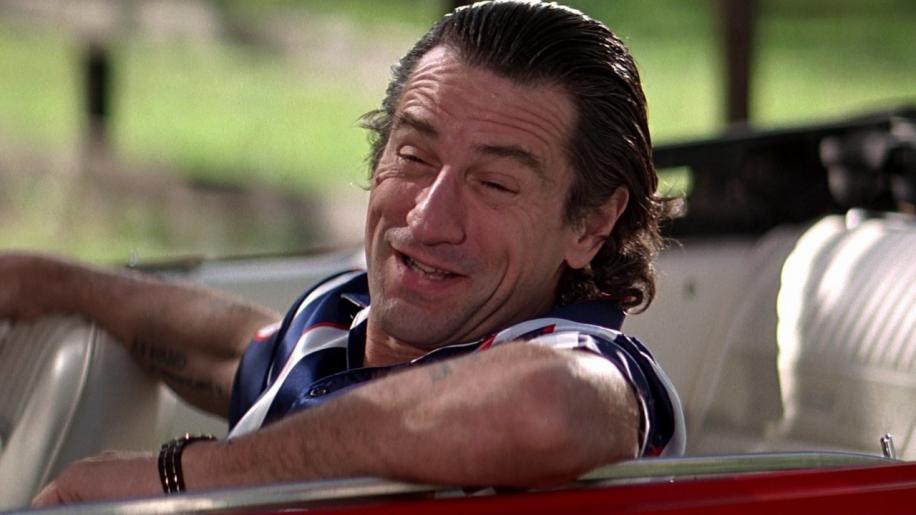 Cape Fear (1962), despite its age, looks absolutely fantastic courtesy of a pristine anamorphic transfer of the original 1.85:1 image. The black and white print that the transfer was taken from is free from any kind of blemish or damage. The resulting digital image boasts absolutely superb monochrome presentation which is completely without grain or any kind of smearing.
Cape Fear (1991) offers one of the strongest anamorphic 2.35:1 transfers we've seen in some time. Scorsese brought all of his usual trademark visual tricks to the mainstream with this film, and they go a long way to making this disc a fantastic visual treat. The colour balance is spot-on, blacks and shadows are full of fine detail and there's not a trace of grain or digital artefacting. If only all of Scorsese's films were given this much attention and care during the transfer. Cape Fear (1962) is presented with a remastered and restored version of the original mono soundtrack. While some may mourn the lack of surrounds, it will at least please the purists who don't like their movies being messed around with. The mix itself still stands up well today with clear dialogue and Foley effects and beautiful treatment of Herrmann's haunting score.
Cape Fear (1991) features a pretty active DD 5.1 audio mix. The surrounds might not come in for the kind of use we've come to expect due to a general lack of ambience in many of the more dialogue driven scenes. Still, any misgivings you harboured about the mix will be forgotten about during the climactic sequence as the storm rages across the surround speakers and the deep, low rumble of thunder kicks your subwoofer into life.

Cape Fear (1962) suffers in this category due to its age, but it still manages to put together a reasonable package. On offer are an extensive animated gallery of production photos and posters which lasts for just under five minutes, an interesting 28 minute retrospective featurette, talent files for the cast and crew the original theatrical trailer, some production notes and limited DVD-ROM material.
Cape Fear (1991) is the biggest surprise in this package, as for the most part Scorsese's films have never really received the attention they deserve when it comes to additional material for DVDs. That all changes with Cape Fear, which arrives across two discs. The first houses the film and a DVD-ROM script-to-screen comparison feature. Disc Two contains an exhaustive (but never less than compelling) 80 minute featurette, three photo montage galleries (The Cast of Cape Fear, The Physical Transformation of Robert De Niro's Max Cady and Martin Scorsese Directs Cape Fear), a nine minute compilation of deleted material, two brief behind-the-scenes featurettes (Behind the Scenes of the Fourth of July Parade and On the Set of the Houseboat), an exploration of the film's matte paintings, a gallery of some of Saul Bass' best opening sequences, the theatrical trailer, production notes, and cast and crew talent files.Two interpretations of the same story spread across three superbly specified discs in a bargain-price collection.