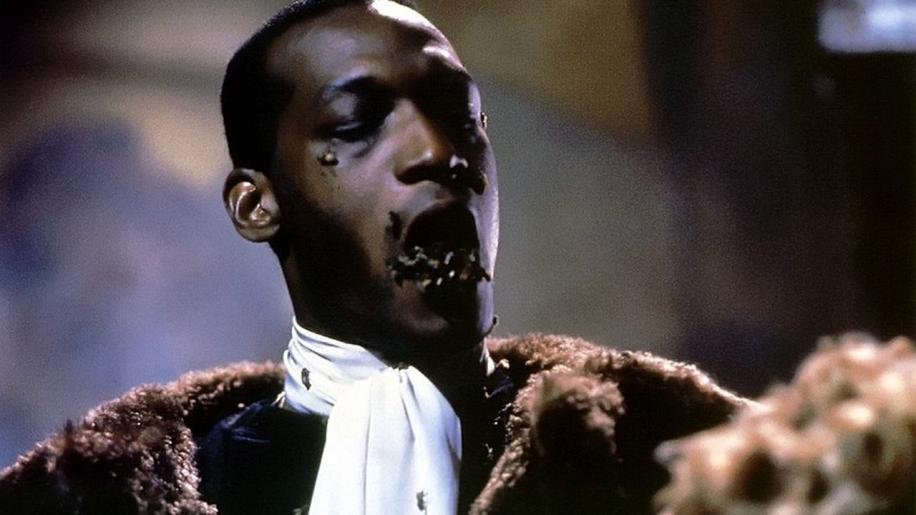 There is a salt 'n' pepper look to the picture, it being overly dotty and furry. Colours are fine, though, and nothing looks unnatural. This is all to the good, as part of Candyman's charm is the urban setting. If colours were overly saturated or false, then it would remove some of the urban squalor's edge. Having said that, the lack of definition in the picture means that it remains just about above average. Brace yourself: There isn't a multi channel soundtrack, therefore, we must rely on Pro-Logic 2 or similar to generate an effective soundstage. The problem with this is it's a second rate standard at best. Sound is such an integral part of horror movies that to have second best is inexcusable. My amp did make an alright job using PL2, but DTS neo was less effective and plain PL was very flat indeed. Basically, a movie of this calibre should have a DD or DTS track. The fact that PL2 is still okay is immaterial, as a full 5.1 track would be a lot better. Maybe this will be rectified in a forthcoming Superbit release?. Cast and crew commentaries are good, but aren't really commentaries. Instead, cast and crew are asked questions by an unheard individual and their answers are edited to fit into the movie's content. Nevertheless this method usually garners more diverse content and Candyman's commentaries are no exception. I must say that racism is probably made too much of an issue, though.

Sweets to the Sweet: The Candyman Mythos takes a look at the inception of Candyman and some of the themes running through it. One of them is that of the urban legend and how some of them have a life of their own. They change slightly as times move on in order to survive, but it is the same story and it will live on. Obviously this is analogous to the character of Candyman and is clearly an inspiration to the story.

Clive Barker: Raising Hell defines Clive Barker as a creative force. He does have some very interesting things to say and is unflinchingly honest about his own work. He talks of his failings and naivety in some aspects of his work, especially Nightbreed and the Candyman sequels. Of more interest is some brief glimpses of Barkers art, which can get pretty out there, and his early movies. Candyman, the movie, is very good. Candyman, the DVD, is not. This is mainly because of the poor sound, but also by the lack of extras (though what extras there are, are fine). By all means get the movie and enjoy it, but I couldn't help but feel short changed.