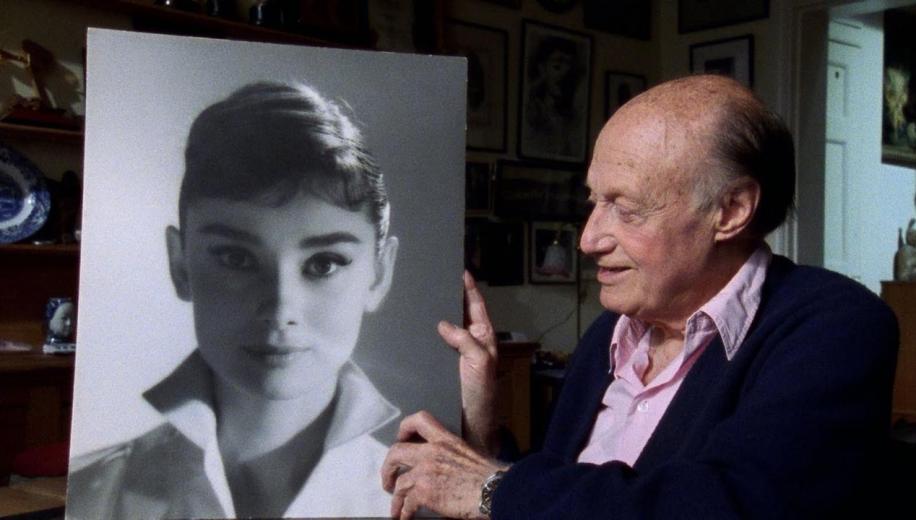 It’s not very often that we review a documentary in the movies section, but ‘Cameraman - The Life & Work of Jack Cardiff’ by Craig McCall just can’t be ignored as it covers the career of someone who made an indelible impression on the look of feature films over the last 70 years. Out now on American Region free Blu-ray courtesy of Strand Releasing, the film charts the career of Britain’s first Technicolor lighting cameraman with input from colleagues and movie stars alike – all of whom confess to a real respect for this quietly spoken, highly creative technician.

Anyone who hasn’t heard the name Jack Cardiff must surely have heard of ‘The African Queen’, ‘A Matter of Life and Death’, ‘The Red Shoes’, ‘Black Narcissus’ or even the more recent ‘Rambo – First Blood Part II’. This was a man who truly understood light – an understanding which he most probably gained from his love of paintings.

Beginning in the film business in the 1930’s and working with the likes of Hitchcock was a great start for Jack Cardiff, but things really took off for him when he was chosen by Technicolor, who set up their Lab in West Drayton, to be trained as their first cameraman in the UK. He got the gig not by trying to appear technical but by explaining his admiration of painters and their use of colour, light and shade.

Film buffs will be delighted by the scene where Jack gives us a guided tour of the massive three strip camera (known as ‘The Enchanted Cottage’), shows us its inner workings including the beam splitter prism and the sprockets for the three separate rolls of film. It’s just a shame there’s no footage of the interior of the UK Technicolor Lab.

He really made a name for himself through working on the Powell & Pressburger films ‘A Matter of Life and Death’, ‘The Red Shoes’ and ‘Black Narcissus’. Restored versions of the last two films are currently out on Blu-ray and they both look absolutely stunning. I was so impressed by the quality of the clips of ‘Black Narcissus’ that I immediately ordered a copy. Cardiff won the Oscar for best cinematography for this picture back in 1947 and used as his reference source the work of artists Vermeer and Caravaggio, who both have an impressive use of shadow.

We get to see behind the scenes footage of many feature films courtesy of Jack’s own 16mm home movie footage as he took his clockwork camera on location with him, so we are effectively an ‘invited’ guest of the stars. Apart from extensive interviews with Jack Cardiff in a wide range of locations, there is also input from Kirk Douglas (after his stroke), Martin Scorsese, Lauren Bacall, Charlton Heston, Kim Hunter, John Mills as well as cinematographers Chris Challis and Freddie Francis.

One of Jack’s hobbies was to take portraits of leading ladies, often during the lunch hour, and he tells us the tales of shooting Marilyn Monroe, Sophia Loren, Anita Ekberg and the lovely Audrey Hepburn. There is an absolutely beautiful chiaroscuro (light-dark-light-dark) portrait of Ms Hepburn to look out for. Breathtaking is the only word for it.

There are many recollections and anecdotes that make this film a gold mine for lovers of the cinema and the creative side of film making.

This documentary took 13 years to produce and was a real labour of love for director Craig McCall, who first met Jack Cardiff while working in the EMI music video department and he loaned the great cinematographer his own Bolex H16 clockwork camera to help with a shoot. The documentary seems to have obtained funding from a wide range of sources and it’s a film that deserved to be made.

While the documentary focuses on Jack’s career, I found it odd that there was no mention of his family life – particularly so, as when he passed away at the age of 94 he was survived by four children and his third wife.

Sadly, we lost a wealth of experience when Jack Cardiff died in 2009 but his work lives on in celluloid – and is now being restored for release on Blu-ray for future generations and for those who appreciate his use of light. He’s probably adjusting the lamps in the big movie studio in the sky right now – and saying if he could just have another ten minutes he could make it look so much better.