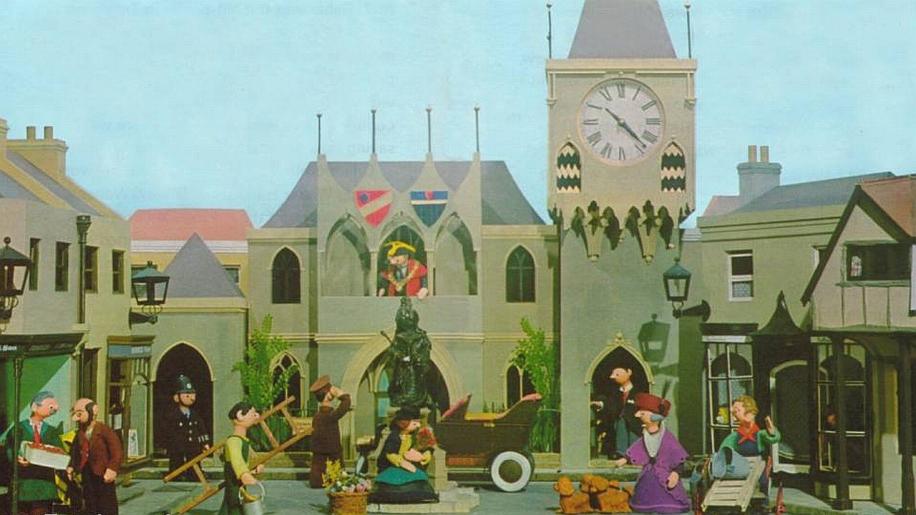 The disc has been given a broadcast correct 1.33:1 full screen transfer that has been digitally remasted for both sound and vision but, let's face it, is still a forty years old print. With that in mind this picture, by any standards is not very good. The picture is all together soft, the colours whilst fairly bight and solid in places often tend to wash due to the fluctuating brightness and contras level, which never remains constant between scenes, or even shots, let alone episodes. The worst problem though is that the picture wobbles, especially the first episode, that makes it near impossible to watch. This problem is fairly non existent in the subsequent episodes, but you're never quite sure. Digitally there were no compression problems or edge enhancement, but even after the processing there are still many instances of print damage and it is very grainy. In all not a good picture, but by all accounts the best that is possible, a shame. The sound too has been given a thorough going over to remove any dirt or hiss, and for the most part it succeeds, the Dolby Digital 2.0 mono track manages to pick out the nuances in Cant's voice and is at a fairly middle range if a little tinny. The songs come across well, not sounding muffled or flat, the riffs of the guitar sounding exactly as I remember them. So functional, audible and middle range, couldn't expect anything more. Rather poor on the extras front, aside for a section devoted to trailers there is only a photo gallery to be explored on one of Windy's sails. Despite the poor picture this DVD is still a good buy for those that remember and even for younger children. My own seven year old wasn't that impressed, though he did stop and watch the Farmer Bell and Windy Miller race, so I'm sure there is something for everyone. Shame about the picture, terrific about the series.