Has Call Of Duty changed? 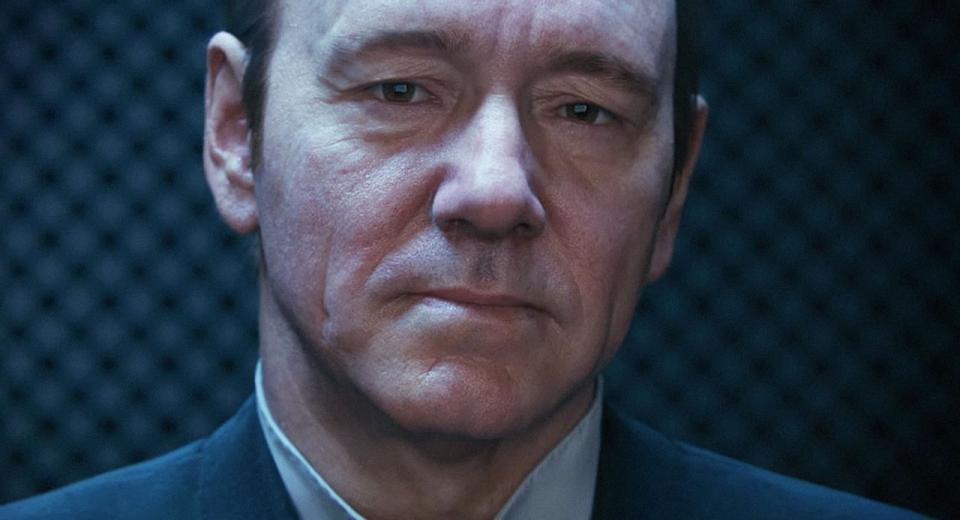 Here we go again, another November, another Call of Duty. It seems as if each year we all watch in anticipation; trying to guess when the series will inevitably complete its slow dismount from the lofty heights it used to occupy. Activision used to proclaim each release was the largest entertainment release of all time, but since those days it has been a slow decline into apathy. With the current generation of consoles hitting their stride, and no shortage of competitors to pick up the slack, the chances of a resurgence are getting slimmer with every release and something needs to change.

Step forward Sledgehammer Games. Formed by previous members of Visceral Games and known for the well received Dead Space, they are touted as the new blood the series might need. After clearing up the mess left by Infinity Ward and wrapping up Modern Warfare 3 they have set about putting their own stamp on this weary formula.

The most fundamental change comes with the introduction of the exo suit. Shooting the series forward a few years into the "near future" allows them to reach directly into the world of sci-fi, with technology like swarms of drones and hover bikes but also remain somewhat grounded in reality with other aspects like the Exo suits which are ripped straight from the pages of a Lockheed Martin promotional brochure. the chances of a resurgence are getting slimmer with every release and something needs to change
The exo suit grants the user several different abilities depending on the configuration. In single player this is dictated by the mission; boost allows you to jump higher, double jump and dodge in various directions, Stim gives you a health top up, while cloak makes you temporarily invisible. A combination of these and more will be enabled per mission depending on the design of the level. Boost jump is the only one worth caring about though; it was always disappointing when that ability wasn't available as it's the only addition that changes the feel of the combat in any meaningful way.

The increased level of mobility is easy to get to grips with and folds seamlessly into the wheelhouse of frenetic combat we have come to expect from the series. In the levels designed for it, the jump happy gameplay feels more dynamic ever; most notably when paired with other mechanics such as the grappling hook, which allows you to access higher vantage points and execute kills, which must surely border on copyright infringement of Mortal Kombat's Skorpion. These moments tend to be a little more open and free flowing, with several paths through the environment to reach your objective.

As is customary though, these tend to be deviations rather than the standard mode of operation. At this point it's hard to separate which elements of Call of Duty's design are core to its identity and which are just part of a design template to follow under a pressured time scale. Why is 70% of the campaign simply following an NPC? Why does my character never open doors unless it is to breach in slow motion and play "don't shoot the civilian" in slow motion on the other side? Why does the series insist on inserting 2-3 vehicle missions which always feel under developed and frustrating? Which elements of Call of Duty's design are core to its identity and which are just part of a design template?

Rather than evolve these elements of the design, Sledgehammer has chosen to walk the path of previous developers, propping each level up with various diversions and gimmicks which succeed and fail in equal measure. A Predator-style stealth mission here and remote assault drone operating support mission there. It does a reasonably good job of holding your attention enough that you want to keep seeing what type of carrot they put on the stick next.

The presentation also helps, visually the series finally steps into the next generation with some decent graphics; it doesn't break any benchmarks but it's certainly the step up that Ghosts failed to deliver. If numbers are your thing the Xbox One version sports a dynamic frame buffer which renders most of the action at 1360x1080 but steps up to the full 1920x1080 in certain circumstances while maintaining a mostly solid 60 FPS. Reports suggest that PS4 version holds the full resolution throughout, however it does so with a few more drops in frame rate. Either way you won't wonder whether you could have got away with purchasing the title on last gen hardware.

Where it does push things forwards is with the excellent cut scenes. A necessary prerequisite I imagine to make the most of their Hollywood AAA asset Kevin Spacey who, by default, elevates the proceedings as Atlas boss Jonathon Irons. Backed up by Troy Baker as the player character Jack Mitchell, they deliver some impressive motion captured performances which really impress during the well rendered cut scenes, and help them carry the predictable but entertaining story beats with greater effect than expected, propelling the campaign through its 6-8 hours length. Kevin Spacey elevates the proceedings as Atlas boss Jonathan Irons
As always though, the single player is little more than an entrée; although this campaign is the most likely candidate to be replayed since the days of "All Ghillied Up" and "No Russian", the main draw remains the multiplayer. Here the fundamental core abilities of the exo suit are normalised, with boost jumping and air dashing enabled at all times, the other exo features such as cloak and shield make appearances as supplemental abilities which are selected within the returning class creation system "Pick 13" which allows you to build a class from the 13 elements of Primary and Secondary weapons, attachments, equipment, perks, wildcards and now kill streaks.

It's still a good system, which allows you to tailor your load out specifically for your play style, so you can continue to do away with unnecessary equipment to successfully min/max your primary, or forgo some of the higher kill streak rewards you may never achieve in favour of more useful perks. All of the unlockable elements are present in the same system, kills with weapons unlock attachments, XP gained in matches unlocks weapons. If you have played a Call of Duty game in the last 10 years then 85% of how the multiplayer is structured will be familiar to you, the weapons and score streak may have changed, and things like exo abilities have been bolted on, but fundamentally it remains the same.

Which handily is the same conclusion I have come to regarding the actual gameplay, the increased mobility certainly changes the way Call of Duty feels but not so much that it become unfamiliar, maps take on more verticality and you spend much more time looking up than before. Maps have gone back to the much loved "3 lane" design of old but now those lanes are much more open and frequently more intricate with tunnels, windows, roof tops all presenting dangerous entry points just waiting for people to burst through.

If the fast paced nature of Call of Duty was already something you were having trouble keeping up with, none of the changes in this year's edition will appeal to you, in fact they will push the game further into a realm of fast paced, twitch-based competitive hell you simply won't enjoy There are classic modes which disable exo abilities, but if you're considering that then I would suggest you are better off finding a game where you don't have to disable one of the most most interesting elements of its design to allow you to enjoy it. fundamentally it remains the same

If, however, you are a fan of the fast paced shooter Call of Duty has always been, and were looking for genuine reasons to return to the franchise which has become stale, this is most certainly the best opportunity to do so in years. The balance between the new and the familiar is well mixed in the core gameplay, giving you a good enough reason to dust of those reflexes. All of the systems around the gameplay could use some similar treatment though, the XP, kill streak and customisation options are still just familiar background noise which could use another rethink. They nibble around the edges by introducing supply drops which give you random items to equip, some of which expire. There are the obligatory set of new modes, most notably Uplink which mashes together Capture the Flag with basketball for an interesting objective-based change of pace. But in reality you're still simply finding a gun you like the best, more than likely hitting Team Deathmatch and trying to end up somewhere near the top of the list.

If competitive play really isn't your thing then Exo Survival provides you with a standard version of a wave-based co-op mode, which you can play in private lobbies or online. Oddly, the maps available are locked behind how may rounds of survival you have completed, with four tiers to unlock. Waves will alternate between kill rounds - which throw increasingly harder and well equipped enemies at your team - and objective-based rounds which pull familiar elements from multiplayer modes, such as collecting dog tags, defending a hardpoint or defusing a bomb.

Exo Survival comes with its own set of classes, load outs and score streaks which can all be upgrade the more rounds you survive. It's a challenging mode to tackle with friends, but beyond the challenge there aren't any story-based elements from the previous incarnations of this mode, which doesn't leave a lot to get your teeth into unless you are desperate to avoid playing standard multiplayer.

Which actually might be dependant on the state of the online experience, these very forums provide a wide range of opinions on the state of the multiplayer, with some - like myself - who experienced few issues outside of the standard launch day niggles, to those who suffer from the classic problems of bullet sponges and the joy of being shot before even rounding a corner. A general rule of thumb would seem to suggest if you have suffered from these problems with the series in the past, approach with caution. As usual, patches are inbound and promises are being made but as of right now it's impossible to guarantee a smooth experience for all involved.

For years now I have maintained the equation to calculate the amount of fun any given player might derive from a Call of Duty game hinged more on the player's side than the game's. The amount of exposure you had to the series had almost a direct correlation with enjoyment, the less the better.

For the first time in a while, the equation has been weighted the other way. While the majority of the content here is still par for the course, there is finally enough fresh material to make a difference, with improved visuals, a decent campaign and the most fundamental changes to the gameplay in a decade.

It certainly won't allow the series to dominate this new generation like the last, and it still relies on tempting back lapsed players rather than seeking new blood, but for those that have written off the franchise entirely as having nothing further to offer, it finally might be worth taking a second look.