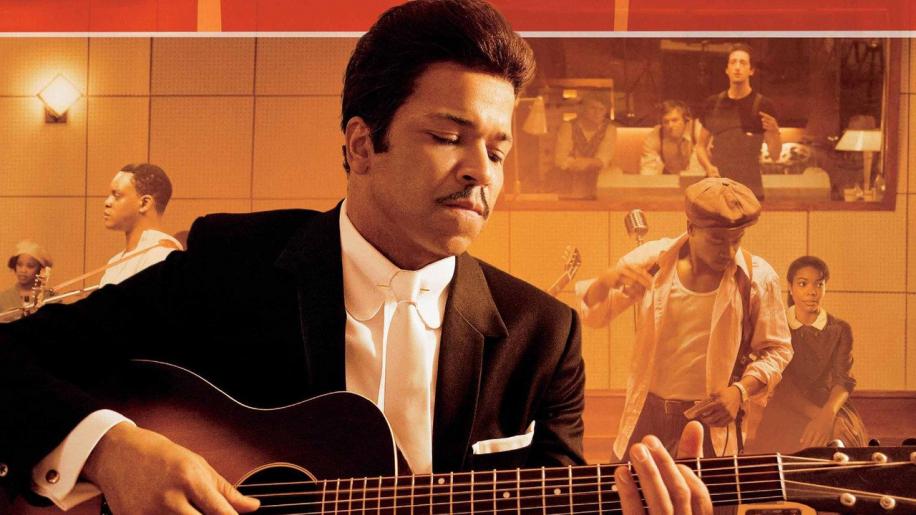 You know, when it comes to playing music there's still something great about a good old fashioned record. Sure, the modern day digital formats are incredibly convenient, precise and a wholesale improvement over what the analogue format ever had to offer but it still remains a matter of opinion. I guess many of you may disagree but to me when you put the needle to the record then the sound comes out warm, lucid and in many ways quite fondly imperfect.

As I say don't get me wrong, music is music, but downloading a 'tune' is simply not the same as what it felt like to go out and rush to buy the latest record. When I grew up for example buying a record always felt like an event. I used to pop down to the local record store, thumb merrily away through the sleeves and with the anticipation levels rising I would end up buying the very latest releases from all my favourite artists; it was all such a buzz.

You see there's something about a record that I will always cherish and once you've lived through it those bits of vinyl will forever have memories attached to them. I guess the generations of people that have experienced this first hand will know all too well what I am talking about here. There was a time when music really was the life. It should therefore come as no surprise that any film that charts the birth of a particular form of music will always stir an interest; I really looked forward to watching Cadillac Records.

Between the 1940's and late 1960's Lejzor Czyz (Adrien Brody), a son of a Polish immigrant crossed the racial divide into the world of African-American music. Not a musician or singer himself, he was simply an opportune business man of Jewish origin. I doubt he realised that just by setting up a record label under his adopted name of Leonard Chess where it would all end up. Not only did 'Chess Records' go on to record some of the most revered and influential black artists of the last century, the legacy still exists in some of the greatest music bands ever since.

Whilst the 'Blues' are commonly associated with Jazz music, there is in fact a greater attachment with the birth it gave to Rock 'n' Roll. Cadillac Records goes about charting the story of this immensely influential label. Setting himself up in downtown Chicago, Leonard Chess hooked up with Muddy Waters (Jeffrey Wright), immediately took him under his wing and brought his wonderfully abstract 'black' music to the masses. Right from the off you get a real sense of love develop between the two and one that bridged a distinct racial divide.

Over 60 years later we now have a world that celebrates music in all it's entirety. Music really has now become a colourblind world. How very wrong those divisive times back then were and how thankful we should be that the shackles were torn to release the abundance of creativity that laid within.

Following Muddy's breakthrough there soon followed a host of artists all eagerly willing to sign to the label. The opportunity to make a record was an incendiary flame for the raft of talent begging to break through. The talent was pure genius, the music was raw and the results were groundbreaking. The influx of many acts like Little Walter (Columbus Short), Willie Dixon, (Cedric the Entertainer), Chuck Berry (Mos Def) and Etta James (Beyonce Knowles) paved the way for hit after hit that sent the masses wild and the label to a meteoric success; the rest as they say is history.

Adrien Brody performs convincingly and through him you can really feel the Jewish affinity towards the African-Americans that existed at the time. That's not to say he is the outright star of the film as everyone weighs in with a credible presence. By the way if you're wondering, the synonym of 'Cadillac' derives from Leonard Chess marking the car as the one icon that symbolised the coming of age, success and wealth in America. Not only did he go on to buy one, he ended up literally buying a fleet of them to give to all his successful artists; the name tag clearly stuck.

Jeffrey Wright plays Muddy Waters quite superbly and Beyonce really does turn it on as Etta James. I'm not a great fan of her acting abilities but her singing ones are unquestionably good. In many ways she does really well here because she plays a singer who for the most part simply has to sing; a fish in water is always likely to swim.

If there was a little surprise then it has to be rapper come actor, Mos Def. Charged to play the part of Chuck Berry he pulls it off in a rather cheeky and mischievously misfit manner. I could easily imagine that Chuck Berry was not far removed from what is portrayed here but it is actually at this point that the film reveals one of its major flaws. Mos Def does a good job but it's the character depiction and placement of Chuck Berry and other artists through the script itself that falls foul. There is simply no justice to the careers of the stars that it tries to portray. It's criminal but you never really get a tangible sensation of the feeling that these artists caused and stirred throughout America.

The music in the film on the other hand is excellent and all the singers have played their part in depicting the original artists as best as they could. Unfortunately though, it's not enough to make up for the shortcomings of a weakly constructed script. It'd be unfair to say that it is completely disjointed, but it just lacks any real depth. A gradual spiral into it's own world of sex, drugs and rock'n'roll is also not the cohesion that this film needed. As a result I really felt that this was a missed opportunity and the film all too frequently lost its focus. Where it needed to be tight and concise it became blurred and rather blasé.

Nevertheless you shouldn't rue a missed opportunity too much and although it's only a mere shadow of what should have been, it is still a film worthy of a watch.