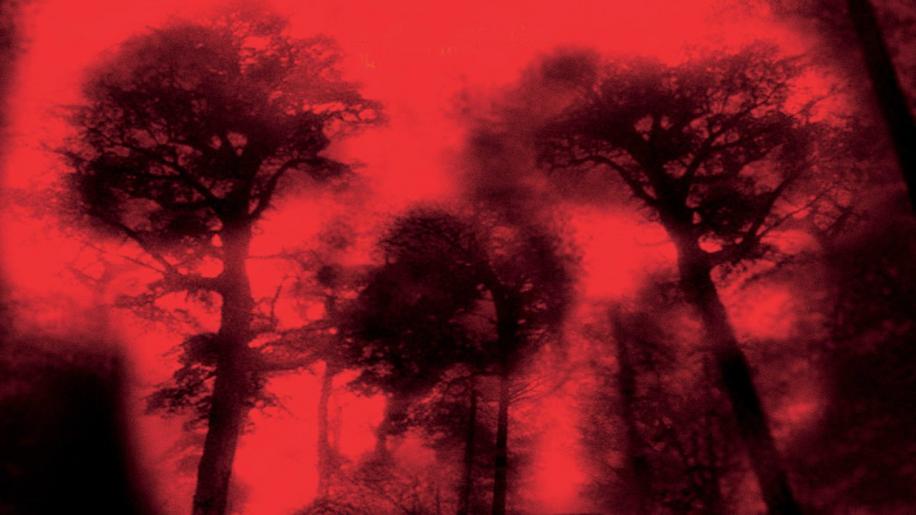 Well this is a bit tricky. You see Cabin Fever is an homage to schlock 70's horror movies. As a consequence of this Roth has chosen to try to replicate the look and feel of this genre. As a result picture quality is not cutting edge but it is true to its roots. Let me explain. Early, brightly lit scenes have a washed out look to them. Colours are muted, and a lemon yellow tinge washes over everything. This gives an overexposed look. Later in the film in darker scenes a very compressed contrast range is in use. Blacks are very black, and shadow details become lost as a result. Throughout the majority of the film, a certain amount of grain is present. Some scenes avoid this, such as the sex scenes, but these have an overall soft focus effect. There are no digital artefacts and no signs of edge enhancement. So you see, it is a good encoding of a deliberately “flawed” image. You either like this approach or you don't. My view is a filmmaker has every right to produce a certain feel or look to the movie, even if this means we get an image that is less than perfect in appearance.

Here is one area where, I am delighted to say, Cabin Fever does not resemble the seventies horror movies it lovingly portrays. The sound mix is presented as a Dolby Digital 5.1 track at 448kbps, with a +4dB push to the dialogue channel. For the most part the soundtrack is excellent. Well mixed with precisely located effects, it does an efficient job of heightening tension. Off screen action is easy to locate with the front sound stage nice and wide. Bass is loud. You know the kind of thing: sudden forceful bass at a particularly gruesome exposé. Not the most rich or rounded bass, but certainly loud. While there is some action going on in the surround channels it is limited, and could have been improved upon for racking up that tension. Dialogue is generally clear and focused, except for the early scene at the store, when the storeowner has a badly dubbed track, which sounds muddy and dull. Other than these few quibbles a decent track.

Well you certainly can't criticise the disc for a lack of extras with five, I will repeat that - FIVE - feature length commentary tracks. We have one from the director, one from the boys, one from the girls, and one for Rider Strong, who apparently wouldn't shut up so was given a track all of his own. Now in order to tell you exactly the content of all of these tracks I would have to watch this movie six times, a total of nine hours. I didn't. But I did listen to enough of them to be able to give you the tone and gist of each track. First up is Roth himself. This guy has verbal diarrhoea. He starts talking at the beginning of the title tracks and never, never stops until the end of the final reel. He tells us about himself, his background, his education, his influences, and his love for baseball. By an hour or so in he starts to tell us about the movie and the production process. Its all good stuff but boy is it exhausting. Next up is a commentary with “the boys”, the male members of the cast with...Eli Roth, and guess what?, He totally dominates the commentary. He starts up over the opening credits, and stops over the closing credits. He sort of interviews the cast but is still the major player. Third is “the girls” a commentary track with the female characters in the cast and....Eli Roth. This track is far chattier. You get the impression that Roth fancies Jordan Ladd (and who wouldn't) and Cerina Vincent (ditto). Commentary with the filmmakers includes producer and cinematographer, with Roth, and this is the most technical of the tracks, best for those of you most intrigued by the whole process of making a movie. Again it is an interview format and covers everything from the inception of the opening credits to the use of film stocks to achieve different looks throughout the movie. This is actually my favourite of the tracks, and the one I was happy to sit through, closely followed by Roth on his own, but you do have to pause for breath once in a while during that one. Finally is the erstwhile star of the piece Rider Strong with Roth and is similar to the other chatty tracks. To be honest I am not a huge fan of commentary tracks but all of these efforts are enjoyable. The actors and crew are interesting people with interesting things to say. I didn't listen to every word on every track (apart from the filmmakers track) but I did listen to a good 30 minutes of each and if time was not a factor I wouldn't mind listening to them all the way through.

Backing up the mammoth commentary efforts are a truly excellent behind the scenes documentary. Thorough, informative, and genuinely behind the scenes with plenty of onset footage, this is what a “making of” documentary should be like. Some Roth fans may already be familiar with “The Rotten Fruit” his animated series about the most popular rock band on earth. If you are not you will be in for a pleasant surprise as three animated shorts are on the DVD. They are hilarious with my particular favourite being the Fruits taking on American boy band C5 in the battle of the bands. Pure joy.

Family version is a U rated version of the film with “a few cuts” in order to get the U rating. Excellent for its 32 second running time, and Chick-Vision™ gives a warning before particularly gory scenes allowing you girlies to cover your eyes in plenty of time. Pancakes is just plain weird. Apparently it is a form of karate, and this is a short reel of the mulleted blond kid doing it.

This is an excellent DVD package. Whilst lacking the visceral shocks of the films it pays tribute to, Cabin Fever manages to amuse, entertain and gross out all at the same time. The DVD extras are exhaustive and entertaining which, believe me, is not always the case. If gore is your thing slip this disc in your player. Hope you like the colour red!