Anyone who loves animals, look away now. 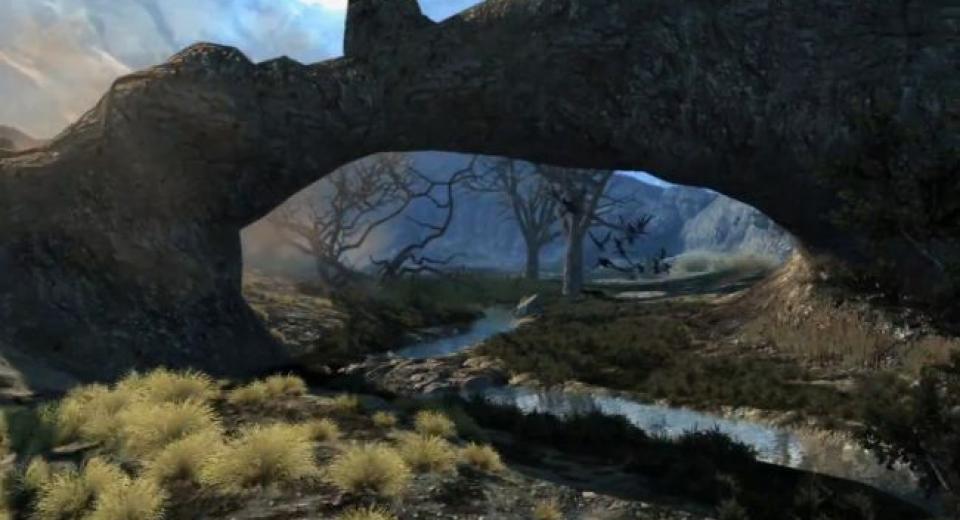 There’s no point beating around the bush on this one; you’re expecting me to lambast this to hell aren’t you? Well prepare to be shocked and eat your words, because I’m actually going to praise this title. To some extent anyway.

But first some back story; Cabela’s Big Game Hunter (BGH) has found a home in arcade centres worldwide and more recently has started a new lease of life on consoles thanks to the advent of motion control and camera peripherals. To say the least, the past few console titles have not been that good and have been consigned to bargain bins nationwide.

Now with the added bonus of being able to play BGH with your beloved Move controller, BGH 2012 has a new joker up its sleeve. The term joker is probably quite apt too as playing with your Dualshock proves to be more rewarding at times. The truth is Move can often be far too accurate for its own good which results in frustration when you’re lining up a precious trophy shot.

Somehow, developer Cauldron has managed to shoehorn a plot into this year’s outing which deserves credit in itself despite the whole story sucking giant eggs. So the narrative goes like this: you find yourself trotting the globe to hunt some of the planet’s most exotic mammals as part of a big competition. From rabbits, to foxes to mountain lions you will see various creatures, learn their traits and how you must take them down to achieve maximum scores. A quick tutorial shows you the art of stalking your prey and taking your time to line up the perfect shot to silence your prey. Each animal you are after often requires a special objective to be fulfilled in order to acquire the highest points, like killing a target with a heart shot or shooting it from over 200 yards away.

There are issues however, when you are trying to shoot the smaller creatures with a long-distance weapon. It’s a lot easier said than done to take down a rabbit from thirty yards with a rifle that can comfortably cover 200-300. You could then, turn to your side arm, the trusty shotgun, but you are penalised in points for taking the easy option.

You are also encouraged to hunt targets whilst utilising the local vantage points and shooting rests in order to take a more stealthy approach. These rests and waiting spots are quite useful for the most part, but when you have 30 seconds to shoot a deer before a cougar has its way with it, they serve little purpose. The stealth route sometimes reaps rewards in terms of bonus points, but so little so that just blasting through will be the favoured option.

There are elements of strategy to Cabela though which should be played on much more in order to make the game more appealing. You are given whistles in order to attract animals to your location but also attract predators which try to steal your kill which does make things quite interesting. The rest of the title feels like it spoon feeds you in comparison as nearly all your objectives and goals are highlighted on-screen as opposed to leaving you to track down targets the good old-fashioned way. Surely knowing where your target is the whole time defeats the object of the game in the first place? For an Activision title, you’d expect big budgets and top quality graphics for your money, but not here. It seems that every method to keep costs down has been adhered to rather strictly as the graphics look outdated and the attention to detail is not the best. Yes I know this is an arcade title, but why can’t we be treated to one which still provides quality visuals and gameplay?

The gameplay isn’t always the best either, which is sad as the game would be quite entertaining were it easier to pick up and play. One massive flaw with the control scheme is this: it doesn’t stay the same. By that I mean that the controls are completely different from the Dualshock to the Move set up. Why? Who knows, but it sure is frustrating. My advice: stick with one or the other or else you’ll get in a frustrated tangle when you end up pressing the wrong button.

Sadly that’s not the only problem with the mechanics either as the aiming and bullet tracking never looks like you can trust it. For instance, gravity and wind direction/speed all play a part on your bullet’s flight which means you have to compensate for such things when you’re aiming. Now this wouldn’t be such an issue if the tracker actually resembled where the bullet would end up, but it doesn’t.

You are offered the chance to upgrade your weapons throughout which gives them higher rates of accuracy, damage and faster reload speeds. But even this feels shallow as the choices to upgrade themselves are quite limited and often seem pointless anyway. When your rifle can already kill pretty much any target from 200 yards away, what is the point of upping the damage rating? Surely that is just overkill? As you progress through each level and country, you are given opportunities where you can gain the upper hand over your fellow hunters during the campaign. Bonus points can be attained by finding secret areas, killing a set amount of lesser animals or snapping the local wildlife as opposing to splattering their brains with the worlds loudest rifle assortment. It’s not made clear why or how you do this, but when you need to take a snapshot of Bambi sipping from a lake you must do so using your binoculars. Answers on a postcard please.

Cabela does return to its arcade roots in a less formal mode called, you guessed it, ‘arcade’ mode, allowing one or more players to co-operatively, or competitively, go hunting through the countries that you visit through the single player campaign. This is probably the more enjoyable mode to compete in as the single player does grate after an hour or so of playing in one sitting, whereas here you can blast through several unique missions each with a different edge to it. One mode is simply there for you to shoot everything in sight whilst others make you take down targets in order against time constraints or hit them in a designated organ.

So as you can probably see, this will not be the title that will keep your interests piqued for hours on end or keep other favoured games sidelined for any length of time. If this were a budget release, then it would come with a much higher recommendation but it is hard to suggest this as a viable alternative for any shooter fan. As a hunting title, filling a very niche market however, you could and probably should take it for what it is and accept its shortcomings and give credit for it being the best title in this genre. The best of a bad bunch does spring to mind when you put it that way…

What Cabela lacks in its style and longevity, it makes up for by being unique and easily the best hunting title you can get on PS3, but then again that's not the hardest achievement ever. Big Game Hunter 2012 falls short in terms of graphics and scale when you consider that this is an Activision title and you'd expect much higher production values from such a big studio.