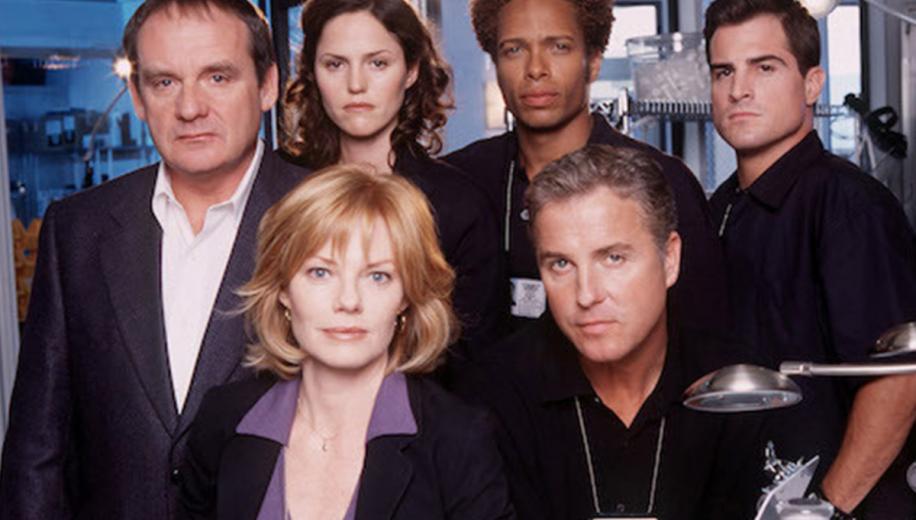 I always thought that one of the most compelling aspects of watching CSI was the presence of William “To Live and Die in LA” Petersen’s lead character, Gil Grissom. Unlike his Miami and New York counterparts (although I do think Miami’s Horatio Caine – hammy as hell, played by David Caruso – is entertaining for other reasons), Grissom was quite a quirky, introverted character; often shown as eccentric and aloof, but meticulous in his work. He started off playing the role in what felt to be a progression (or dilution) of his character in the underrated Thomas Harris / Hannibal Lektor thriller Manhunter, but plenty of stuff happened to him over the years – threats to retire him on disability grounds (he was losing his hearing); his 2nd in command, the irritating Catherine Willows (Marg Helgenberg) vying for an equal position at the top of the pecking order; the team being subsequently split – and thankfully reunited; and, of course, the numerous, at times quite personal cases that he had to endure. He dealt with several serial killers – took up firearms training to deal with one; had to save a buried-alive Nick Stokes (George Eads) from another; and even had his new love, fellow CSI Sarah Sidel (Jorja Fox), kidnapped by the latest. Then he lost one of his closest CSI members to a corrupt cop. Eventually, he had enough, and retired, marrying Sarah, and leaving the team. But not without finding a replacement.

Now, in my opinion, there’s always been a strong argument for stopping CSI when he left. No Grissom, no CSI – it was pretty-much as easy as that. He was not only the lead character, but he brought the whole team together: his morality was always the backbone of the show, his unerring sense of justice and right. This was all what Grissom brought to the table, and without him the show really shouldn’t have gone on. Unfortunately, being one of the highest watched programmes on TV, there was no way that the Studio execs were going to let this one die without a fight. And when they talked about bringing in the Matrix’s own Morpheus – Larry Fishburne – I wondered whether it might just about work. In Season 9 he was introduced as a serial killer expert, Dr. Ray Langston, and he got straight into the thick of things when he came onto the scene. Unfortunately, at least for me, his good start was just as quickly curtailed, and he was portrayed as a complete newbie; shown learning basic CSI skills of fingerprint detection and evidence gathering, and sidelined as little more than ‘just another member of the team’. I felt that, without a strong CSI lead, this drama simply was no longer worth watching. Fishburne wasn’t even being given a chance to step into Grissom’s shoes, even if they were big boots to fill. After half a season of pretty average episodes, I seriously had my doubts about what the 10th series would have to offer.

Well right from the pre-credits sequence in the Season Premiere you get the impression that they were trying to change things up quite a bit in this show – recover the mindset as Grissom might say – with a first few minutes showing you (in freeze-frame) exactly what to expect from the end of this particular story: explosions, people being shot, agents who look like they’re from The Matrix raiding the CSI labs, and none other than Morpheus poised after having kicked one of them through a window. It was all very cool indeed. Of course, it could never live up to that introduction, but it still got things off to a strong start, and – by the end of the episode – we’re already being introduced to the overriding story-arc for the season, another serial killer plot-line. Personally, I find these stories, which play out over the entire season, make for the most interesting of the CSI plots – and so it was quite exciting to have a new killer on the loose, here dubbed Dr. Jekyll.

The character development is also quite nice, with Catherine finally promoting Nick to assistant Supervisor. Although this doesn’t appear to have any great effect on his actual authority, it does give him more screen-time, which is a blessing when it means Catherine gets less! The short-lived character of Riley Adams (Lauren Lee Smith), who had a horrible attitude – and thankfully left between seasons – needs to be replaced, and who better to return than Jorja Fox’s Sarah Sidle (now Sarah Grissom). Whilst they don’t fully explain how she can spend all her time away from her husband, at least it’s nice to have her onboard – it feels a bit more like the old team (particularly with Warrick gone) and we get plenty of references to Grissom, keeping the love alive.

Then there’s Fishburne’s Dr. Ray Langston. Now promoted to CSI Level 2, he’s shown to be leagues ahead of the novice he was last season, having taken a whole bunch of courses, and gained a fair amount of experience. He’ll never be Grissom, but – thankfully – he’s finally becoming a character in his own right. Still meticulous, he has more theories this time around, and his very personal input on some of the investigations (not least the Dr. Jekyll substory) makes them – and him – all the more interesting. In fact, in the course of just this one season, he has come a long way, and you can finally see how this show could potentially work without Grissom. But they’re not there yet.

Of course, this is far from a consistently excellent season. It may be sporadically great, and generally quite good, but the excellent episodes are pretty few and far between (as is usual for the serial killer plot, they spread the episodes out almost evenly across the entire season – and only about 4 are directly relevant). It actually manages to keep up a good standard for quite a few episodes: an office worker gone over the edge plot making for compelling viewing; then a racist cop shooting an unidentified black cop; a male rape story; and, of course, the exciting 3-way CSI crossover (all the episodes from which are included on this release). Now I think this was a little bit of a stretch – certainly the Miami side of things felt wasted, which is a shame because it reunited King of New York co-stars Fishburne and Caruso – but the CSI: NY second part was action-packed, and the Vegas-based finale offered up a nice conclusion. And we’re less than halfway through the season.

But things do start to go downhill. The second Dr. Jekyll episode is diluted by a parallel investigation of some irritating rednecks and far too much unnecessary humour; a Romeo and Juliet-esque episode promises more than it delivers; and another two sports-related episodes feel totally unnecessary (that’s American football, professional golf and street-racing that we have covered now). And it only gets worse, with the painful, requisite ‘lab geek’ episode, Field Mice, marking the only episode that I simply couldn’t watch in its entirety. Seriously, some of these side-characters need to be shot. To death. Thankfully the show goes out on a fairly decent cliffhanger high, with a double-bill on Dr. Jekyll, and some interesting further development into Langston’s volatile heritage. His background’s already been hinted at throughout the season (his shooting somebody at the end of the last season, his watching several people die right before his eyes, his father’s violence and his own temper: “high threshold, short fuse”) – and the last couple of episodes threaten to finally send him over the edge.

All in all, Season 10 of the long-running original Vegas-based CSI crime show is far from a bad entry amidst the ranks. It may not be an all-time classic season, and the Fishburne-led seasons will likely never attain the heights of the best Grissom-led equivalents (e.g. Grave Danger), but it is far better than I ever expected with Grissom gone. Should they continue to develop Fishburne’s lead character, and continue to offer interesting, thrilling overriding story arcs about returning characters (always the mark of a good season of CSI), I’m sure this forensic procedural show will prove to have plenty of life left in its old bones.