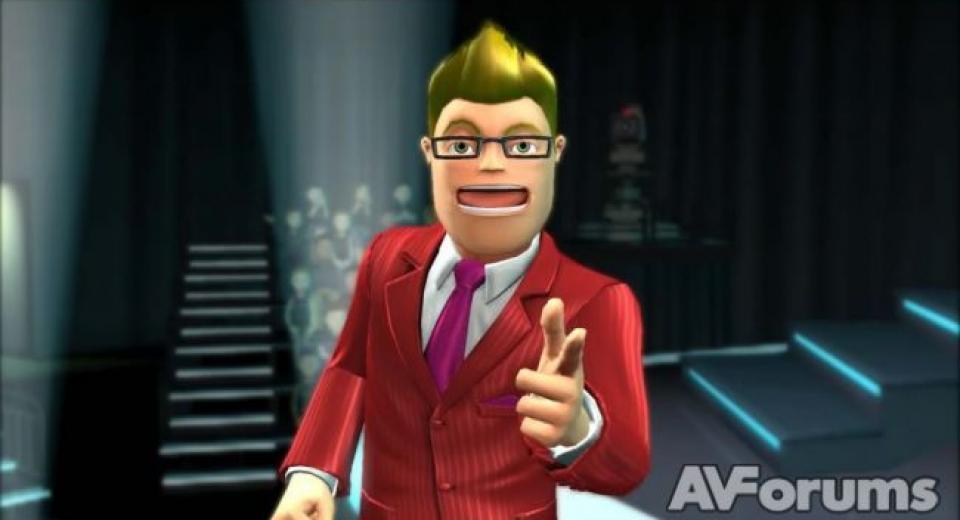 You can tell the big publishers are aware that the nights are drawing in and people’s minds are wandering towards Christmas. Sony has unleashed a volley of party games, with SingStar: Guitar, SingStar: Dance and this, the latest in the Buzz quiz franchise, Buzz: The Ultimate Music Quiz, all in quick succession. Developed by Relentless Software, the series has been a staple of the pick-up-and-play party game genre for five years now and the sales figures show little sign of it receding into the background with the regular updates, now stretching across three Sony consoles, as well as the spin-off Junior versions made for the younger market. With this latest version the release has been timed to coincide with that of the PlayStation Move controller and this game has been developed to take advantage of the innovative peripheral and, hopefully, add some more fun and variety to the equation. Once again the titular figure is ever present, with his corny one-liners and faux game show host swagger. He’s a little taller and more life-like, but not to the point of showing a notable attempt at realism. The shift to a beefier console hasn’t drastically altered the style or indeed the level of gloss, as this was never a title with which to wow your friends with the wonders of modern technology, but there has been a bit of spit and polish applied to the visuals. Player profiles are back and they now sit alongside some more inventive features utilising the PS Eye such as mapping users’ faces onto comedic avatars. It may not sound like much, but this is the type of addition that generally goes down well when there are a few friends around (and maybe a few drinks as well). The menu system is as uncluttered as ever but the manner in which navigation utilising the Move peripheral has been implemented works all the better for this. A minimal amount of options in each sub screen helps the gentle trigger and flick necessary with the Move to pick your way through, with the bare number of “whoops” moments that’ll see you hit the wrong choice.  The games that integrate the camera functionality suffer the usual problem of an adequate light source being needed, but this is hardly a fault of this piece of software, more a general hardware limitation. Still, crank up the dimmer switch and not only are things crystal clear but a handy snapshot of each participant is taken for your friends’ amusement, prior to you making a fool of yourself.  Key to the game’s appeal is obviously the music itself, and it’s clear and crisp, even surprisingly so if you are just reliant upon the in-built television speakers for your audio. Not much has changed with regards the core gameplay. You still have a basic quiz system that relies upon knowledge, reactions and elbowing anyone near to you as a distraction. Fun, pure and simple is the order of the day, and the ability to take snapshots of players or even record your own buzzer noises makes this all the more apparent. Get round a few friends and there is the very real likelihood that more time may be spent monkeying around with these playful additions than on the quiz itself.  The novelty though will soon wear off, as for all the bells and whistles that have been layered upon the franchise in its short but immensely productive lifespan of 18 titles, the central element that brings people back time and time again is the challenge of a good mental workout. The spine of what Relentless Software have created is incredibly simplistic and is a format that arguably shows little difference to numerous other titles, TV shows and even pub machines. In essence, question and answer under a time limit.  The standard features that haven’t really progressed throughout the series’ lifespan are still as addictive as ever, but the lack of licensed music makes for a slightly disconcerting time. It is one thing to have your music knowledge probed and be pitted against the clock, but when the questions themselves seem to be less than clear it can lead to a somewhat vexing experience. Imagine the TV comedy quiz show Never Mind The Buzzcock’s intro round – songs that seem reminiscent but are being strangely butchered. A change of key, a slight dip or rise in pitch and at times what can seem to be the use of different instruments all add up to a further hurdle to be jumped, and it is not entirely a pleasant one. If this were not a general fun multiplayer that doesn’t place too much emphasis on the winning and losing, then such things as working out what an otherworldly rendition of a classic tune actually is, could genuinely grate. In solo mode these annoyances become heightened as, when the only thing to aim for is to beat the established high scores, the feeling of being made to run with your shoelaces tied together can irritate. Thankfully this is clearly a game designed to be enjoyed with company and as such there’ll likely be less shouting at the screen as arguments amongst yourselves about the fact that the unlicensed songs are hindering your performance. You’re all in the same boat, and with the usual background noise the differences between real and imitated tunes will make less of an impact on your play. With this being a Move compatible piece of software, and released at an opportune moment to take advantage of those eager to get the maximum value from their shiny new peripherals, you’d be forgiven for thinking that this may have been built from the ground up with Sony’s magic wand in mind. Unfortunately you’d be very much mistaken. If you’ve bought a couple of the controllers hoping that in some way they were to be integrated into the central game then you’re in for a disappointment as there are merely four mini-games added to the already existing Buzz controller reliant formula. These range from grabbing the correct answer with a magnet (and then placing it into a crusher), shooting it, hitting it with a hammer or bursting balloons emblazoned with the wrong answers.  The problem with these sections is that they look and feel like what they are – tacked on. They are not woven into the main game but a handy side attraction for you to show your friends the joys of motion control. Everything about them is simplistic, but not I’m afraid in a manner that makes them instantly addictive no frills fun, but rather straightforward and unimaginative. The hammer game could have been a whack-a-mole frenzy but instead is nothing more than waving a virtual tool at four options at the bottom of your screen. Only the popping of balloons requires any real dexterity and concentration as they float around the environment, but ultimately that too becomes a deflating experience that lacks variety. It seems a minimal amount of thought has gone into these sections, so little that emblazoning the box with the tagline “Move compatible” is arguably excessive and unrepresentative of the peripheral’s minor role in the gameplay.
As with any party game, the amount of time playing it will likely depend on the amount of gatherings you hold. As a solitary experience it can be painfully sedate and that lack of activity on screen is almost austere at times, particularly if you’re playing the Move elements and staring at a camera shot of your own empty living room. Trophy achievements add the usual spice, but other than challenging yourself to beat certain requirements or your own score this will not hold your attention, nor was it orchestrated to be seen as a solo pastime.
When enjoyed with friends it becomes an entirely different beast though, and one that has a wealth of questions and enough types of said questions to keep you and your pals amused. Even if you start to find them repeated, there is always the option to download more via PSN. The design is easy enough for all to pick-up-and-play and the lack of clutter on screen could be seen as an advantage in order to help other, less gaming savvy members of your social circle get to grips with it. This accessibility will mean that there is never a lack of friends or family able to give it a whirl which is key to the long term appeal of the title. The backbone of the game remains the same as it ever was, with those keen to show off their musical knowledge most likely to gain from the experience. Unlicensed music doesn’t help (especially now that musical games have us accustomed to genuine tracks), particularly with regards the single-player, but with enough banter going on it becomes less of an issue.  As a budget title, it is hard to argue with the appeal of a new set of questions and a bit of PlayStation 3 spit and polish, but expectations of inventive Move related gameplay that revolutionise the series in any way should be put far from any potential purchaser’s mind.

Buzz: The Ultimate Music Quiz is less of a step forward than at first it may appear. The utilisation of the Move peripheral seems an afterthought with cobbled on, and unrefined mini-games that only nod towards what could have been a far more satisfying evolution of the series. Unlicensed tracks will hamper even the most ardent muso's craving for a fresh set of questions to test themselves against.