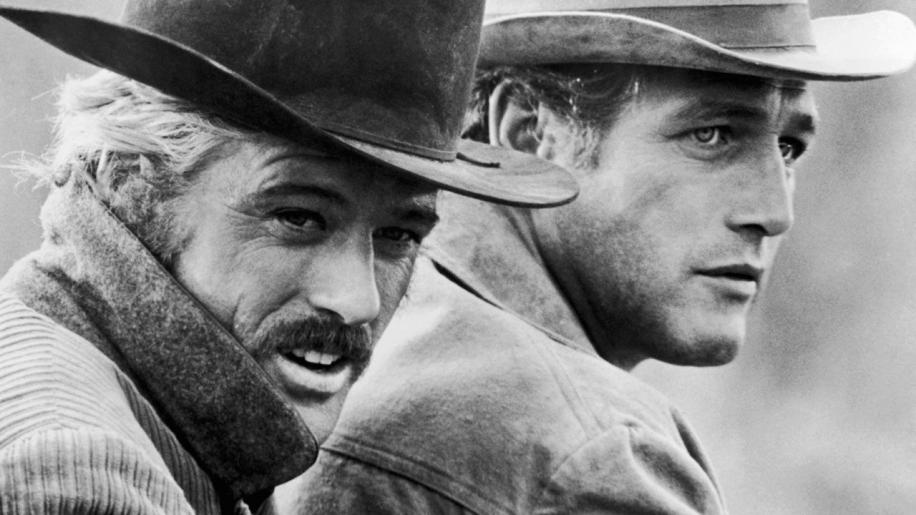 There are certain films that you feel inadequate if you have not seen. Films that are so universally loved that you are somehow a freak if you don't like them. Butch Cassidy and the Sundance Kid is one such movie, and I have never seen it. Whether it is the fact that my Dad left my mother's bedside during my birth to go and watch it (yep, movies ran in the family blood even then), or just an aversion to Westerns I just don't know. But during the 38 years I have spent on this Earth, this particular “classic” has passed me by. When it hit our beloved HD format, then - well I saw a chance to right the wrong.


For those who don't know - Butch Cassidy is perhaps the archetypal buddy movie - inadvertently setting in motion a formula that was to infuse cinema right up to the present day. The formula may have been refined over the years but the basic setup of two male leads buddying up can be traced right through to Lethal Weapon and beyond.


Here, we have Butch Cassidy (Paul Newman) and The Sundance Kid (Robert Redford) falling in love with the same woman, Etta Place (Katherine Ross) and eventually trying to escape the life of crime they have created for themselves and “go straight”. For up to the point when we first meet them, Butch and Sundance have been members of the Hole-In-The Wall gang a group of bank robbers. However, they have the misfortune to be living at a time when the West is slowly becoming law abiding, and it is becoming painfully obvious that there is no place for the likes of them in the new world that is being forged. Therefore, they make a decision. Go to Bolivia, and go straight.


Although the two titular characters were real, one somehow imagines that there is very little here that is true-to-life, despite claims to the contrary. Coming to the film for the first time, I was amazed at just what a light and fluffy concoction the film actually is. It may deal with criminals, but it loses no opportunity to glorify the two outlaws in the eyes of the audience. Thus, we get characters telling them that there is “no-one they would rather be robbed by”, and sparky dialogue between the two leads courtesy of the pen of William Goldman. This is a fair enough line to take, but alongside this glorification of a life of crime, there is very little consequence shown. Indeed, it is not until near the end of the film when we get any kind of inkling of the mayhem these two could cause, and this is in a slow motion (and surprisingly gory) shooting of a group of bandits. This particular scene really jars compared with the rest of the film, as we see a wound opening up in one of the shot men's chest, and the camera lingers for an age over their corpses. This is cinema of consequence, a scene which fails to glorify the pair - and instead shows their humanity. It is an excellent scene, and it is just a shame that there aren't more scenes like this in the film.


Whilst there is no doubt that the two actors do a very good job and spark off each other well, the overall sense is almost of two comic-book characters being drawn onto the screen in front of you. As a viewer, I never once got a sense of three dimensional characters, instead feeling that each event was just being staged in order to get the next glib line into the script. Now, don't get me wrong. The aim of the film is light and fluffy, and it does hit the target spot on in this regard. The two characters do spar with each other delightfully, and the dialogue is sparky and clever. I just longed for rather more depth from the film than I actually got.


To add to the solid performances of the actors and the quality of the dialogue, the direction (by George Roy Hill) is assured and confident. He paints his story against a backdrop of the wild west at a turning point, and fills the frame with spectacular vistas. Whether it be beautifully realised period villages, or a widescreen panorama shot against an amazing mountain backdrop, every scene seems composed almost like a painting. Against this backdrop, Hill moves his camera with sweeping motion perfectly balancing the light mood of the script and action, with a more serious and epic moviemaking style. There are a few times when he seems to let the pace lapse, and relies on the script to carry scenes through - but these are few and far between and he generally keeps things motoring along well.


I cannot say I didn't enjoy Butch Cassidy and the Sundance Kid. It did pass a Sunday afternoon in an entertaining manner. However, having spent 38 years listening to how much of a classic it was, I somehow expected rather more than a sixties buddy movie. I felt that a little more acknowledgement of what these characters were really like would have been welcome, and a little more sense of the consequences of their actions. However, this is probably the stuffy critic in me coming to the surface. If all you are looking for is a sharp, funny buddy movie, set in a beautiful landscape and featuring three attractive leads who display a degree of chemistry - then you certainly couldn't do much worse than this.