We continue to flick through the Argos catalogue 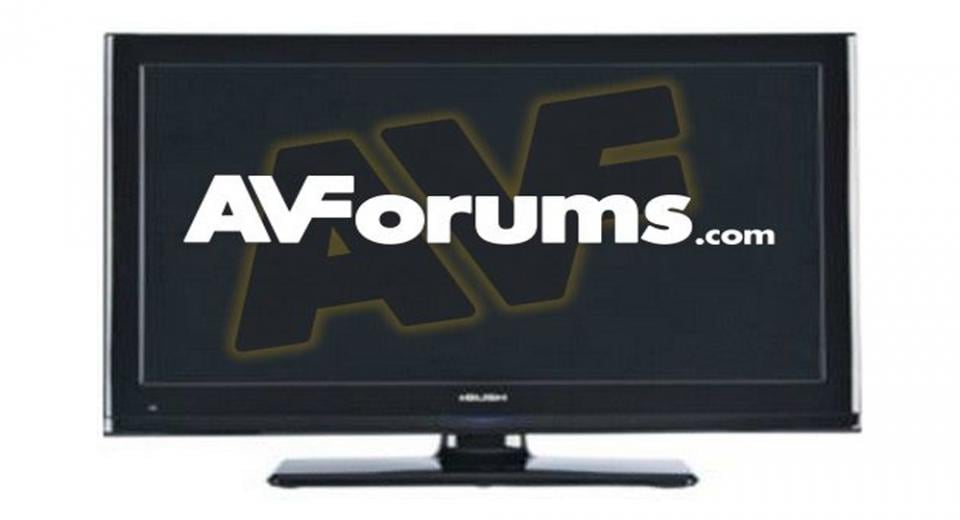 Whilst we’re in the ‘off season’, where the major manufacturers are busy formulating plans and designs for their 2013 ranges, we’re continuing our thumb through the Argos catalogue and look at what potential bargains are contained therein. Having spent time with the largely unremarkable Alba LCD32947HD recently we were left thinking it would probably have been worth saving up just a little more for a more recognised brand. This time up it’s another wholly owned Argos brand - in the form of Bush - and its 32911FHD3D model which, whilst hardly tripping off the tongue, does give clues as to its entry-level 3D TV status. The fact that LG are the dominant force in passive 3D panel production, makes it a given its one of their panels inside, let’s find out what sort of job Bush’s proprietary video processing makes of it.

Other than the different brandings to the bottom of the bezel, the Bush 32911FHD3D and recently reviewed Alba LCD32947HD bare a striking resemblance to one another, being as they're housed in the same relatively hulking chassis that measures 9cm at their deepest points. The bezel is gloss black and fairly broad by 2012 standards but does show some consideration for those with designer sensibilities with its chrome-effect lip beneath the manufacturer’s logo. The supplied remote control is almost gargantuan in its proportions, at 26cm in length, and features an unusual humped design with the OK and directional buttons at the summit of the bump. Button layout is practical and the recess for the index finger makes handling the control less unwieldy than its size might suggest. Our biggest criticism would be that the gloss finish chosen has an extremely low resistance to greasy finger prints so to keep their 10 incher pristine, users might find themselves reaching for the kitchen roll on a regular basis. Around the back, the Bush LCD32911FHD3D sports two HDMI ports, along with single Scart and Composite video inputs. There’s also a headphone jack, coaxial audio and D SUB PC connections to the rear and CAM slot and USB port to the side, for the replaying of media files.

The Bush LCD32911’s menus are comprised of six options - Picture, Sound, Settings, Install and Retune, Channel List and Media Browser. The Picture Settings menu allows you to choose the Picture Mode (Cinema, Natural, Game and Dynamic), as well as set all the usual controls such as Contrast, Brightness, Sharpness and Colour. There is also a Backlight control with four settings - minimum, medium and maximum or auto, a Power Save Mode and a Noise Reduction feature with options for low, medium, high or off. There are also some limited 3D options allowing you to select the Auto mode or manually choose a Side by Side format or watch 3D in 2D. Finally, there is an Advanced Settings sub-menu and in here you can select the Colour Temperature (Normal, Warm or Cool). From the advanced settings, one can also select the Picture Zoom (aspect ratio), set HDMI True Black on or off and set the tint control; so there are no advanced calibration controls or film mode options, as expected.

The Bush 32911FHD3D doesn’t pack in much in the way of features, other than the rather surprising inclusion of 3D. There is some limited video file support, via the USB port, and the option to view photo’s (jpeg) or listen to music (mp3) but the media player’s basic interface and slow loading means you’re likely to have better options as a media player close at hand.

A quick switch in to the Cinema picture mode and a change to the Warm colour temperature, in the Advanced Picture Settings, instantly paid dividends. We would have been much happier had we managed to get delta errors closer to the level of 3, where we can’t see them but as blue is the most imperceptible of the three channels to the human eye, its excess is more forgivable than having too much green or red. Were it not for the spiking gamma response, which could at times turn skin-tones a very unnatural clay look, we would have been far more satisfied. Colours were now surprisingly accurate, however, with the crucial luminance errors all but eradicated and the Bush 32911FHD3D was looking as good as it was going to get. Being as the Bush 32911 is undoubtedly equipped with an IPS panel, we weren’t expecting glorious contrast performance and so it proved. With the intra-frame ANSI checkerboard revealing an average black level of 0.149 cd/m2 and full screen black measuring very similarly, ANSI contrast and On/Off Contrast Ratios laboured around the 725:1 mark, putting it in the mediocre category. That these numbers are a little lower than the very recently reviewed Alba LCD32947HD is a little misleading as we weren’t able to bring the Alba’s peak light output down to the usual 120cd/m2 target, which we did manage with the Bush.

The Bush LCD32911 didn’t fare too badly, at all, in our video processing tests. With some decent scaling and its ability to lock on to the PAL 2:2 film cadence, standard definition presentation is of a very watchable standard, particularly as a screen size of these relatively modest proportions is quite forgiving in any case. Deinterlacing, as per the Alba 32 inch, wasn’t to the same standards of scaling with some jaggies easily discernible in the HQV and Spears and Munsil test discs. Chroma signals aren’t shown to their fullest resolution with some minor subsampling but it was good to see that 1080p24 signals are handled adequately, where the Alba floundered. We were a little surprised at the differences between the two Argos panels but we guess it shows you can’t always judge a book by its cover.

The Bush 32911FHD3D actually makes a very nice little gaming display. With a lag time of under 30milliseconds, it’s up there with the very best we’ve tested in 2012 with our new measuring device and the inclusion of flicker-free 3D gaming which, incidentally doesn’t increase the latency, makes it even more enticing for gaming pursuits.

Once we’d managed to cajole the Bush in to something like a picture meeting the industry standards, it actually looked surprisingly good. The contrast performance isn’t going to blow anyone away but for a brighter-than-ideal room it looks creditable and the matt screen makes a decent job of ameliorating distracting reflections. We’d anticipate quite a high proportion of those purchasing the 32911FHD3D will be either hooking it up to a box with the Scart connection or watching from the in-built tuners so the fact it’s capable of handling standard definition signals so competently should be a real plus with some decent scaling and film cadence detection on-board.

We’re certainly not going to make any claims that the Bush 32911FHD3D is anything above average in picture quality terms – motion resolution isn’t great and shadow detailing is poor, by any standards. Had we been able to correct the greyscale (and particularly gamma) errors, more fully, we would have been likely a fair bit more impressed but the colour performance was remarkably good for a budget TV. To add to the believable colour palette and creditable video processing, the Bush provides generous viewing angles and very good screen uniformity, with just a touch of extra light escaping from the corners encroaching when viewing content with black bars, top and bottom. We have to factor in the price when considering a picture quality verdict and we feel the Bush delivers about all that would be expected from a sub £300 TV with the bonus of 3D on top – more on which below.

The first thing that impressed us about the Bush 32911FHD3D’s 3D offering was the quality of the supplied eyewear – which was plentiful, with 8 sets in the box, each with their own carry-case and cleaning cloth. The lenses were sensibly large and commendably tint free whilst the frame of substantial enough stature to keep out most stray light (and ensuing reflections). Potentially, if 3D was of no interest, users could recoup a decent amount of the £300 ticket price just by selling them on.

3D images were pleasingly bright, without any crosstalk or flicker but whilst not losing obvious detail or resolution when viewed from around 5 feet; a distance we’d suggest as sensible for enjoying 3D on a display of this size. Passive 3D isn’t for anyone and, ideally you would want to watch it on a far larger display but the Bush 32911 offers a remarkably good entry-level 3D experience, with perhaps 3D gaming as the highlight of that.

On paper the Bush 32911 sports the same, 2 x 6w down-firing speakers we heard in the Alba but they were noticeably more capable at both ends. That’s not to say they were anything like great, just that there was, at least, a touch of bass and top-end to the audio imaging.

The Bush LCD32911FHD3D doesn't really cut much of a dash with its hulking chassis fronted by a thick, gloss black bezel but, then again, it's not really offensive and it does show some consideration for those with designer sensibilities with its chrome-effect lip beneath the manufacturer’s logo. The supplied remote control is huge, unwieldy and very prone to showing up finger marks but the inclusion of 8, rather good, sets of 3D eyewear is fair compensation. The menu systems are very easy to navigate and very responsive but we would have liked to have had a little more control over the picture.

The lack of calibration controls meant we weren't able to completely rid the excess of blue energy nor control the gamma response which gave some strange clay-like skintones. Colour reproduction was surprisingly accurate in the Cinema mode, however, and combined with the creditable standard definition processing - which we assume will be key for the majority of owners - meant the Bush 32911 was capable of delivering quite pleasing pictures. Viewing angles were generous, although black levels and dynamic range were less impressive but it's with the excellent 3D performance that the Bush really makes its mark. Gaming was another highlight of the Bush and the relatively low input latency, in either 2D or 3D modes, means it's certainly one to consider for the thumbjockeys out there.
If 3D is of no concern, which we know it isn't for the vast majority of new TV purchasers, then there are certainly better alternatives to the Bush LCD32911FHD3D for around the same price-point. If, however, you're a 3D gamer on a budget, we can think of few better.