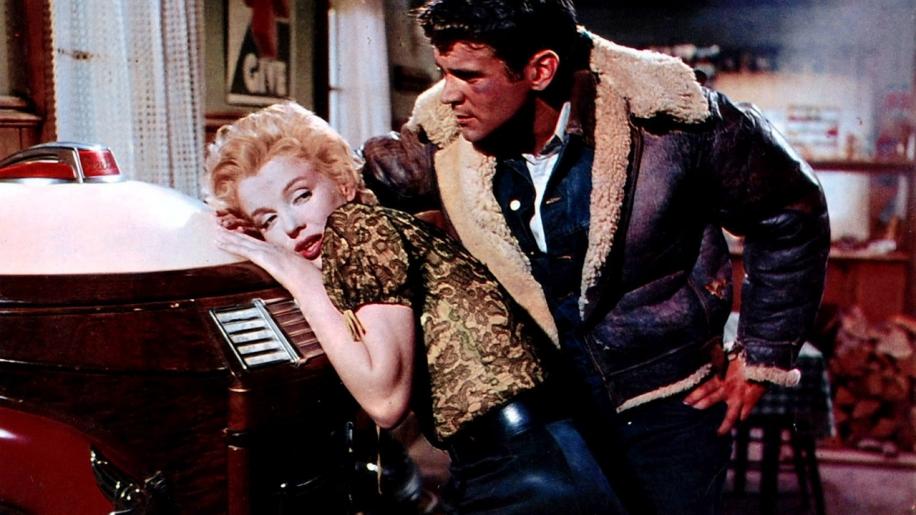 Firstly, I must admit to a cinematic shortfall. These are the first Monroe movies that I have watched. Ever. Just as well, perhaps for an unbiased outlook.

Marylin Monroe (born Norma Jeane Mortenson) is one of the most iconic of all Hollywood actors. Everyone knows who she is, what she did and most importantly what she looked like. Volume 1 includes Gentlemen Prefer Blondes, Niagra, Bus Stop, River of No Return, Don't Bother To Knock, We're Not Married and Love Nest. Unfortunately, I was only provided with Love Nest and We're not Married. This is a shame, as Bus Stop, apparently, contains a serious dramatic role from Monroe. As it stands, though, both movies are actually not bad at all.

We're not Married tells the story of a Justice of the Peace who marries five couples illegally. These people, some of whom would be better off, and some most definitely not, single must come to terms with this revelation. Monroe herself does not have a leading role, in this movie but that doesn't matter. The performances are all pretty good, with some period cynicism thrown in for good measure.

Love Nest is a simpler idea: Jim Scott (William Lundigan) is a soldier who returns to his wife Connie (June Haver) after a long-term offshore assignment. Jim discovers that Connie has bought a whole block of flats and is making ends meat by leasing them. Things begin to look a bit off as Charley Patterson (Frank Fay) moves in with ulterior motives and the apartments begins to fall apart. Again Monroe has a small part in this movie, but does the business very well - if I was to cast someone to make a wife feel insecure and jealous, then Marilyn Monroe would be top of the list.

These movies still work, despite their age. Yes, they all display that overacting throwback to the silent movie era, but the themes running through them are all salient to today's climate. Indeed, Love Nest could easily be analogous to Britain's current housing fiasco.

As for Monroe? Well, the first that springs to mind is she seems to be a bit wooden and, dare I say it, false. She is like a past Victoria Beckham (or should that be the other way round?) - constantly pouting on camera, false grin and all glamour. It is for this reason that I feel that some more dramatic roles could have been provided for review. As it stands, this box set looks to be reasonable value, movie wise, but not just because of Monroe's undeniably powerful onscreen presence.