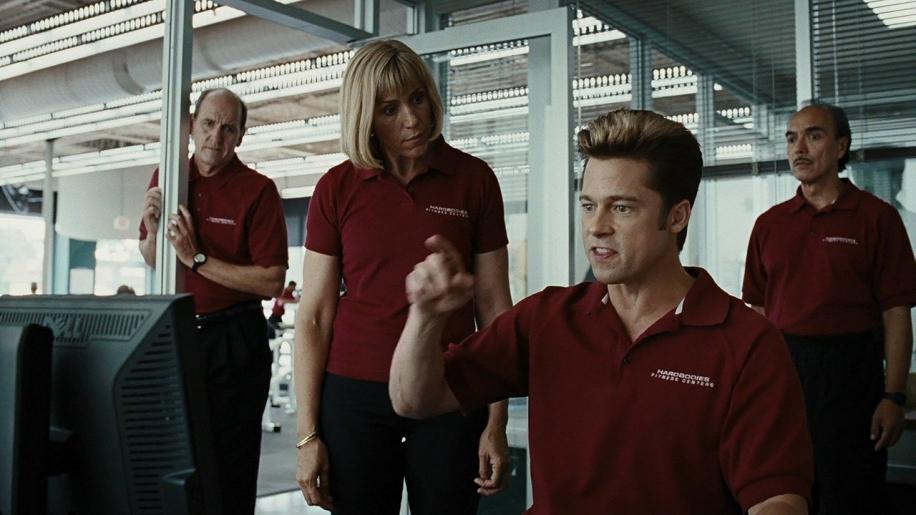 The Coen brothers have, since 1984, both written and directed some of the funniest, darkest films of recent years and are a team for whom actors would drop what they are doing to star in one of their features. Over the years they have been fortunate enough to encourage a wealth of actors to their stable, all of whom always seem to have the best brought out in them, placed in roles you would not initially think would be their own, with Ethan and Joel seemingly enjoy watching their fish perform out of water. It has to be said, though, that of all the actors they have chosen to perform these roles not one has ever let them down, quite the reverse.

They have done this so many times before, George Clooney with Oh Brother, Where Art Thou, William H Macy and Frances McDormand in Fargo, Nicholas Cage in Raising Arizona, Billy Bob Thornton in The Man Who Wasn't There to name just a few. All of these, and more, took known actors and placed them in situations you never really expected them; i.e. into detailed, convoluted storylines which keeps you guessing or enthralled to the very last moment of the very final scenes. They have always been attributed to producing some modern film noir features, ones which have a superbly dark humourous undercurrent and certainly a current that you, perhaps, were not expecting from the first few scenes of the film.

In 2007 their talents were finally acknowledged by the Academy, awarding them Best Director and Best Film for the enthralling No Country for Old Men, another of their intensely dark features, one which again showed their writing and directing talents and one which allowed the actors to expand their own horizons. With Burn After Reading they bring together some of their old favourites, some new people they wanted to work with (notably Brad Pitt and John Malkovich), wrote parts specifically for them and literally let them lose on set to do what the Coen brothers know they are more than capable of doing.

Like all of their other stories this is a simple enough affair, CIA agent Osbourne Cox (John Malkovich) resigns from his position and starts to work on his memoires. Unfortunately though these writings fall not necessarily into the wrong hands but ones which certainly don't know what they are doing and a comedy of errors ensues where the actual storyline takes second place to the characters and their interactions. In the chase to recover his memoires we are introduced to Linda Litzke (Frances McDormand) who loves the relationships she has with her colleagues and her friends but ultimately values her potential cosmetic surgery above all else. Harry Pfarrer (George Clooney) who has a libido so high he trawls the internet dating agencies to cheat not only on his wife but also his mistress. Chad Fieldheimer (Brad Pitt), colleague of Linda who finds the misplaced memoires. He's a fitness freak at the local gym who is a couple of strokes short of a full length and thinks he can blackmail Osbourne for the return of the lost disc. Some of these characters have a slight connection, some do not; by the end though we find out how all of their paths cross, and it is that journey which makes this yet another enjoyable and funny watch from the Coen stable. There are other aspects of the plot I could discuss; the CIA in Langley for instance are hoot themselves and continue the farcical nature of the characters within this film; it's best though that you just watch this for yourself.

It seems in this film that no one is really at ease with either themselves or their current role in life, the only person who this does not adhere to though is Pitt's character who, quite frankly, is just too naive and too short sighted to realise what exactly he is getting himself into. Mirroring real life all of these characters have the weight of their own lives pressing down upon them giving them some level of dimensionality not immediately found in films from other writers and directors, and this for me is one of the defining characteristics of any Coen movie. The fact that these characters then make the stupidest of choices is what differentiates this from the reality we all enjoy. We see these people have their own small battles with dialogue which is subtle yet rip roaringly funny at the same time... Linda's continual frustration at the telephone conversations to an insurance company and thwarted by the system's ineffectual automated responses; Osbourne's frustration at his colleagues and his demotion resulting in his resignation and ultimate spiral into depression ending in him never getting out of his underwear and dressing gown. Harry lacking any self discipline other than that of exercise and a continual need to fulfil his sexual desires. Even the more sundry characters have their own issues to deal with, an ex Greek Orthodox priest now running the gym unable to vocalise his true feelings, Osbourne's wife and Harry's mistress, Katie Cox (Tilda Swindon) seemingly unable to please anyone because of her cold and brutal attitude to those around her. It's fair to say that there are aspects to all of these characters that any of us could either relate to in some way or at least see in some of the people around us.

The Coens again ensure the viewer has reached a certain comfort zone and then smacks them in the face with an off the wall scene or one which will really having you catch your breath because you really never saw it coming. They never allow the user an easy ride through their movies and this, at least for me, is a good thing. Just when you thought it was safe they throw a curve ball, Harry's invention in his basement, Osbourne breaking into his old house, Chad.. well the less said about Chad the better, just watch Pitt's performance because it's just wonderful!

It's probably fair to say that this is not in the same vein as say their earlier works of Fargo, The Big Lebowski, Oh Brother Where Art Thou or No Country For Old Men as it would be almost impossible to continually reach those heights but it is more than fair to say that this is still the Coens at heart with all of the stereotypical manoeuvring that they have become loved for. It never reaches the low point of their career with say The Ladykillers and it probably most resembles their earlier Intolerable Cruelty for its themes, style and general feeling.

The cast, as usual for a Coen feature, had a field day. The Coens have gone back to some of their favourite actors in McDormand and Clooney, both of whom produce the goods once again. Though it is Brad Pitt and John Malkovich to look out for here being newcomers to this style of film making. I've always had some time for pretty boy Brad and whilst some of his film choices are just to get his name in lights and appeal to the general going public he has on occasion shown what he is capable of doing. Look to Snatch, Twelve Monkeys and Interview with a Vampire for some roles you might not immediately associate him with and ones where he has produced a very good performance indeed. Like other actors before him he has now had the opportunity to work with the Coens in a role which is not immediately one which you would have expected him to excel at. The same can be said of John Malkovich. He, like Pitt, has had some notable success and is a wonderful actor who seems to have lost his way somewhat. Here he is given the opportunity at comedy and like Being John Malkovich before this proves his worth and is a joy to watch in this feature.

I felt with Burn After Reading that the Coen brothers wanted to make this film for the sheer hell of it, to see how some of their favourite actors and some actors new to them would react when placed together. At times they play with Hollywood and that in itself is no bad thing indeed; injecting an almost European feel to the whole mix of films which are released from that Golden Coast. Burn After Reading is not their best work but it is still a fantastic watch with great characters, superb interaction and some laugh out loud belly laughs to boot. Definitely another to add to your Coen collection.