Bunny and the Bull Movie Review 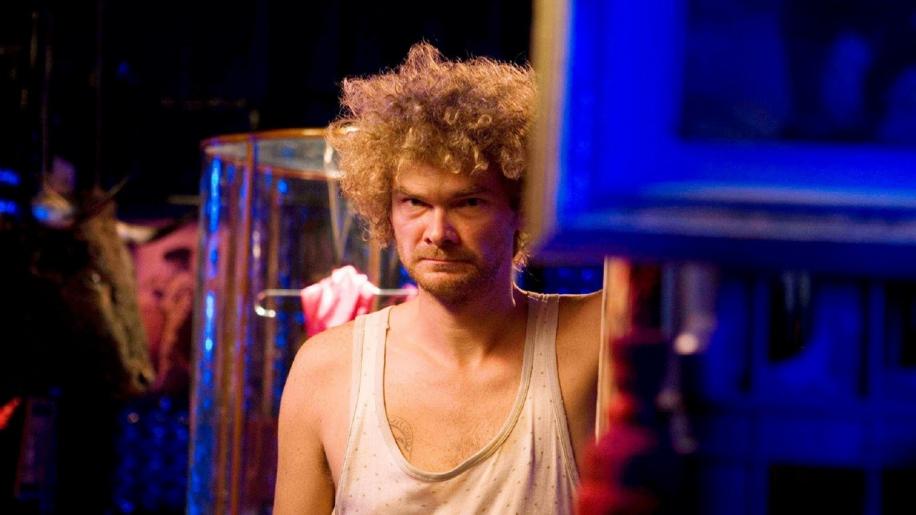 The list of those with experience in television comedy making the leap to the silver screen is long and ever increasing. It also happens to be a path that many falter on, with those working in the British comedy industry being particularly susceptible to the pitfalls that lay ahead. Actors entrenched in characters they've helped create for the old idiot box know this all too well, and for every runaway success like Shaun of the Dead there seems to be an entire host of mistimed limp stabs at hilarity such as Lesbian Vampire Killers or Magicians. The general ethos of gaining lottery funding, putting together a group of highly acclaimed small screen comedy actors and much loved stand up comedians would appear to be a gamble that rarely, if ever, pays off. Simon Pegg and Edgar Wright may have made the vault to another medium seem easy, but a conveyor belt of films lacking the imagination that their projects displayed have found the running infinitely more taxing.

With that, we come to Bunny and the Bull, a film cited as “Withnail and I for the mentally ill” and arriving with a plethora of familiar faces in the supporting cast, the early signs look good. Directed by Paul King, whose track record is distinctly entrenched in British TV comedy, having worked on such hits as The Mighty Boosh and Garth Merenghi's Darkplace along with some instantly forgettable sketch shows in recent years (though that now appears to be an area no one can master in these post Fast Show days), the pedigree of the production is sure to endear it to those who have a taste for the more avante garde flavour of humour. Set entirely in a flat, and using a variety of models and strange cardboard cut outs as backdrops, it is instantly recognisable as being from the same stable as The Mighty Boosh. The fact that it includes Julian Barratt and Noel Fielding in the peripheral cast will likely raise expectations of fans of the show even further. The key question being, will this familiarity in fact prove detrimental to the film's chances of being viewed as an artistic entity in its own right?

The comparisons Bunny and the Bull has drawn to the timeless classic that is Withnail and I is fairly easy to understand, at least on the face of it. Simplistically speaking both are tales of road trips, both have two central male figures looking for an unquantifiable something that is missing from their lives and both use absurd situations to evoke laughs, yet they are still two extremely different beasts. King's story is that of Stephen Turnbull (played by Edward Hogg), a late twenties/early thirties male who is reminiscing about a journey around Europe he and his friend Bunny (Simon Farnaby - another Boosh alumni) took the previous year. It is quickly established that Stephen hasn't left his house for a year, lives his life by a preset of schedules and routines and is, though the subject of mental illness or social dysfunction is never raised, suffering from agoraphobia and obsessive compulsive disorder. He catalogues used dental floss, has boxes marked “drinking straws 1995 - 1996” and hoards to the point whereby his home resembles that of a hoarding hermit. His regimented daily course ensures he eats the same thing every meal time, completes a set amount of crosswords and watches exactly eight episodes of Ray Mears Extreme Survival on videotape. He is, to put it bluntly, a little odd.

Before the air becomes too thick with the whiff of sympathy from the audience though, we are whisked away into the fantastical world of his imagination. The timeline of a classic story of wistful remembrance is followed for the rest of the duration, with past and present tense intermingled, but that is probably the only aspect of this production that could be deemed “by the book”. True to the style of The Mighty Boosh (particularly the second season), there are no natural shots of locations. Scenes from the memory of Stephen are oddities of a strange composition. Backdrops can range from the inventive (such as cardboard cut outs and photos spread over the panorama) to the downright weird (towering milk crates and newspaper bottles). All share the ethos of the aforementioned show in that they should by rights look low budget and at odds with creative atmosphere, yet they are clearly made with great ingenuity and become one of the defining features of the production. It is hard not to be captivated by a bull made of metallic objects or a miniature car driving through a snow globe.

This blurring of the lines between reality and imagination is only the means by which the tale is told though and by no means constitutes a decision to completely rank artistic style above narrative substance. This is at heart a character piece that has been layered in a bedazzling coat of ingenious set designs. As Stephen and Bunny begin their journey, the tension between the pair mounts as they each represent a differing world perspective. Bunny is a perennial thrill seeker, eager to gamble his way through life and have as many foolhardy and hedonistic experiences as possible, while Stephen is a figure crippled by inhibition, self doubt and timidity. It is the classic dichotomy of action versus inaction, with each character representing the opposing way in which to tackle life. It could be argued that for such an inventive production, the central premise is a disappointingly predictable one. It isn't a case of one knowing any better than the other, but the age old tale of perhaps they are both supposed to learn something from the other. Many films have trodden this path and once things take a decidedly twisted turn, thoughts of such dark comedies as The Cable Guy and the like may start to creep into your mind.

The main obstacle to Bunny and the Bull gaining acceptance is not the story's lack of originality, as the absurdist set design and King's orchestration of labyrinthine camera movements throughout the environment of Stephen's flat more than counter balance those deficiencies, instead it is the age old problem of television staples heading to the big screen with a longer running time, that of pacing. In between cameos from Noel fielding, Julian Barratt and Richard Ayoade, there are long periods whereby there is little going on other than creative set design. At times it can almost seem as though the rest of the narrative has been woven around this central push for Willy Wonka style creations. The surrealistic overtones almost threaten to undermine what can be a very touching central story of one man's lack of confidence and inability to grasp the opportunities life throws him. Thankfully, the pivotal performance of Edward Hogg as Turnbull manages to remain a constant throughout, the one thread that doesn't waver from its path. This steadiness at the core of the piece helps avoid the very real possibility of things falling into areas that could be deemed a Mighty Boosh fan's student art project and adds great emotional value to the character interplay. Having less than ten acting credits to his name at the time of production, taking on a relative newcomer could have had dire effects for the only role that stabilises proceedings. Luckily, in between miniscule roles in TV shows such as Doctors, Hogg put in a performance that proved his abilities beyond any doubt, with an impressive turn in the 2009 hillbilly revenge drama White Lightning.Thanks to his skills at depicting restrained emotional turmoil and mental fragility, far from this being a film that may have strayed into the absurdly comic, it moves into the realms of the tangibly real. The small articles from his apartment setting off the sometimes painful memories become barbs in his side and collectively start to slowly erode his grip on his own sanity.

Paul King's approach to direction may still be tethered to the principles of absurdist comedy and sketch shows, but the segmental nature of his previous output only serves to help him put together a convincing portrayal of a fractured mind. Farnaby's turn as Bunny is the core comedic role, but to pitch this as a film intended to gain laughs is underselling it. The cameos help to lift the tension, but the darkly absurd undertones of unrequited feelings, unfulfilled potential and mental frailty make for an ending that is more powerful than the sum of the film's parts may indicate. It is far more than a Mighty Boosh film and if you can hold back your expectations of such an occurrence, the payoff is very rewarding.