A World Without Bayhem 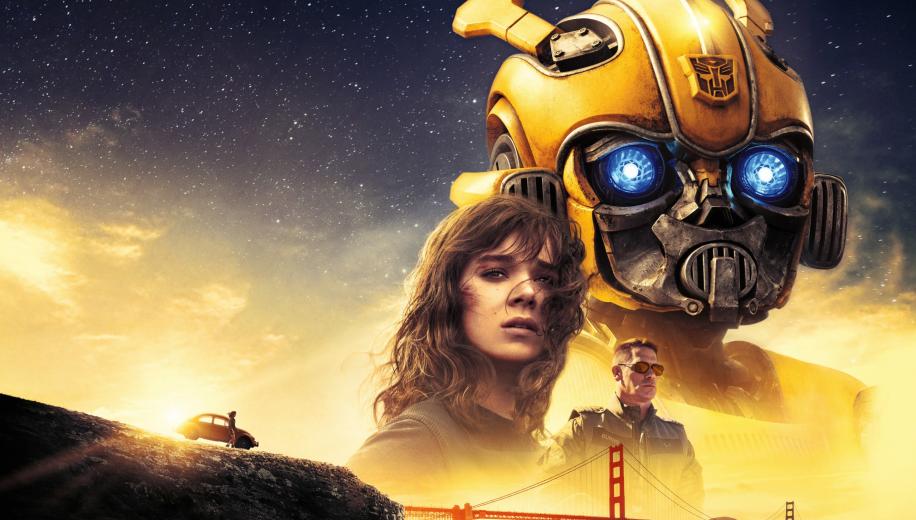 Sparking unexpected life into a bloated and ruined franchise is Bumblebee, the first good Transformers film in years?

After a slew of mind-numbingly excessive, inane, at times incoherent Transformers sequels courtesy of an ego-driven Michael Bay, it is understandable why even diehard fans of the original 80s toy and animated show franchise would be sceptical about a Bumblebee spin-off. However, wrested from Bay's grasp, and put in the hands of Travis Knight - making his live action directorial debut here, having helmed tremendous animated projects like Kubo and the Two Strings before - this single ostensible solo effort (although its subsequent success has prompted talk of further sequels/spin-offs) may have put Transformers back on the map as more than just banal bombast, boasting hitherto unseen character development and subsequent investment, prevailing fun, and well-crafted, tense, and coherent skirmishes between giant transforming robots - pretty much everything any fans of the original series and toys could have ever asked for.

Although completely retconning it would have been nigh-on impossible, at least insofar as there's no official designs on immediately severing all ties with the established franchise as a whole, Knight has done his best to push towards a more classical Generation 1 Transformer depiction - not least in the spectacular Cybertron flashbacks, which are easily the highlight of the action quotient of the film. The transforming is more fluid, and the robots less like nanotech, with the film also benefitting from a stripped-down portrayal of the warring Autobots and Decepticons, allowing the simple 2 vs. 1 format to build out these characters and distinguish them.


Getting the Transformers right after so much time spent getting them wrong must have been a supreme challenge, but the refocus on character and story is key here

The human counterparts are, of course, a real breath of fresh air, with Hailee Steinfeld (who did outstanding voice acting in Spider-Man: Into the Spider-Verse as the loner Spider-Woman) taking the lead portraying an 18 year old teenager in the 80s, going through her own crises even before a massive transforming robot lands in her lap. Steinfeld perfectly inhabits the troubled teen outcast, strong willed but equally put upon by her more popular peers. John Cena is a curious choice for the tough soldier with a grudge against the Autobot intruder, having enjoyed a brief spurt of action fun (12 Rounds was surprisingly competent) before channelling his efforts almost exclusively towards comedy, which has actually proven fairly effective. Here, his comic edge could have easily derailed the movie, but he often proves a much needed witty component with a few real laugh out loud moments ("They literally call themselves Decepticons. That doesn’t set off any red flags?") and a semi-decent, despite being fairly predictable, character arc.

Getting the Transformers right after so much time spent getting them wrong must have been a supreme challenge, but the refocus on character and story is key here. Steinfeld's lead gives this a wonderful heart; her character could have made the central focus in its own movie, which is precisely as it should be - Bumblebee almost incidental to an already strong tale, given his own equally interesting arc which plays out in parallel, with intersections. The return of (physical) form to the Robots in Disguise is welcome too, and, if anything, this gives fans hope for the war on Cybertron that they have always dreamed of. Where do they go from here? An Optimus movie, or a Bumblebee sequel? It probably doesn't matter; if they keep Knight at the helm, or get someone equally inspired, at least fans can relax now knowing the once-ruined franchise is finally in safe hands. Bumblebee comes to UK Ultra HD Blu-ray courtesy of Paramount, marrying up to their likely identical earlier US release, and utterly stunning in spite of being ostensibly just an upscale, a notion which has proved largely irrelevant in the wake of countless staggeringly reference upscales (not least, just in the last few weeks, Spider-Man: Into the Spider-Verse and Aquaman).

The Bay Transformers films were all very glossy, highly saturated, running blisteringly hot throughout, but this is a very different beast, affording stunning setpieces (not least on Cybertron) but also revelling in a pleasantly sun-glazed 80s period California. Detail on facial close-ups is frequently very nice indeed, lapping up skin textures and fine strands of hair, whilst background flourishes are richly brought to life, whether in the various locales or on Bee himself, whose body is both intricate and worn, and looks wonderfully real.

The style manages to promote modern demo image quality whilst still revelling in its 80s trappings, and this passes through to the HDR and WCG usage, as well as Dolby Vision, all of which are sublimely implemented. The yellow of Bumblebee is richer and deeper, but - in staying true to the style - never pops, whilst everything on Cybertron does, with a slew of intoxicatingly vibrant tones and impenetrable blacks as a backdrop. Outstanding. The accompanying 3D High Definition immersive audio track comes in the Dolby Atmos format and is also, unsurprisingly, spectacular. Even though the film is hardly non-stop bombast, it boasts a slew of thundering action sequences, not least the opening salvo, but also a number of exciting setpieces with some serious impact, courtesy of a fair amount of welcome LFE input.

The signature theme thrums in the background, giving it flavour, and whilst dialogue remains well-prioritised across the front and centre channels, it still all really comes down to the effects, and thankfully, even when it's not booming with bombastic confrontations between Bumblebee and his enemies, all the smaller nuances are picked up upon - the scene where Bumblebee clatters around the house is rich with detail, and the transforming noises are nigh-on perfect. When it all kicks off, energy beams blast across the array, crunching metal signals serious damage, gunfire ignites the stage and missiles boom underfoot, and the surrounds simply come to life - it's thunderously immersive. Hardly packed with extras, the Bumblebee 4K Blu-ray release delivers a number of decent features, albeit relegated to the accompanying Blu-ray disc.


A number of decent features

A 5-part Making of Featurette focusses on Bringing Bumblebee to the Big Screen, whilst a slew of Deleted and Extended Scenes, and Outtakes, comprise the remainder of the extras, with a great little mini-feature allowing you a look back at the Cybertron scene and to pause your way through whilst identifying each of the Transformer characters. Released at the same time as Aquaman was surprising post-Justice League audiences with what a fun audio-visual experience the DC world could actually be, Bumblebee reminded audiences that - despite Bay's attempts to prove otherwise - Transformers could still be fun, have a story, real characters and coherent action which was still spectacular.


Those who feel like they have been beaten over the head by Bayhem should know that this is nothing like the former movies, and everything fans ever wanted, or at least much closer to it

Paramount's UK 4K Blu-ray release of Bumblebee provides reference Dolby Vision-enhanced video and Dolby Atmos-enhanced audio, with a few nice extras on the accompanying Blu-ray, and making for a must-have purchase for fans. And those who feel like they have been beaten over the head by Bayhem - and are thus put off by anything remotely Transformers-related - should know that this nothing like the former movies, and everything fans ever wanted, or at least much closer to it.