FPS veterans put a twist on a tired genre 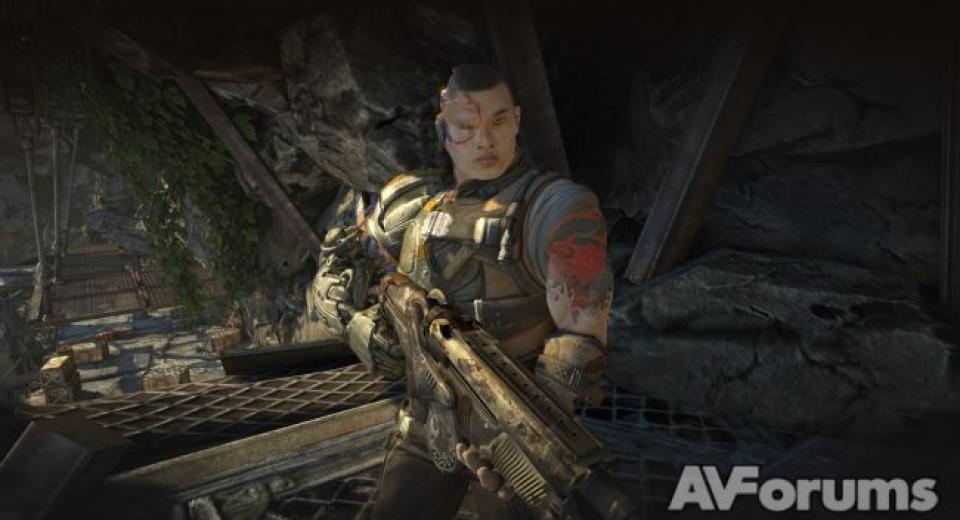 Among some of the biggest games in the industry are today's first person shooters, combining numerous resources and thousands of man hours, the new shooter IP has a high bar to reach to even come close to making its mark on the genre. Polish based developers People Can Fly (PCF) made their mark in 2004 with Painkiller, heralding a triumphant farewell to the dominance of brash Quake and Unreal style fragging as gritty modern shooters tightened their grip. For a small studio today's market is a daunting proposition. Deviating from the accepted tropes of the genre is deemed too risky for most developers without very deep pockets. After porting the original Gears of War to the PC, PCF were purchased by Epic Games. An excellent match with Epic being the creator of the Unreal engine and Painkiller's success leading to it being chosen over Epic's own Unreal Tournament 2004 to become the Cyberathlete Professional League’s official world tour game of 2005. This would seem to be a perfect union of a small studio who has proven ability to create classic FPS gameplay and a legendary studio whose engine has powered many of this generation's titles including the fan favourite Gears of War. Bulletstorm follows Grayson Hunt after an attempt to take revenge on a maniacal Commander leaves him and his partner Ishi Sato stranded on a hostile planet known as Stygia.
As popular as the Unreal engine has become, over exposure means its signature noticeably permeates Bulletstorm both for better and for worse. It has that distinctive Unreal engine look with its meaty characters and industrial weapons set against an all too familiar “destroyed beauty” backdrop; but in a theme which runs throughout the experience Bulletstorm is pretty self aware and makes a concerted effort to break any misgivings you might have.  The first of these that it attacks is the colour palette; Stgyia is brimming with colour at every turn, greys and browns are replaced by bright reds and glowing oranges which help to reinforce the over-the-top fun of the overall experience. It also transforms Stygia from just another futuristic city into a bright playground. The environment has its share of everyday interiors and corridors but the gameplay lends itself to a more open arena play style which allows them to display some impressive backdrops. Putting aside the dialogue for a moment, the audio presentation is much more mundane. The musical score is largely non-existent apart from when it leans on some of the the most clichéd backing tracks around, action has the metal riffs underneath and dramatic moments use the standard high flying orchestra pieces. Considering the lengths they took to make most aspects stand apart from the crowd it's a shame the score wasn't given the same attention. Thankfully weapon sounds have been created with care and pleasingly represent their actions, feeding back every bone crunching kill nicely.
A slow opening drip-feeds you the mechanics you'll be using throughout the campaign, after a brief spell of vanilla combat they will eventually hand you access to tools that give Bulletstorm a much more unique flavour. The leash; it allows you to manipulate enemies from afar, dragging them towards you in slow motion or suspending them in the air for some easy shots; coupled with both the melee kick and slide which send bodies away from you in yet more bullet-time and you have a lot of options at your disposal If you have played Painkiller or any other Unreal/Quake derivatives you'll know these games live and die by the weapons. Bulletstorm is no exception, it starts out with some standard hardware in the form of a pistol and rifle, but once you encounter the 4 barrel shotgun each addition gets more ridiculous than the last. The weapons are locked behind your progress in the campaign which gives you a good reason to press forward to see what crazy instrument of destruction you will pick up next. Also unlocked in stages are the charge (alt fire) modes for each weapon; making them even more deadly, for example when charged the basic assault rifle sends out a shotgun-like blast of slugs which reduces enemies to a pile of glowing skeletons. All of these options are there to feed into the overarching skill shot system which scores you for every kill you make, there are 135 skill shots in total covering different combinations of environmental, weapon and leash kills. The points you earn are the currency used to purchase ammo and unlocks, which in turn unlock more skill shots to experiment with. The cooler you make your kills the quicker it will be to get new items which let you pull off even cooler skill shots. It all combines to create an ecosystem of mechanics for you to play with at every encounter. You manage your access to this system via the drop boxes you will encounter throughout the world, here you can unlock weapons and upgrade their charges and capacity when they become available, replenish your ammo and gain access to the skill shot database which tracks which types of kills you have attained and which ones to aim for. They were striving to to create a new type of gameplay here and mostly it works well, the skill shot system is addictive and will have you checking the database and trying to complete some of the more challenging ones. It keeps you on your toes with different enemy types that are immune to various types of attack, the obligatory turret sequence and even a remote controlled Godzilla. If that sounds ridiculous it's because it is, Bulletstorm has an attitude which won't be to everyone's tastes, the dialogue is laced with some pretty ridiculous profanity and it brings back the crazy screen-filling bosses of old, strangely at the same time they attempt to create a story and characters which aren't just an excuse to load the next scenario. It's hit-and-miss as the tongue-in-cheek humour devalues most of the gravitas they are trying to create but if you appreciate the dialogue then by the end you may have developed an affinity for the characters and you will enjoy seeing the conclusion, if not then at least you're likely to have enjoyed the ride.
On the normal difficulty the campaign is, even by today's standards, quite short. I managed to slide my way through in just over 6 hours, unsurprising since they have spent so much time making it an experience to experiment and play with at your leisure and a high difficulty would have prevented this. It just means anyone who is handy with their shooters should definitely start this up on a higher difficulty level to get some more mileage. Those who downloaded the demo will have tasted Echoes mode which takes pieces of the campaign and breaks it up into small encounters challenging you to get as many points as possible. There is a heavy emphasis on leader boards and competition encouraging those late night “just one more go” sessions. The only form of true multi-player in the package comes in the shape of another wave based coop mode which you can play with up-to 3 friends. Still not content with the status quo there are some changes to the usual formula, instead of just clearing out all the enemies there will be certain team-based objectives that can be completed for point bonuses, helping you get to the points total needed to progress to the next round. It requires the participation of multiple team members making Anarchy more reliant on coop play, it also forces you to take the skill shot system that extra step further and work together to create some truly impressive kills. The partnership of Epic and People Can Fly has been largely successful, the mechanics of Bulletstorm are well thought out and it plays unlike most shooters you may have experienced. It still leans on more shooter conventions that it would care to admit but for the most part it's an enjoyable new entry into the genre.Bulletstorm's arrival is well timed, as we approach the summer lull and “Modern Combat” shooters reach their saturation point it offers a welcome distraction to cleanse your palette with before you throw another 100 hours into your preferred competitive FPS.