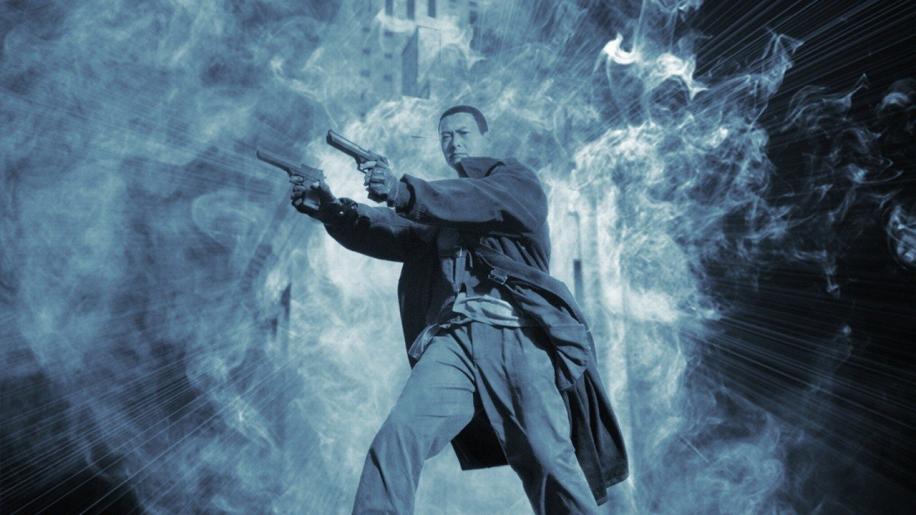 Bulletproof Monk opens in Tibet 1943, where we are introduced to two Monks fighting on a rope bridge, they are master and apprentice. It transpires that the master is protecting an almighty Scroll which if read out aloud gives untold power to the person holding it. The monks have protected this scroll for centuries and a new guardian must be found every sixty years to be the new protector, fulfilling three prophesies before being chosen. Just as this hand over ritual is taking place between the master and apprentice, a band of Nazi soldiers storm the monastery in search of the scroll. All are killed apart from the apprentice Monk (Chow Yan-Fat) who manages to escape. Fast forward 60 years to New York City and we are introduced to a street wise pick pocket called Kar ( Seann William Scott) who just happens to bump into our Monk with no name who is still being chased by the Nazi's for the scroll. What follows are various set pieces as we learn that Kar will be the next protector of the scroll, or will he?

Bulletproof Monk tries hard to please, yet does not seem to know what it wants to be. The film had the potential to be a great action comedy with the casting of Seann William Scott and Chow Yan-Fat, who to be fair have a good on screen chemistry together. It had the opportunity to be witty, funny and stylish, especially with today's computer technology and special effects. It could have been all these things, but instead it is a miss-mash of Good and Bad points, which when added together are disappointing. The movie is not as funny as it thinks it is, and the fight sequences are poorly choreographed and use the worst CGI effects I have seen in a long time.

I really wanted to like this movie, I was in the mood when I sat down to watch it, to have a good laugh and watch some good fight sequences. Ultimately I found myself disappointed with the end result. Seann William Scott could have been far funnier than he is in this picture, he plays the same Steve Stiffler type character but this time a little to laid back, which spoils his ability to be funny. And I consider it a crime that Chow Yan-Fat still has yet to find the ideal Hollywood movie for his immense talent, he should be working with the best and certainly not first time directors who used to make music videos. The entire production appears lazy and tired, the script also appears half finished and some of the lines Chow Yan-Fat has to come out with are cringe worthy.

The movie is definitely a Saturday night rental and a no brain action movie, but just don't expect anything good and you might be pleasantly surprised, but I doubt it.