"I tried to make you quit But you just wouldn't die, would you?" 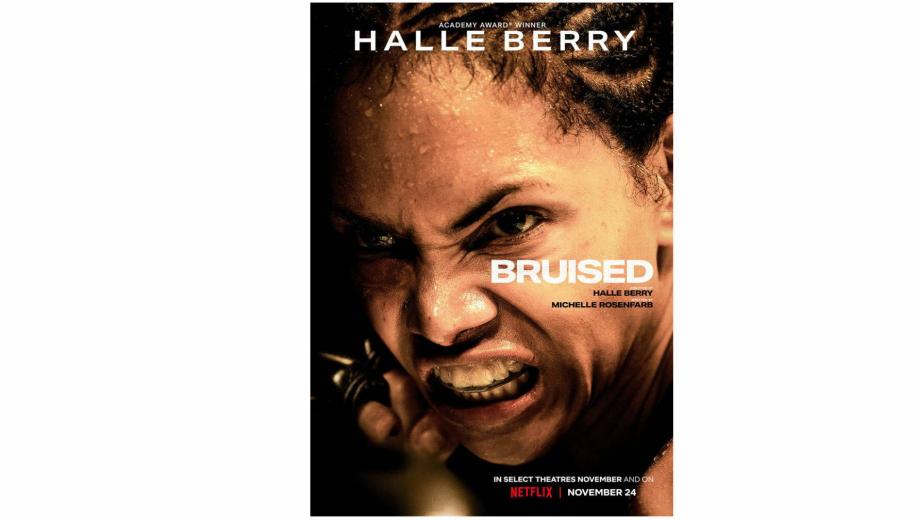 Getting raw and digging deep for her directorial debut, Halle Berry reshapes herself for a punishing bout of Rocky/Warrior-channelling MMA torture with character pleasantly kept at the forefront.

After Raging Bull and all the Rocky films (and Rocky v Drago remixed just this year), and dozens of subsequent efforts - some, like Warrior or The Wrestler, standing out from the rest - sports dramas centred around the ring can only go so far to do something different. But a 55 year old Halle Berry - perhaps getting a taste of ground fighting and one-on-one combat whilst training for John Wick: Parabellum - clearly still has something to say, electing an interesting vehicle with which to make her directorial debut, and turning in an epic look at a torturous comeback, rough around the edges but suitably gritty nonetheless and with Berry on fabulous form.

... an epic look at a torturous comeback

Years after running from a fight, otherwise undefeated UFC champion Jackie "Pretty Bull" Justice is a washed-out drunk, cleaning bathrooms for a living. But one day she's confronted with her own son, left on her doorstep - Jackie having abandoned him almost four years before. He's mute from having seen his father die, and all Jackie wants to do is run away again, but when she's offered the chance to do an impossible fight that might get her back into the UFC, she finds herself with little choice but to leave behind the ruins of her life and make a change.

Bruised comes to Netflix in 4K Ultra HD with Dolby Atmos and Dolby Vision but despite all of the bells and whistles, it is an inherently gritty piece, looking all the better for the 4K + trimmings but hardly the right material for some kind of demo watch. Nonetheless, the ringside sequences are standout, and the close-ups impressively unfettered, whilst the Atmos track offers confident accompaniment to the punishing proceedings.

Berry has hardly been out of the game - unlike her character - for the past few years, but she perhaps hasn't been at the top for a while either, enjoying a surprisingly short-lived peak in the early 2000s, where her trifecta of X-Men, Swordfish and Monster's Ball earned her significant commercial and critical success, and landed her the (now, with hindsight, inauspicious) opportunity to play a lead Bond girl. These days it may have worked, but unfortunately it was the wrong film, a decade too early, with Berry more annoying than inspiring in the part, and she would ill-advisedly double-down on her misfortune with a decade-too-early Catwoman portrayal that - just four years after her peak - was arguably the nadir of her career.

Since then, whilst she's still kept her toes in blockbusters courtesy largely with her signature role as Storm in the X-Men, her focus has been on generally smaller, more intimate fare, occasionally dialling up a Netflix-style thriller in the form of The Call or Kidnap, but only really turning heads when she appeared in John Wick 3: Parabellum, kicking ass like never before. Perhaps with all that in mind, not wholly unlike Mickey Rourke in The Wrestler, embarking on a soul-searching and gritty, raw project about a washed-out, ageing, fighter returning to the ring is just what the doctor ordered - and just what her career needed - and Berry certainly brings her A-game to the material, echoing the intimacy of her Monster's Ball performance coupled with the brutality of what she offered to John Wick, and then some.

It's not perfect, but as a directorial debut and lead vehicle for an ostensibly past-her-prime star actress, it is impressive and certainly proves that Berry is far from out of the game

Running a seemingly punishing 138 minutes in length, Bruised is perhaps one of those relatively rare Netflix projects that actually isn't in desperate need of a competent editor, succeeding in its epic, and fully-rounded portrait of a life circling the gutter, and a fleeting glimpse of light at the end of the tunnel, but seemingly no feasible way of reaching it. The core of decades-old abuse - both in the past and present - is admirably convincing, with the more traditional comeback journey almost sidelined to leave the focus on how precisely Berry's Justice is going to piece her shattered life back together, her shellshocked young son privy to every dark corner of her psyche, and witness to the brutality of her existence. It's not perfect, but as a directorial debut and lead vehicle for an ostensibly past-her-prime star actress, it is impressive and certainly proves that Berry is far from out of the game.

Bruised is in theatres and on Netflix from 24th November in 4K Dolby Vision with Dolby Atmos.