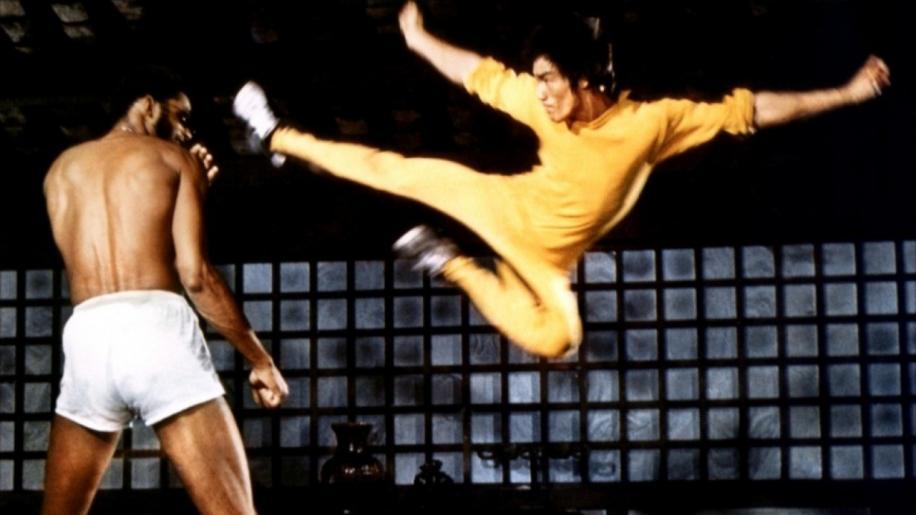 In all honesty, Enter the Dragon is probably the weakest of Bruce Lee's completed films. Featuring a lacklustre script, in terms of story it certainly doesn't hold up particularly well. However, as with so many of these films, what makes Enter the Dragon so enjoyable are the set-pieces and Lee's on-screen charisma. The fights are what matters, and boy do they ever deliver. Lee is simply electrifying, showing just how good he could be in some of the most breathtaking, amazingly choreographed fight scenes you'll ever see. Now thanks to a more lenient BBFC you can enjoy the film with th e famous nunchaku sequence intact. Great, brainless martial arts fun. Scores 8.
Bruce Lee: A Warrior's Journey which is bundled with Enter the Dragon in this twin pack actually proves a worthy companion to the DVD release of Game of Death. Written, directed and produced by filmmaker John Little, the documentary focuses on the reconstruction of Lee's existing Game of Death footage into its original structure. The good news for Lee fans is that while this means that there is a lot of crossover with the Hong Kong legends title, Little's documentary is also packed with rare home movie and interview footage. So it's guaranteed that there will be something new here for even the most committed fan. Scores 8.