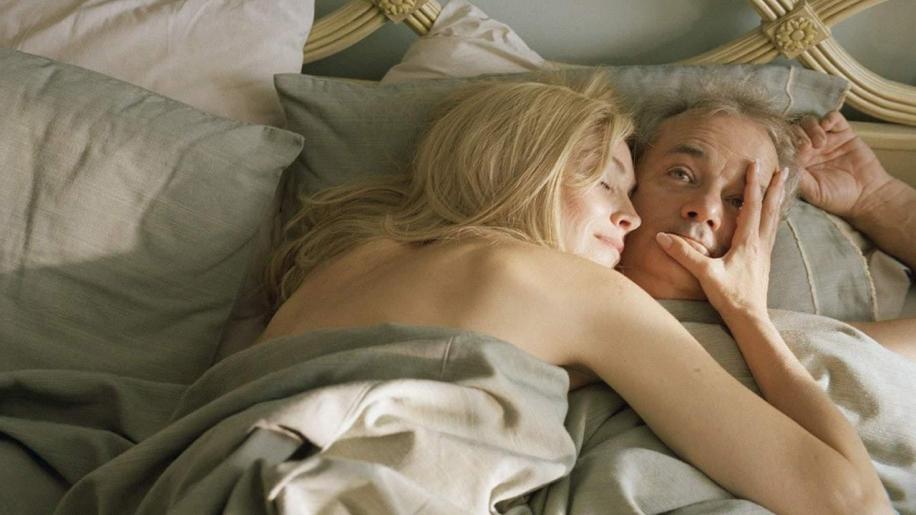 Bill Murray is one of those actors who seems best left to do his own thing - you can imagine his witty deadpan improvisations being much funnier than anything anybody could plan or write for him. Back in the Eighties, he made several successful comedy hits, but we lost him from our screens for what seemed like an eternity until Lost in Translation was released. Back at his best, it was great to see Murray return and many have been extremely keen on seeing where he went from there. The Life Aquatic was an unusual turn to take and now we get his first collaboration with the offbeat Jim Jarmusch, a director clearly capable of creating movies that are compelling and truly wonderful visions, like Ghost Dog: Way of the Samurai and Dead Man.

Don Johnston is having a mid-life crisis (although he looks like he's at the end of his mid-life). He is rich but his life feels meaningless and directionless. His younger girlfriend has just gone - for good - and he is left with an ambiguous, unsigned letter from an anonymous woman who says that Don was, twenty years previously, the father of her child. She also writes that said son was trying to find Don. Unsure as to what to do with this unexpected news, he confides in Winston, his neighbour and the closest thing he has to a friend. Winston takes charge and, with the kind of gusto you would expect from Sherlock Holmes himself, provides Don with everything he needs to find the writer of the letter.

Making the list of all the possible candidates from that period in his life (it is no coincidence that they nickname him Don Juan), he sets about tracking down the four women who are still alive, taking planes and rental cars to the locations to discover the truth. What he finds, however, is a mixed bag of unfinished business, repressed feelings and unforgettable emotions and, whilst he manages to - for the most part - skirt around these confrontations with minimal damage to himself, the fractures he leaves in his wake are irreparable.

Broken Flowers is typical Jim Jarmusch, telling a story which seems to be going in one direction for a long time but actually ends up nowhere particular at all, only this time the end of the movie leaves you wondering about whether there was even a point to it all. Using a style which could only be described as repetitive and tedious (although I'm sure critics would argue that it is 'artistic'), he pads out the movie with ridiculously stagnant shots of the back of Murray's head whilst he is sitting on his sofa, motionless. This technique easily extends the movie by an unnecessary half hour and makes the climax even more unsatisfactory.

It would have been okay if they had let Murray out of his box, unleashed his casual, improvisational wit upon the lacklustre script and given him more than just two (yes, I only counted two) moments of true spark. Murray is highly watchable, even when he is stone-cold dead-panning his way, emotionlessly, through a movie, but here he is all-but in a coma and he is just too dead to be entertaining. It is such a showcase of wasted talent and I hope that, following this sleep-walking enterprise he picks up a script that gives him some room to be his best.

Luckily (although it probably does not save the movie) he is quite ably backed-up by an abundance of familiar faces in sequential cameo roles. Jeffrey Wright is on superb form as Don's best buddy, Winston, Julie Delpy gets barely two lines as Don's young ex-girlfriend and Chloe Sevigny pops up to show off her legs and then we have the myriad women that he goes to visit - Sharon Stone's single mother (with a ludicrously hot daughter - Alexis Dzenia - who is fond of prancing around naked in front of strangers), Frances Conroy's 'happily married' housewife who is anything but, Jessica Lange's animal translator and an almost unrecognisable Tilda Swinton.

Despite their best efforts, the stellar cast and the normally reliable Bill Murray still cannot really save this slow, meandering, pointless movie. Completely lacking in story arcs, character development or significance in any conceivable way, it has very little in it of interest and I cannot really even advocate its merits for a Bill Murray fan. It is not exactly unwatchable, it just does not really leave you feeling very sated by the end of it all.