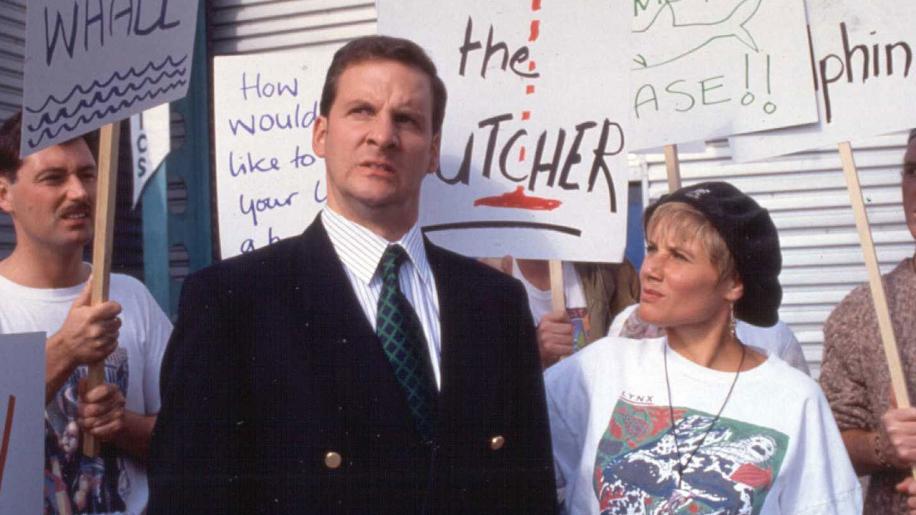 It's a clear picture with little evidence of compression artefacts probably due to the series wisely being spread over two discs rather than squashed onto one. It has been transferred well, with a clean picture that has good definition. The skin tones are natural and colours are bright. Perhaps a little too bright, as the overhead lighting is quite harsh (as is common with most TV studio productions). Swimming pools and leisure centres are often lit with that type of white fluorescent lighting so it's all quite realistic in that sense. It's a standard sitcom audio presentation from this era having just a mono track. No frills, but the dialogue is clear and never drowned out by the audience's laughter, so it's fair to say it does the job well.

A short outtakes reel which is reasonably amusing, and a feeble gallery of photos make up the extras. Curiously, the outtakes are from the fourth series, not this one, so they have no context unless you are a long term fan. Still, better late than never I suppose.This being the sixth series released on DVD, with the seventh on its way, The Brittas Empire obviously sells well and continues to have a lot of fans. They won't be disappointed with this release either. It's the usual Brittas shennigans, easy to watch, and for newcomers easy to get into. No long running convoluted plots here. For the collectors, it comes in a aesthetically pleasing Digipack which will look good on the shelf along with the rest.