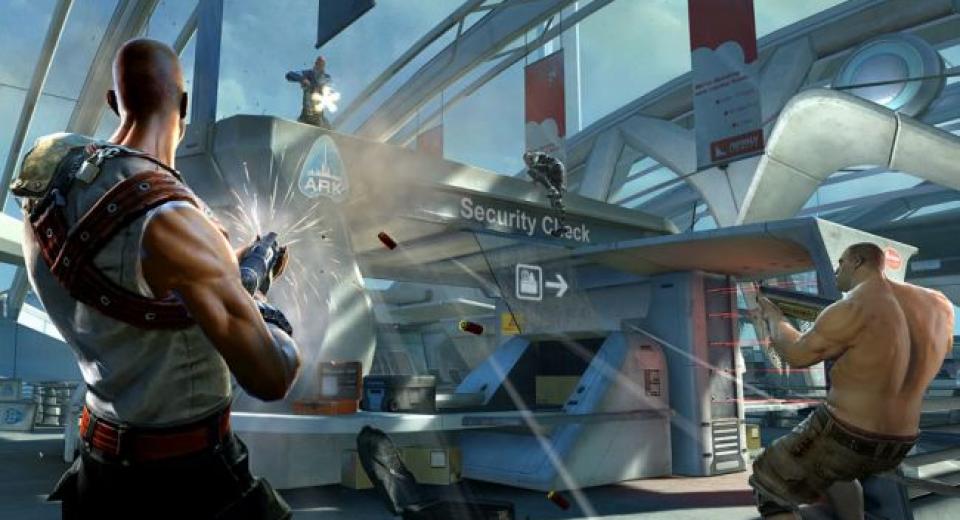 The First Person Shooter (FPS) genre just refuses to die down for even a little while doesn’t it? We’re treated to endless quantities of titles that promise to differ from others that have been released over the years, and more often than not they prove to be nothing more than run-of-the-mill shooters. It’s a sink or swim affair when it comes to this genre as titles have to pull something out of the bag in order to stand out and shine amongst the crowd.

Splash Damage studios are in charge of producing Brink, a game that promises to change the way in which we play shooters and how games allow multiple ways of playing seamlessly into one experience. Splash Damage studios have only had one previous outing on current generation consoles, and that was with Enemy Territory: Quake Wars. To say the least, the game was rather understated and didn’t inspire the majority of gamers to play it for any length of time.

Publishing the title is Bethesda Software, a publisher which is held in high regard in the gaming world as they have provided gamers with many quality series’ such as Fallout and Oblivion. A certain amount of trust has been given out by Bethesda to SD as they will not want them to sully their name by producing a title which, like happened before, failed to inspire gamers’ interests. Over the course of the two years since it was announced, Brink’s team have teased the gaming world with promotional releases which have stirred more and more interest in this new franchise. With this in mind, it would be fair to say that Brink will have to deliver on the promises that have been made for it to stand any chance of selling well and surviving in the charts.

To say that the backstory for Brink is scarce would be an understatement. All you need to know, and are told for that matter, is that a once safe place to live high above the clouds known as ‘The Ark’ has now fallen into disarray. Two factions now fight for dominance over The Ark and both have differing views on what should be done with it. The resistance, a group of insurgents using what resources they can find, wish for The Ark to be destroyed whilst the Police wish for it to be saved and for peace to be restored. This shaky backstory is reinforced with characters that are not made to stand out or make you familiarise with them at all throughout the game. So don’t expect reeling dialogue from stand-out characters, the most you will get are random ‘hard man’ battle phrases during each mission.

From the outset, it’s clear that Splash Damage have pushed a cartoon-style presentation for its characters and environments. Although the overall graphical level of the game is clearly up to current generation standards, you would expect a bit more in terms of quality when compared to other shooters out there. That’s not to say that the cartoon effect isn’t good, and it isn’t hard to see where inspiration for much of the game has come from; Team Fortress. Over the top effects are used which further give the game a more relaxed feel to it and makes it seem less hard-core and more accessible to those who casually play FPS titles. In terms of the ‘seamless gaming experience’ that was promised in the PR campaign, Brink tries to keep the game flowing by reducing your contact with the menu system as much as possible. Although you cannot avoid this when you wish to customise your characters and weapons, Brink makes sure that most if not all menus are interactive with the item/s in question.

The single player aspect of the game follows a similar structure to that of earlier titles such as Unreal Tournament, whereby the campaign is played with AI teams to complete objectives. For some, this is a breath of fresh air to the genre as it reduces the chances of a half-baked story being implemented, whilst others may see it as a cop out and the developer isn’t giving the player a full package. This style of single player feels somewhat underwhelming as you’d expect it to be implemented for beginners to ease into the online world, after completing an enthralling single player campaign first.

Brink isn’t a chore or difficult to play through, it all feels solid and easy to master all the controls whilst charging around random locations on The Ark. There are no complex button combinations to complete or stinted movements, in this case it makes Brink a joy to play. Splash Damage have been keen to show off their new technology, the SMART (Smooth Movement Across Random Terrain) system which tries to predict the player’s movement and plan ahead for scaling obstacles. For the majority of the time this works well and allows you to run across uneven environments without the stop-start motions that usually occur when scaling walls in other titles.

The objective based play follows a similar structure across all missions throughout both the police campaign and the Resistance campaign, whereby key locations must be captured and maintained. Although becoming repetitive towards the end of the short and sweet campaign, this does accustom you to the style of play that you will encounter whilst you’re playing online. One thing is for certain though, and that is the fact that the AI has no semblance of the level of intelligence that a human player does. On occasions the AI can overwhelm the opponents and hold down an area quite effectively, but most of the time they either stand around taking numerous hits or take an age to get to a given objective. Sadly, reflective of the game throughout, each enemy takes too many bullets to be killed or downed, this is worsened too when you consider that players’ health can be boosted via special abilities. There is one main downfall with a game like Brink, and that is that all its cards are laid down more or less from the outset; once you have seen it, you’ve seen it all. For many, once the lacklustre campaign is over then they won’t touch the competitive side of the game as they have already exhausted it alone. It won’t take them long to finish the single player aspect of the game as there are only around six missions for each faction, then a couple of challenges which unlock new outfit items and weapon attachments

The online modes merely reflect what you have experienced within the solo campaign, that is if you can actually manage to compete in a game that is not blighted by ‘lag’ making it unplayable. If you stick with Brink though, and unlock everything there is to own and compete as both sides until completion, then you could be playing Brink for some time.

Beneath the façade of the single player mode, there could be an amazing game here that would have been more enjoyable had there been a single player campaign in place that followed suit as to what is expected. But given that everything is on offer from the off, if players take a distaste to Brink immediately then it is highly unlikely that there will be anything to persuade them to keep coming back for more.

Blink and you'll miss it

Gamers want the most out of their purchases these days and Brink will undoubtedly leave a sour taste in many of their mouths given how short and basic it can be at times. With a single player mode that is nothing more than a disguised multiplayer, you cant help but feel that someone made a very lazy decision when it came to producing this title. Even the hardiest of shooter fans will find it hard to get on with this title.