Bringing Down The House DVD Review 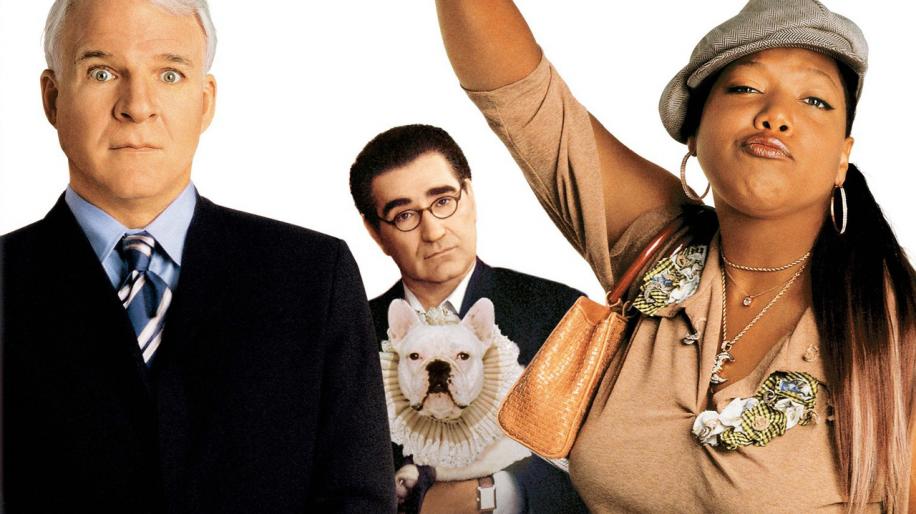 Presented in 2.35:1 anamorphic widescreen this is a nice middle of the road modern print. Outdoor brightly lit scenes fair particularly well, with vivid, saturated colours, for example the golf course and garden scenes. The warm tones in the law offices are rich, and the dark disco scenes remain clean and well defined. Skin tones on both the pallid Martin and the “Coco Goddess” Latifah are well represented. Is their edge enhancement? Yes. Is it intrusive? Not at normal viewing distances, but sit close to the screen and halos start to attract the eye, as does a modest amount of grain in the indoor night-time scenes.

Dolby digital 5.1 at 448kps, the sound is fair. As a comedy good dialogue mix from the centre channel is vital and this mix certainly has that. It also has surprisingly good front soundstage steering. The scenes when Martin is flitting around the house preparing for his first date with Latifah demonstrate this well. It lacks much energy in the surround and bass channels, and during the nightclub scene this certainly feels like an opportunity missed. The chance to throw in some wicked bass and hip-hop and surround the viewer with the nightclub atmosphere has been neglected. The only real brief workout your whole system gets is when a stage band plays in the restaurant where Martin and Latifah dance. Here the soundstage does momentarily open up, to give you a taste of what you've been missing.

Good solid middle of the road extras are supplied on this release. A modestly amusing gag reel cut to music is present, along with seven deleted scenes which reveal that Charlene was interested in clothes design, and at the end sets up her own clothes store with a loan from Joan Plowright's heiress. These scenes were wisely cut as the heiress spends most of the movie being derogatory to Charlene and it would have extended the boundaries of credibility if this were dismissed so trivially. A short 8-minute featurette called ”The Godfather of Hop” presents Eugene Levy as the Canadian hop-meister and is diverting for it's short run time. The 20-minute behind the scenes featurette? Well I know I am beginning to sound like a parrot but these are all starting to sound the same. I love, you love, me love. Someone should write a song!

The most interesting extra is the feature commentary “Da' Commentary”, presented by Shenkman and Filardi, director and writer respectively. This is mainly anecdotal, but does contain some technical details, and most interestingly the “dilemma” they both had in deciding which material was too offensive for an audience. Including revelations that some cast members refused to say certain lines, and poor Betty White feeling the need to apologise for the behaviour of her bigoted character.

One or two flashes of the Steve Martin of old, and the confirmation that Eugene Levy could read the phone book and make it funny do not provide enough reason to own this DVD. Although a solid release with good though not outstanding presentation, this movie had me reaching for my copy of Planes, Trains, and Automobiles to remind myself how good Martin can be.