What if Superman chose a different path when he was a child? 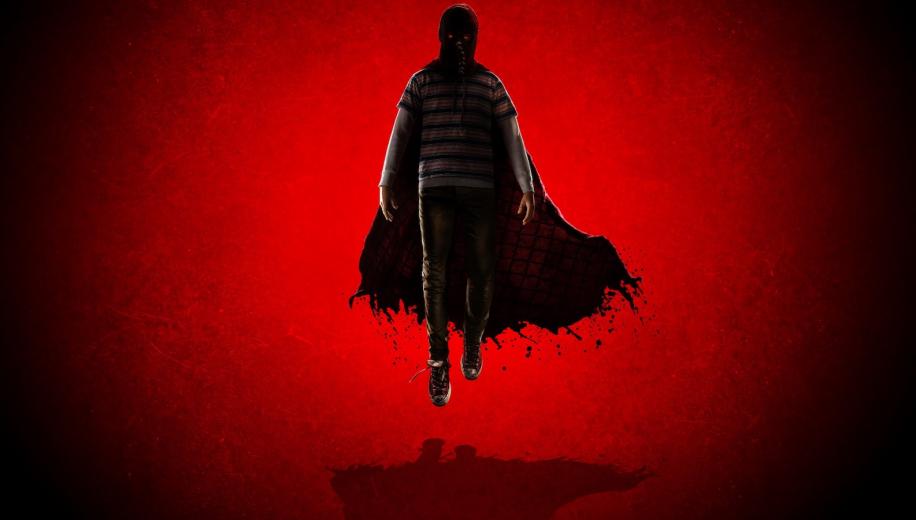 This James "Guardians of the Galaxy" Gunn-produced horror furthers the dark superhero streak Hollywood is enjoying at the moment.

It's hardly a new thing - Watchmen set the bar pretty high early on - but with Joker still wowing audiences with just what you can do with a richer, darker, more adult and character-driven piece, and DC unsurprisingly wanting to spring-board that into a whole "DC Black" label of endeavours, there is now the opportunity to expand the superhero genre sideways. And whilst a few efforts have dabbled with horrific sequences (Amazon's The Boys utilised many of the same ideas as we see in Brightburn), outright superhero horror hasn't really been explored.

Brightburn has nothing to do with Superman, or DC for that matter, but it may as well be a "what if?" scenario for a pre-teen Clark Kent, telling the tale of a small-town couple - living on a farm and without a child of their own - who find a spacecraft crashed outside containing a humanoid baby, and decide to bring it up as their son. Where Brightburn deviates from what is essentially the story of Clark Kent's childhood, is that, upon discovering that he has powers, the young boy decides to use them to get what he wants. And when his violent outbursts start to draw the wrong kind of attention, he decides that he will have to silence anybody who might cause him trouble.


Brightburn has nothing to do with Superman, but it may as well be a "what if?" scenario for a pre-teen Clark Kent

A real Gunn affair - it's not only produced by James Gunn but co-written by his brother Brian Gunn and their cousin Mark Gunn - Brightburn has a great high concept premise, which you can imagine being an easy sell to studios given the popularity of superhero movies at the moment. Indeed, it does such a committed job toward retreading those Superman origin beats that you can't help but be shocked when it suddenly takes a sharp left turn into horror. The trouble is that this soon devolves into more mundane jump-scare horror, failing to capitalise on the goodwill that the premise, and initial development, have generated.

And horror this is, with the committed cast knee-deep in it - Elizabeth Banks hasn't been this good in years and rises to the challenge of staying committed to her child even when the bodies are mounting up and it is becoming increasingly hard to ignore the truth. David Denham (The Office, Secret Soldiers), makes for a solid father as well, whilst Jackson A. Dunn works in the more evil sequences but hardly convinces at the outset when he was supposedly 'good'. The trouble is that it's quite a lightweight affair beyond its premise, soon running into hack-and-slash serial killer territory which loses inspiration the more bloody it gets. The unrestrained kills have some novelty, but behind the mutilated flesh there isn't enough thought, and it soon becomes evident that Brightburn hasn't got much more than its USP to sell you on the journey, winding up to a conclusion that's hardly satisfactory given the journey.


Brightburn makes its UK 4K Ultra HD Blu-ray debut courtesy of Sony, but only on exclusive editions available either in amaray from HMV or steelbook from Zavvi, both matching up to the earlier US release. Although a solid upgrade, the 1080p SDR Blu-ray already did an excellent job with the material, leaving differences here largely down to subtle uptick and gentle nuances.


Although a solid upgrade, the 1080p SDR Blu-ray already did an excellent job with the material, leaving differences here largely down to subtle uptick and gentle nuances

Brightburn certainly doesn't leave itself wide open for a stunning 4K upgrade, with clarity improved for sure, and some nice added texture to close-ups, clothing and facial observations, but nothing particularly jaw-dropping, largely due to the fact that Sony's Blu-ray counterpart was already a pretty demo presentation, leaving little room for overt improvement, particularly with a 2K cap and perhaps also without added Dolby Vision or HDR10+ features.

The strongest tone that Brightburn plays with is red, and this is where the Blu-ray could have fallen down, with many sequences ripe for distracting bleeding. However, the SDR variation largely held firm, giving the 4K rendition that much more work to do to distinguish itself, utilising WCG and HDR arguably a little bit too subtly, with even that aforementioned red only slightly taking on that more pervasive, penetrating glow that you might assume would have been a perfect choice for striking improvement here. There are colour depth improvements; there is more evident richness in the more vibrant tones - and red is certainly one of the strongest players in the HDR toolkit in general, so that's where the best comparisons work - so this is hardly a failure in terms of 4K presentations; a rendition that's hard to overtly fault and is merely struggling to best what is already a largely exemplary Blu-ray counterpart.


More striking is the upgrade to Atmos

Dialogue remains firmly prioritised throughout, clearly disseminated across the frontal array, although there are some nice surround placement effects for the whistling sequence(s). Effects favour shock tactics, with powers evident much like you'd expect from the Man of Steel himself, only here with a darker, more unrestrained edge, as super-speed slices through the air - and flesh - and heat-vision will burn a molten core right through you. Incidental noises at school and on the streets are well-observed, creating a nice ambience, whilst the key stalking setpieces play nicely with nuance against an almost silent backdrop. The score gives the entire affair a guttural underpinning, with LFE weighty and invasive, belying the initially warm Superman-esque upbringing with patently ominous undertones. It's a striking mix.

Sony's UK 4K Ultra HD Blu-ray release of Brightburn matches up to its US counterpart on the extras front too, and similarly only ports over the Commentary onto the 4K disc itself, with the remaining Featurette-based extras on the Blu-ray.

It's a decent enough but unexceptional selection, bolstered by that aforementioned Commentary, with the short Featurettes not really offering any more insight, and a few trailers to round out the package.

Brightburn's UK 4K Ultra HD Blu-ray disc comes as either an HMV exclusive amaray edition or a Zavvi exclusive steelbook, perhaps worryingly tipping off the faith that Sony has in the film and the ensuing release. Nonetheless, it's strong work, with decent video that struggles to distinguish itself from the already impressive Blu-ray, and considerably better Atmos audio which makes the upgrade almost worth it by itself, as well as the same set of extras, albeit on the Blu-ray. Fans should consider it a solid purchase.