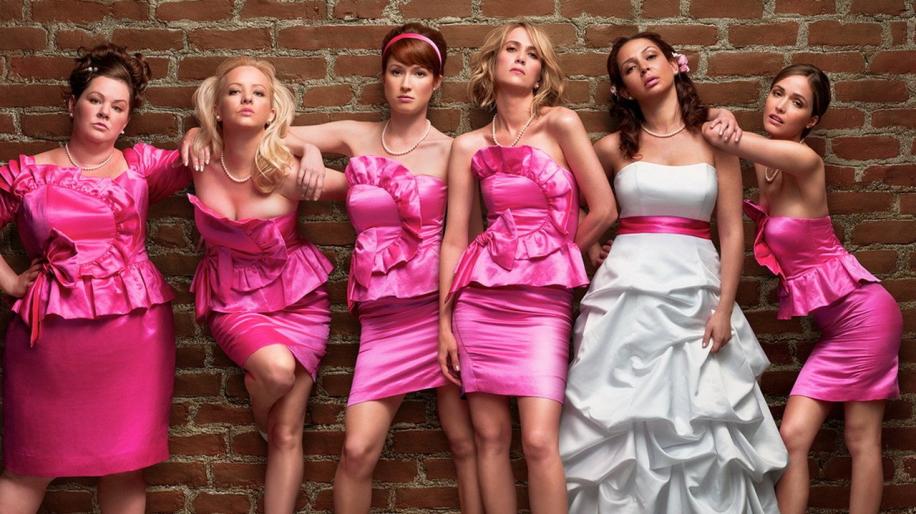 “The best comedy since the Hangover”. That’s all I hear these days. I loved The Hangover, but I’m not entirely sure it quite warrants comparison with every subsequent comedy that comes out. Knocked Up? Superbad? Shaun of the Dead? These were all relatively recent, better comedies. Yet every time a new comedy comes out, there is a chance that somebody somewhere will get quoted as saying “this is the best comedy since the Hangover”. It happened with The Other Guys, Date Night, Zombieland(!!), and even the horrendous Death at the Funeral, where none other than film critic Roger Ebert came out with the phrase. Somewhat ironically, few people said such a thing about the lacklustre re-tread sequel The Hangover Part II. Bridesmaids? It was obviously going to face comparison – justifiably too considering the subject-matter – but many critics, and audiences, appeared to concur that this was not only the best thing since The Hangover but it was the best comedy of the decade. You have to wonder though: is this a great comedy when compared to all the other great comedies, or does it just stand head and shoulders above your standard female-driven rom-com ilk? The latter, I would certainly agree with.

Annie is a 30-something single woman who is in a bit of a slump. Although something of an amazing cake-maker, her bakery went under, and her boyfriend left her as a result; her mother getting her a simple job working in a jeweller’s. Now she lives in a flat where she can’t afford to pay the rent, with a couple of odd individuals who certainly don’t act like the brother and sister that they are supposed to be, and dates a guy who generally prefers if she is gone before dawn. So when her best friend since childhood, Lillian, announces her engagement, and asks that Annie be her maid of honour, she leaps at the chance to get some purpose and direction in her life, and sets out to do the best by her friend. Unfortunately things don’t go quite according to plan. It turns out that Lillian has a new best friend, much to the chagrin of Annie – the too-perfect-for-words Helen, who, right from the outset, makes it clear that she thinks that she should be maid of honour. So, after a couple of Annie’s plans for the bridal party go awry, the pressure is on for her not to lose the job, and lose her friend in the process.

If Bridesmaids was taken purely as an example of just how good a female-driven R-rated comedy can be, then I can see why it has garnered so much interest. If it were cited as a potential direction in which standard Rom-Coms could go in the future, then it is also quite noteworthy (particularly since there’s been better comedy and romance in non-rom-com films like Out of Sight, Monsters, and The Adjustment Bureau than almost all the Sarah Jessica Parker / Jennifer Lopez / Jennifer Aniston standard rom-coms rolled into one). Bridesmaids is certainly unusual in these respects; it proves that women can do r-rated humour almost as well as men (sorry, but, in general, it has not been shown to be their forte), and that comedies like this can get to the nub of what makes some women tick and make it humorous at the same time. Is it as good as The Hangover? No, and The Hangover isn’t even the cream of the crop; Bridesmaids doesn’t stand a chance against Knocked Up or Superbad. Is it one of the best comedies of the decade? Well, if you’re talking Top 50, sure. Top 10, not so much. If, however, you’re looking at it being the best of its kind, then Bridesmaids is easily that, because there simply aren’t that many female driven r-rated comedies out there.

I’m jumping the gun a bit, however, because I should really point out just how many things Bridesmaids has going for it. It has a decent lead in Kristen Wiig (the hilarious exec from Knocked Up), who is not quite funny enough to drive a two-hour comedy, but is still largely very good indeed, generating some truly laugh out loud sequences. She’s both likeable enough to root for and fallible enough to empathise with; and she goes through plenty of traumatic incidents, which produce a generous amount of sympathy. Her degrading behaviour with the only man in her life is something I’m sure many will be able to relate to – knowing somebody isn’t good for you, but being unable to move on nonetheless – and is also the source of some great jokes, from the opening sex scene, to the morning after, to the dialogue with her and her best friend. The chemistry between them is great too, Maya Rudolph making for a great ‘straight’ foil for Wiig’s antics.

As a whole, the bridesmaids themselves are quite a good group: the bitter, cynical, experienced mother-of-teenagers Rita, and the naive, repressed, and idealistic newlywed Becca (both played by classmates of Wiig’s, and both from the US version of The Office) get in a few jokes; although the other two, the raunchy, robust Megan and the aforementioned, too-perfect Helen, often steal their scenes. Megan is a brilliant new take on the trademark ‘fat girl’, and is arguably the most atypical character, and Rose Byrne (Get Him to the Greek, X-Men: First Class) is suitably distracting as Helen. Even Jon Hamm manages to make the most of a trio of tiny but integral moments as the self-centred guy who the lead character Annie shacks up with purely because she has nobody else to turn to.

Unfortunately, the good, whilst not outweighed by the bad, is certainly tainted by it. You see, there is absolutely no reason why this movie should run at 2 hours and 5 minutes. I watched the extended ‘Unrated’ version first, which takes the movie to 2 hours and 13 minutes, and then figured that the Theatrical cut would actually solve this problem – and be better for being shorter – but, whilst it is, it only adds to four unimportant scenes (a terrible joke from the mother, a vaguely funny joke around the table at the restaurant, a moment where Annie has to stop the car to throw up, and an awful scene where Annie catches her flatmates – who are brother and sister – shaving each other in the bath), rather than extending a whole host of scenes throughout the movie. As a result, the numerous comedy scenes throughout the movie, whichever version you watch, are just too long.

Almost every joke goes on far beyond its optimum moment of comedy. Whether it be the opening sex scene, the food poisoning aftermath (use your imagination), the airplane silliness, or Annie’s tantrum at the baby shower – they all go over the top, and go on for far too long, wearing the joke thin and far outstaying their welcome. Just for added measure we get two ridiculous montage moments – the first one where we get to see, in far too much detail, Annie make a cupcake; I guess this is the equivalent of a training montage in a Rocky movie, but it just feels like wasted running time in an already over-long film. Even though it is so long, only the core characters receive any kind of development, with the rest of the bridesmaids suffering as a result – to make matters worse, instead of developing the key group, we get several extraneous characters who could have simply been culled altogether: Annie’s mother is just crass and crazy, and not in a funny way, and her flatmates are just plain weird, again, not in a good way. Annie’s new love interest is also only partly effective – it’s a nice idea, the sympathetic, funny, beleaguered cop, but Chris O’Dowd’s policeman is plagued by a totally indiscernible accent. Honestly, it’s worse than Crowe in Robin Hood – you can’t tell what O’Dowd, naturally Irish actor, is going for, the accent drifting from American to Irish to Cornish seemingly on a complete whim. It highly diminishes the character’s credibility, which is a shame because his role, and their romance, is actually quite well developed.

Credit where credit’s due, Bridemaids does have heart and soul where so many similar comedies – and rom-coms – simply don’t, but this does not make up for the fact that, more often than not, it wears out its welcome, and runs its jokes dry. It’s just a case of poor editing, and poor direction, which is mostly the fault of debut director Paul Feig. He previously directed a whole bunch of episodes of The Office (and Mad Men, hence why we see characters from both those shows in this film), and you can see how, with a considerably more restricted running time, he can actually create a decent, streamlined, and thus continuously funny end result. Clearly nobody wanted to cut this down to a more effective runtime, and it suffers fatally as a result.

Bridesmaids is not a bad movie at all – it effortlessly manages to remain both comparable to, and yet so refreshingly different from The Hangover (rather than retreading exactly the same plot, like the insipid Hangover Part II did). It’s actually got some great moments, and some good moments; some great characters, and some good characters – and it stands head and shoulders above any other female-driven comedy out there, and pretty much all the rom-coms out there; but it is far from the ‘best comedy since The Hangover’, and all the praise lavished on it over the last few months has been distinctly counter-productive: after all, how could any film live up to all this hype?